Former NSW Trade Minister Stuart Ayres’ swift fall from grace has been compounded by a $300,000 income drop for him and his partner.

Mr Ayres resigned on Wednesday in the wake of the John Barilaro ‘dream job’ saga.

A draft review into the Barilaro job scandal – in which a senior public servant was promised the $500k posting in New York only for it to be then handed to former Deputy Premier Barilaro – found Mr Ayres may have breached the ministerial code of conduct over the matter.

Mr Ayres and Liberal senator Marise Payne were for many years known as the leading NSW political power couple, with a combined salary of almost $700,000 to match.

But when the Liberal-National Coalition lost power in May, Ms Payne lost her job as Foreign Minister and her income fell overnight from $364,410 to $217,060.

If that sharp fall caused the tightening of belts in the Payne-Ayres household, it was nothing compared to this week, when Mr Ayres moved from the ministry to the backbench and had his salary sliced from $333,072 to $172,576.

By comparison, the average Australian disposable household income for the last financial year was $1,124 per week.

The Payne-Ayres household’s disposable income could take another serious hit seven months from now, though.

While Ms Payne is showing no sign of wanting to leave parliament – despite Peter Dutton excluding her from his shadow cabinet – Mr Ayres faces a stiff electoral test in the NSW state election in March. 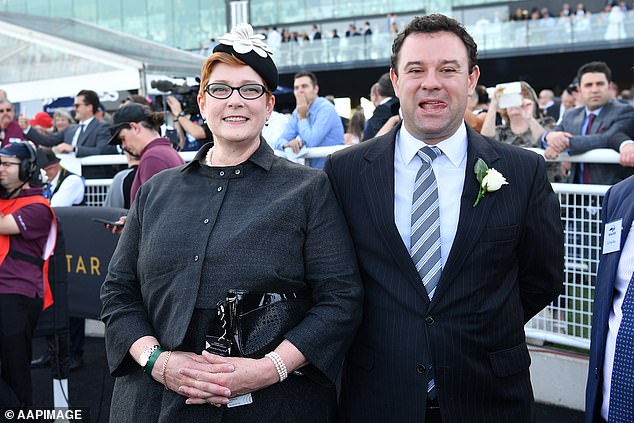 Marise Payne (left) who was then the Australian Foreign Minister, is pictured with her partner, the then NSW Minister for Jobs Stuart Ayres at Royal Randwick Racecourse in Sydney, on April 6, 2019

He holds his seat of Penrith by a 1.3 per cent margin, making it very vulnerable to Labor if it can capitalise on a horror few months for the Liberal-National Coalition.

Ms Petinos was accused of calling a staff member ‘retarded’ and ‘stupid’, which she strenuously denies. 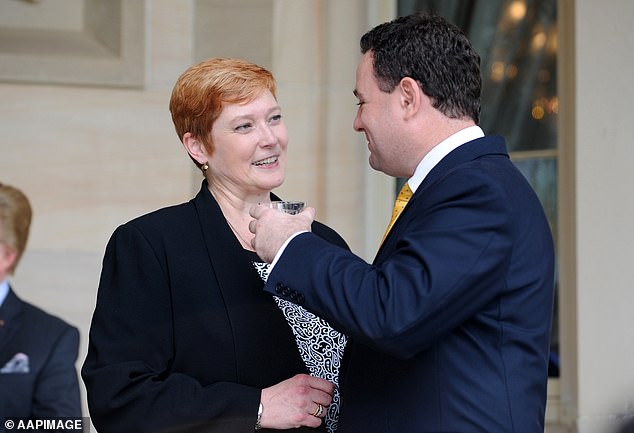 And Kiama MP Gareth Ward resigned from the ministry and moved to the crossbench due to a police investigation into him.

In March, Ward was charged over allegations of sexual abuse against a man and a 17-year-old boy.

Mr Perrottet hinted that Mr Ayres had little choice but to resign, saying ‘Very simply, I based my decision making on the information that I received’.

Mr Ayres said the interim report raised ‘a question as to whether I breached the ministerial code of conduct.

‘In my view, no such breach has occurred. However, I agree it is important that this matter is investigated appropriately and support the Premier’s decision to do so.’

NSW Coalition in chaos: A timeline

July 31:  Fair Trading Minister Eleni Petinos sacked over allegations of bullying, including that she called a staff member ‘ret**ded’ and ‘stupid’, which she strenuously denies

June 30: Former deputy premier John Barilaro pulls out of his cushy $500K taxpayer funded job in New York that he was handed ahead of a deserving candidate – after massive backlash

March 22: Former minister Gareth Ward charged over allegations of sexual abuse against a man and a 17-year-old boy