She has delivered consistent box office gold ever since making her stunning Hollywood debut opposite Leonardo DiCaprio in Wolf of Wall Street back in 2013.

But the dream run for Margot Robbie has taken its first major hit as reviews for her latest film Amsterdam continue to give the flick a resounding ‘thumbs down’.

The blow comes fresh off the back of more questionable publicity for the Australian actress following an incident in Argentina where her friends were arrested after a scuffle with paparazzi, coupled with her high-profile friendship with ‘erratic’ British model Cara Delevingne. 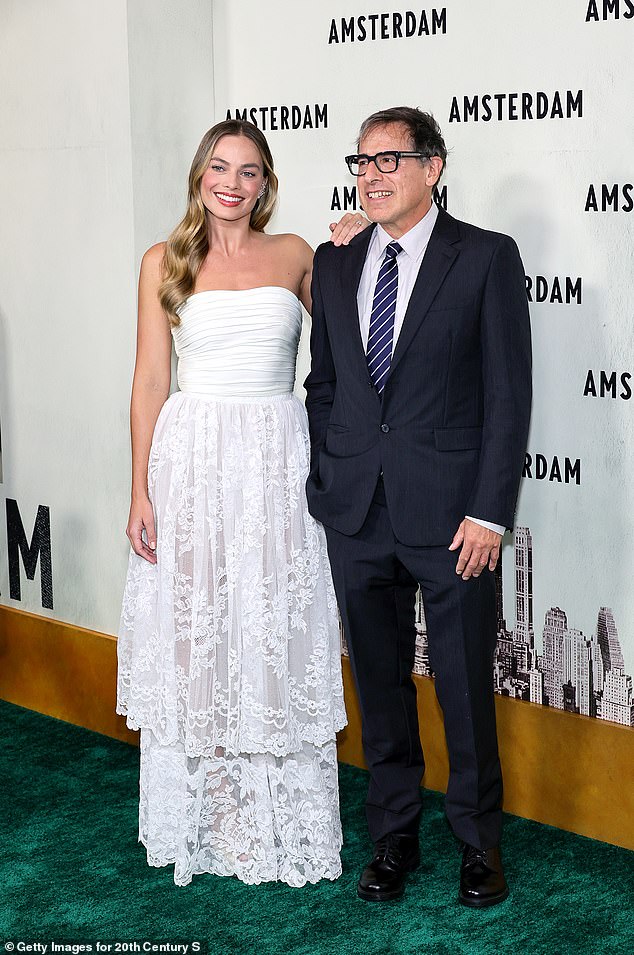 Critics have piled on to the David O.Russell-directed film – his first since under-performing Joy in 2015 – with the majority agreeing it’s an overcooked mess that not even its all-star cast can rescue.

‘Simultaneously overstuffed and undernourished, frantic and meandering, Amsterdam is one big, star-studded, hot mess of a movie,’ declared RobertEbert.com.

The Chicago-Sun Times’ Richard Roeper called it a ‘jaw-droppingly terrible, interminably dull…’ while The Times UK summed it up as ‘terribly written by Russell and obtusely edited (huge gaps between lines)… it’s mostly an endurance test’.

The film is projected to lose at least $100million at the box office after suffering a disastrous opening weekend in the US where it took just $6.5million for studio New Regency and distributor Disney. 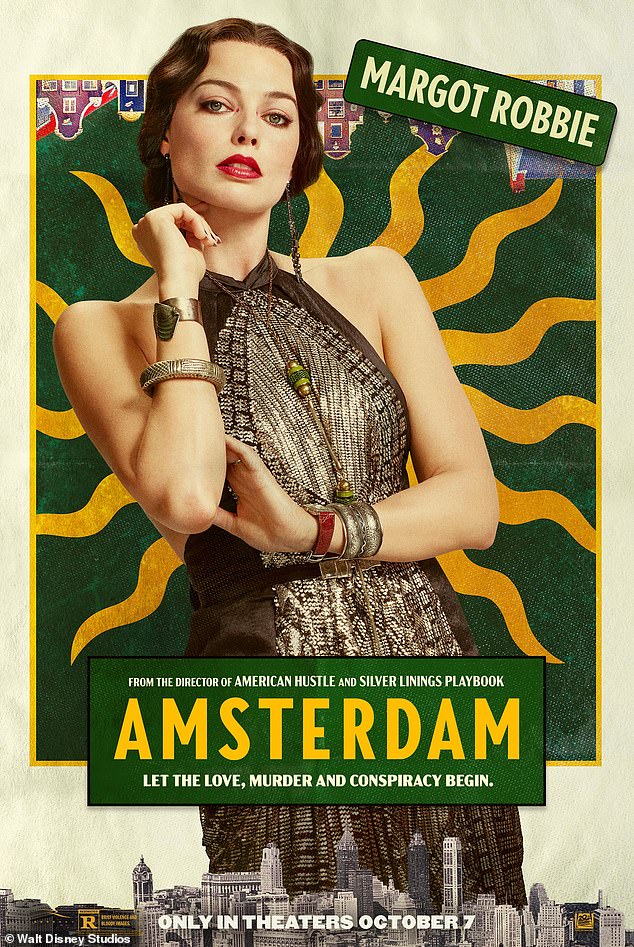 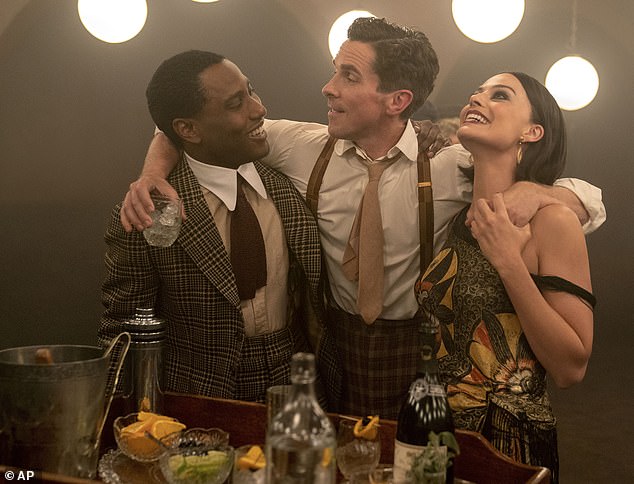 During the high-profile incident in Argentina, Robbie and Delevingne had just finished a meal at the famous hotspot Patagonia Sur in Buenos Aires at 3am, local time last Sunday when a local photographer allegedly tried to take their picture.

British movie producer Josey McNamara, who is also a producer on Robbie’s upcoming Barbie movie, and British key grip Jac Hopkins got into a scuffle with photographer Pedro Alberto Orquera, who claims the two men became angry at his presence and chased him down the street.

Surveillance camera footage shows Orquera running with people in pursuit, and then falling near an oncoming car.

He was later treated in hospital for cuts and a broken arm.

The two filmmakers were arrested and taken to a police station for questioning before being charged with assault.

The incident once again thrust the pair’s unlikely friendship into the spotlight just weeks after images, obtained exclusively by MailOnline.com, showed Robbie looking visibly distressed after she visited Delevingne at her Los Angeles home. 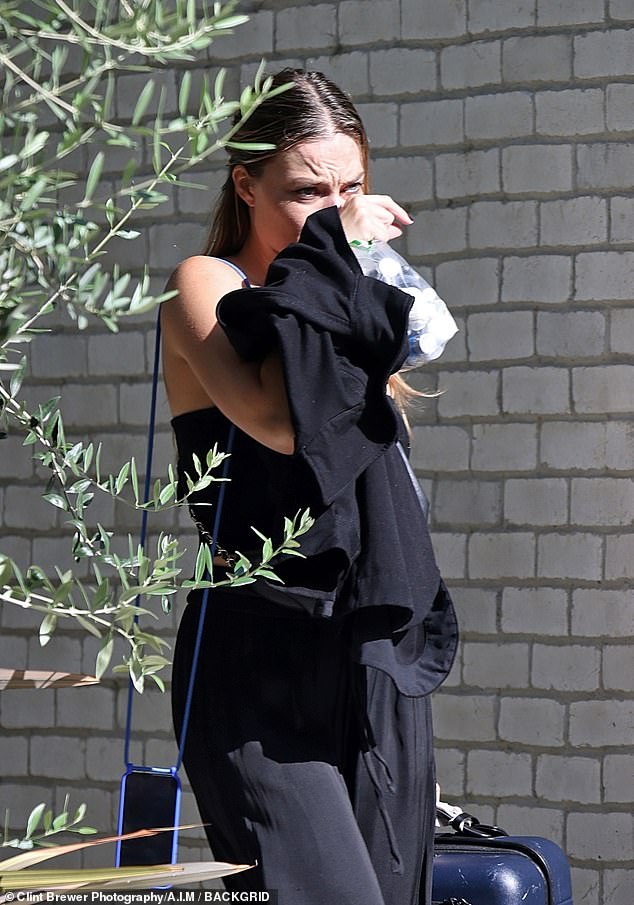 A visibly distraught Margot was seen being driven out of Cara Delevingne $7million home on Sept 12 in a chauffeur-driven SUV. She later surfaced at LAX airport 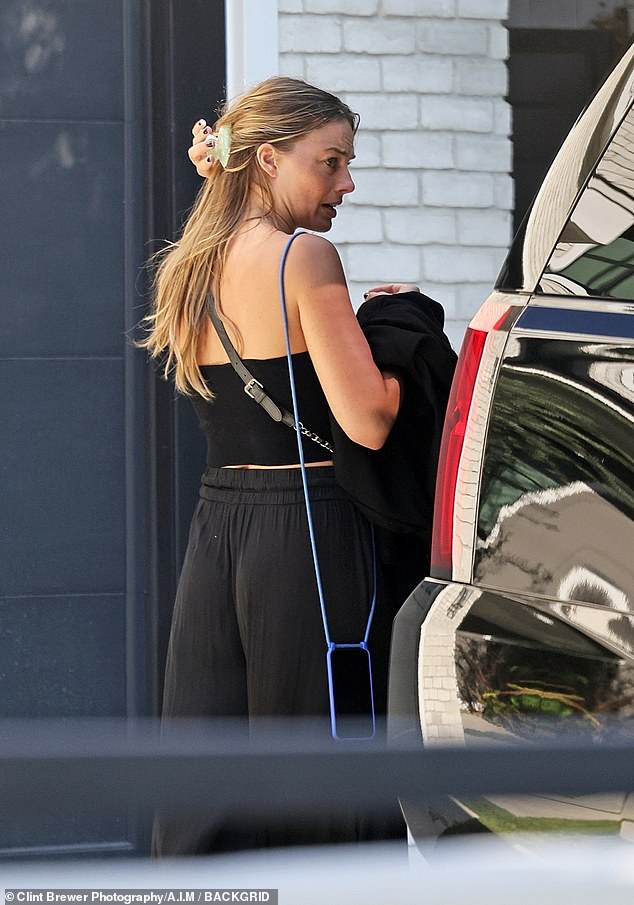 Cara, who had recently returned from several days attending the Burning Man music Festival in the Nevada desert, had earlier been photographed looking tired and dishevelled and, at one point, was seen smoking a pipe of some kind.

Sources told DailyMail.com at that time the she didn’t eat or shower while at the event.

The source said: ‘She had just spent days in the desert, not eating all that much and she looked dishevelled because she hadn’t had time to scrub up yet.’

He went on: ‘Her friends are worried about her generally after some erratic behaviour, but she has a good group around her. Her sister was at the festival with her. She wasn’t alone and she has her back.’

However the strange behaviour started weeks earlier when she, Robbie, and her other friends went on a holiday to Spain in August to celebrate Delevingne’s 30th birthday.

At one point a wide-eyed Cara can be seen wiping cake frosting across her face during the celebrations which were held over several days aboard a super yacht off the coast of Formentera.

Ever since then, the Carnival Row actress appeared increasingly erratic in public.

In September, a video of Delevingne acting strangely by flailing her arms and seemingly unable to sit still while outside Van Nuys Airport in LA made headlines. She later boarded one of Jay-Z’s private jets and didn’t get off until 45 minutes later – even though the flight never took off. 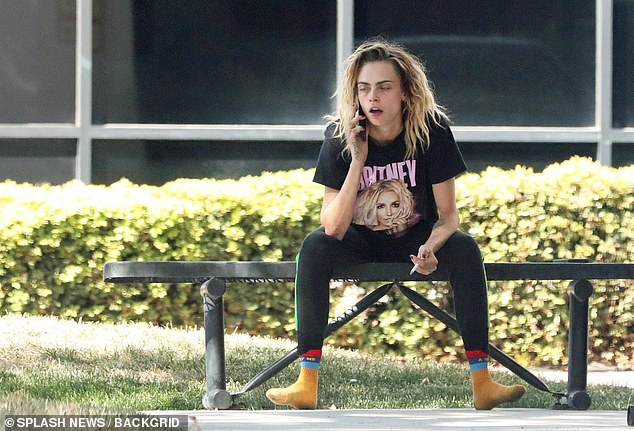 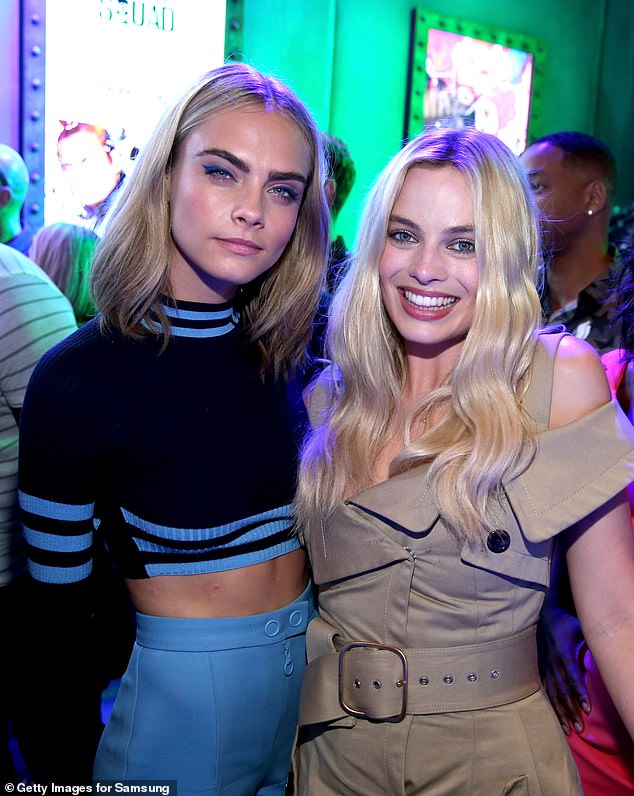 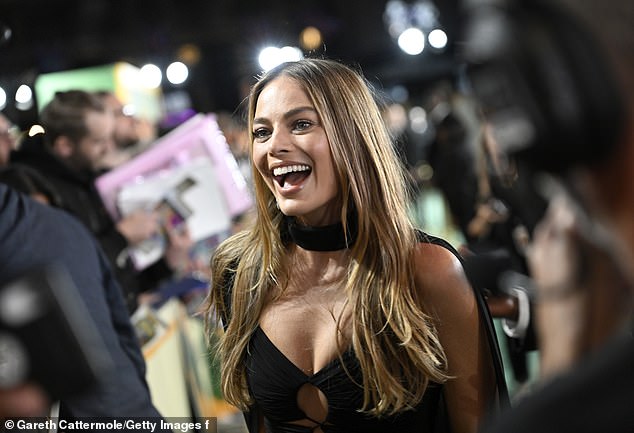 A visibly upset Robbie was seen visiting Cara at her LA home soon after, and just two weeks before the most recent incident in Argentina.

A source noted the closeness of Robbie and Delevingne has not gone unnoticed by many in the industry, with many wondering what Hollywood’s ‘darling’ and the troubled British model/actress have in common.

‘Margot has a possible Oscar contender on her hands with Barbie. But the (Academy of Arts and Motion Pictures Sciences) also read the tabloids.’ 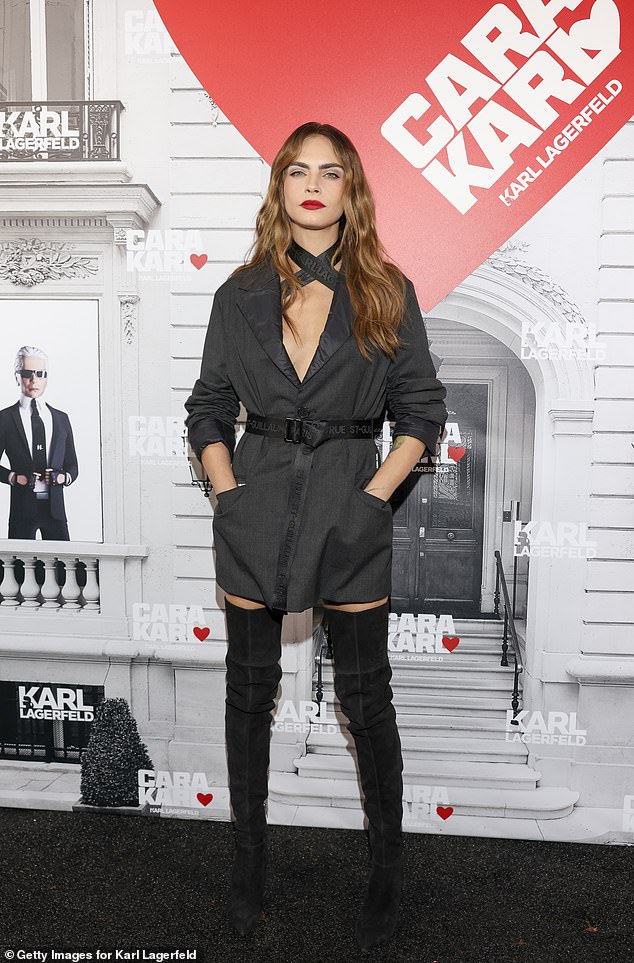 ‘Margot has a possible Oscar contender on her hands with Barbie. But the (Academy of Arts and Motion Pictures Sciences) also read the tabloids.’

It’s understood the origins of Margot and Cara’s tight bond go back to even before the pair teamed up on Suicide Squad – the 2016 DC Universe flick which was considered a box office dud. 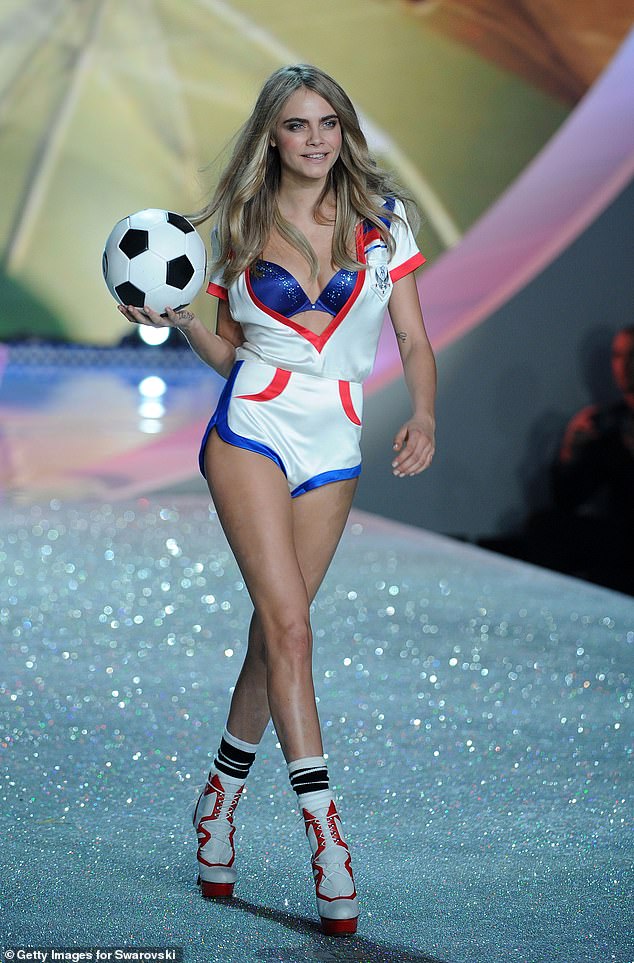 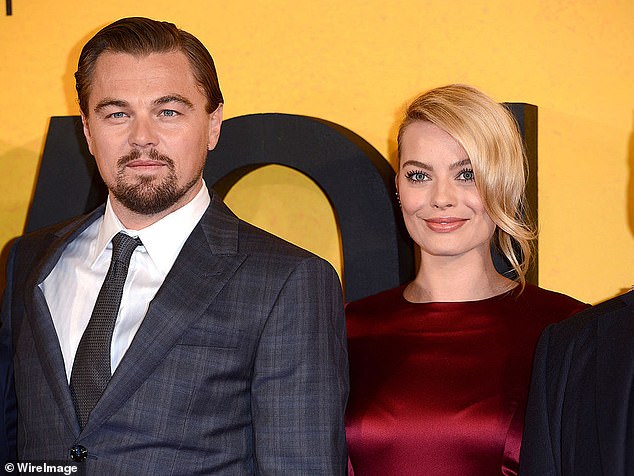 Margot seen here with Leonardo DiCaprio at the premiere of Wolf of Wall Street in 2014. The movie would propel the Aussie on to the Hollywood A-list

Explaining to Entertainment Tonight back in 2020, Robbie said the pair struck up a friendship at a social event before filming began.

‘Cara, who I’d never met before, was about five metres away from me and her ears just pricked up and she said, ‘Did someone say tequila?’

The actress added: ‘I genuinely love her. I do.

‘I’ve done very intense projects with people that I haven’t stayed in contact with, so I know it from both sides.’