Brittany, 34, shared an Instagram post in August of herself putting on makeup with the caption, ‘I’d really like to thank my parents for not changing my gender when I went through my tomboy phase. I love this girly life.’

The post garnered intense online backlash, with many – including Maren – accusing Brittany of being ‘transphobic.’

Feud: Marren Morris, 32, launched a T-shirt with Lunatic Country Music Person on the front amid her feud with Brittany Aldean

The Chasing After You singer responded to the Fox News host’s comment calling her a lunatic by creating a T-shirt to raise funds for trans youth. At the top of her post, she typed, ‘ATTN Lunatics.’

She added a screenshot in an additional photo that showed herself being called a lunatic during Tucker’s show.

Following the feud, Brittany also released her Barbie-inspired clothing line, and wrote, ‘Per usual, my words have been taken out of context over the last week.’

‘Instead of getting twisted about the twisting of my words, I’ve chosen to bring some good out of it,’ she added.

Brittany then stated a portion of the proceeds will be donated to Operation Light Shine to help fight human trafficking and child exploitation.

New line: The vlogger recently release her new Barbie inspired clothing following the feud with Marren and other stars such as singer, Cassadee Pope 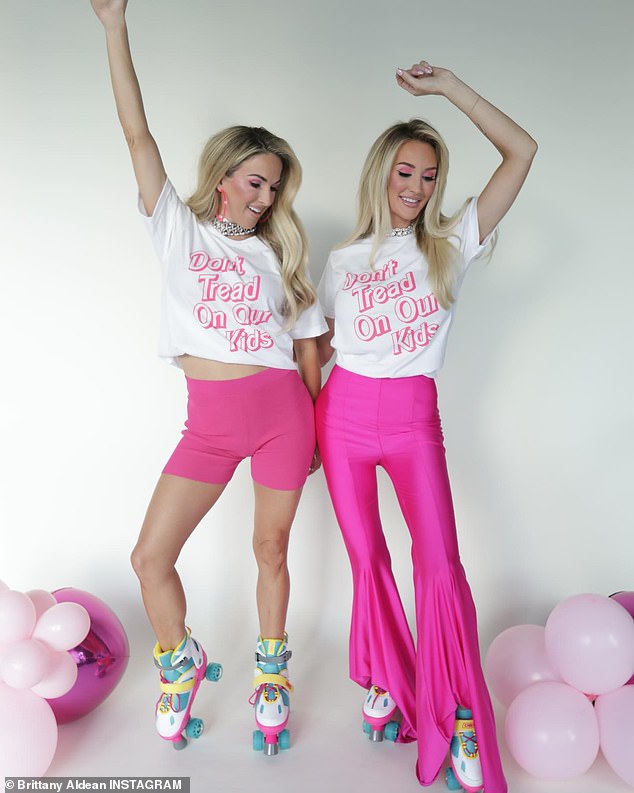 Launch: The beauty launched her new line amid the feud, and added a shirt with Don’t Tread On Our Kids printed on the front

After Brittany’s caption to her short makeup clip, Maren was just one of many that slammed the vlogger.

The country music star jumped to her Twitter in response, typing out, ‘It’s so easy to, like, not be a scumbag human? Sell your clip-ins and zip it, Insurrection Barbie,’ she added, referencing to the January 6 riot at the U.S. Capitol in 2021.

Morris’ husband, Ryan Hurd, also tweeted that ‘Scoring quick points by picking on trans kids isn’t something that is brave at all.’

Fellow country star, Cassadee Pope, also joined in and responded with ‘You’d think celebs with beauty brands would see the positives in including LGBTQ+ people in their messaging. But instead here we are, hearing someone compare their ‘tomboy phase’ to someone wanting to transition. Real nice.’

She also took to Instagram sharing a photo of herself and stating ‘ POV: Knowing you got under someone’s skin you don’t like in the first place.’ 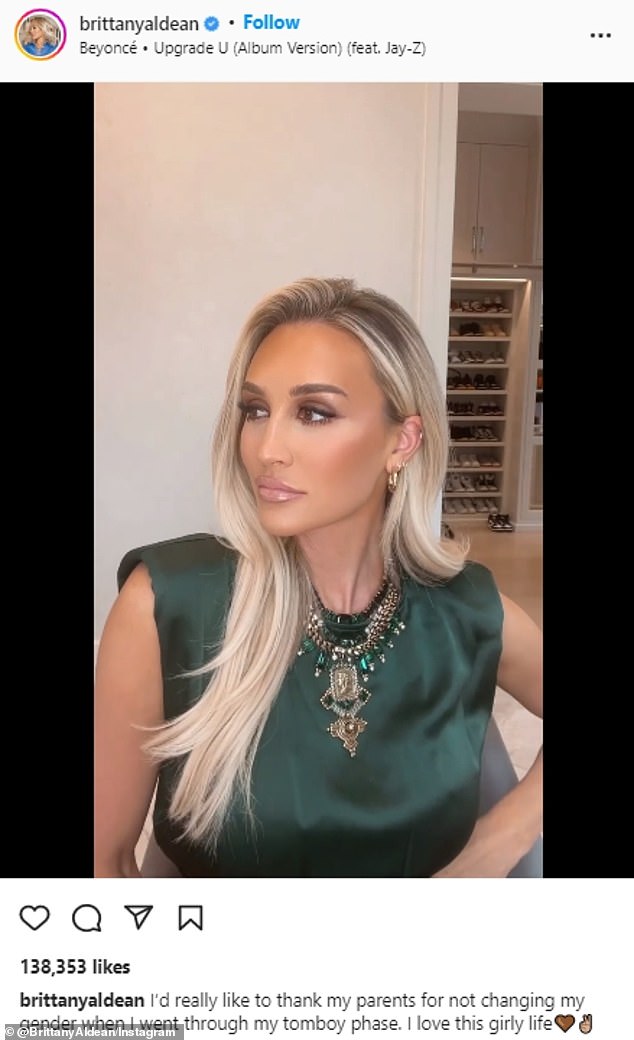 Caption: Brittany’s caption on her Instagram post she shared last month in August prompted backlash and got slammed by country stars, Marren and Cassadee Pope

Brittany jumped to her social media to defend herself, and shared her own thoughts in which she compared ‘gender-affirming care’ to ‘genital mutilation’ in one slide.

‘Some parents want to be accepted by society so badly that they’re willing to make life-altering decisions for their children who aren’t old enough to fully comprehend the consequences of their actions.’

Another slide questioned whether children younger than 18 should be able to choose to take puberty blockers, or undergo gender reassignment surgery. 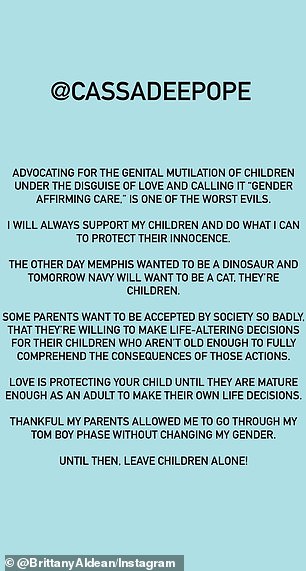 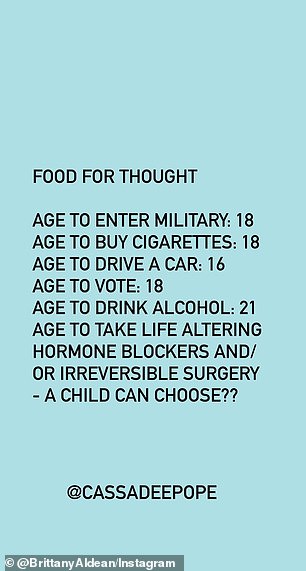 Defending herself: Following the public backlash from Maren and Cassadee, Brittany also jumped to her social media to share her own thoughts 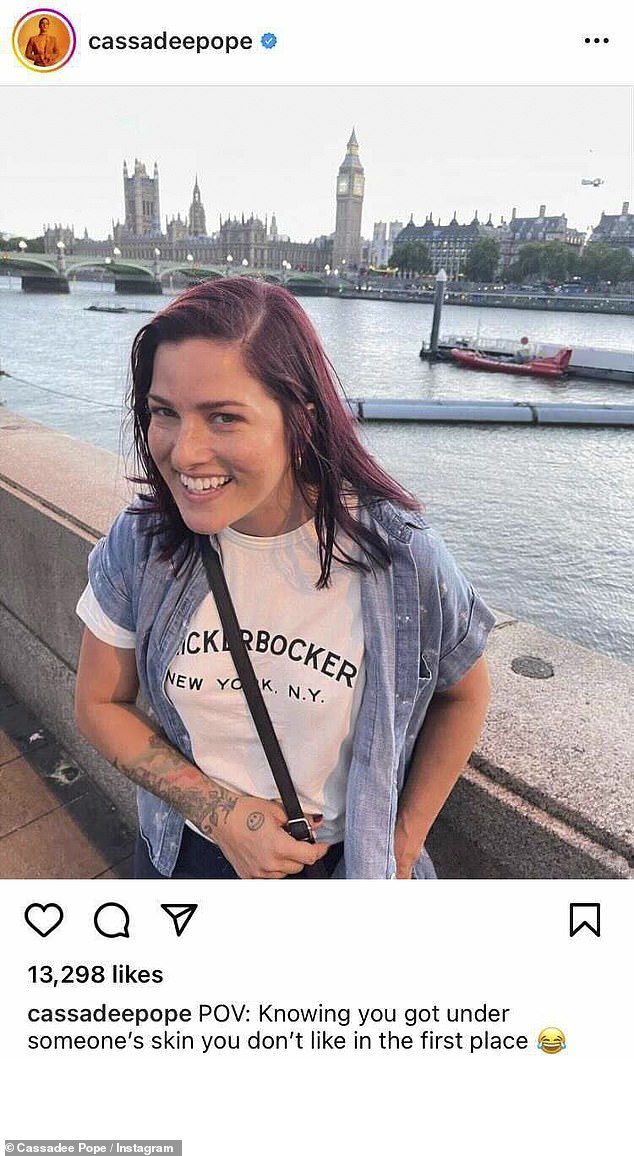 Puberty blockers have often been described as ‘reversible,’ but scientists say there is insufficient research on their side effects.

Maren answered some of the remarks with her own video in Instagram stories, explaining,’ Ya’ll have been so sweet and supportive today of me and Cassadee. I will say, like, we can handle this s**t, we’ve dealt with idiots for years, you know, saying insanely stupid stuff at us, but like, I would say check on your trans friends, check on your gay friends, anyone that like, is in country music and had to look at that bulls**t today and feel subhuman.’

During an interview with Tucker Carlson, Brittany discussed her post, expressing, ‘I never thought there was anything wrong with it.’ 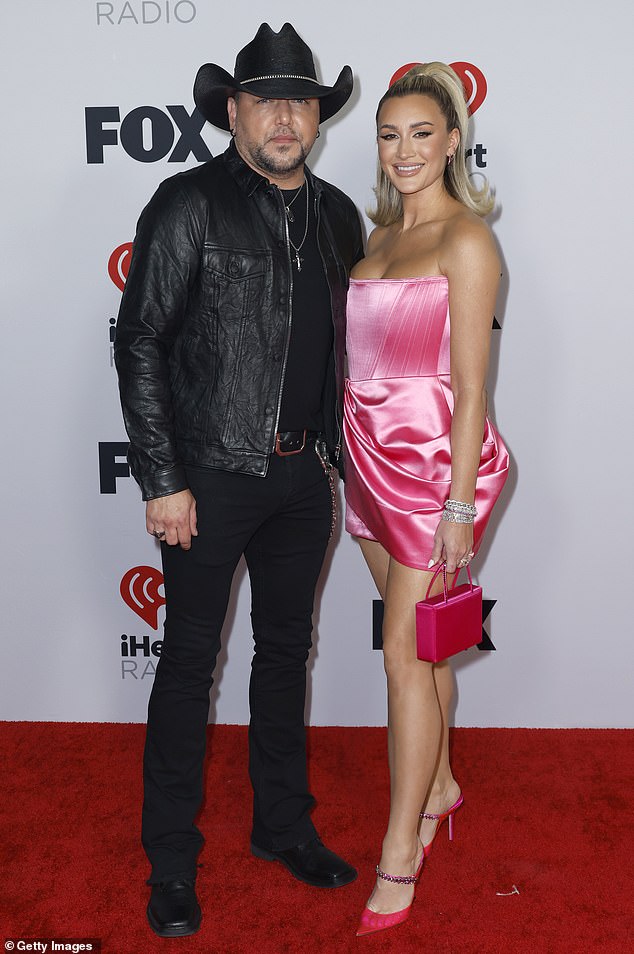 Double down: The conservative activist doubled down, tagging the Say It First singer with comments comparing gender-affirming care to gender mutilation; Jason and Brittany seen in March 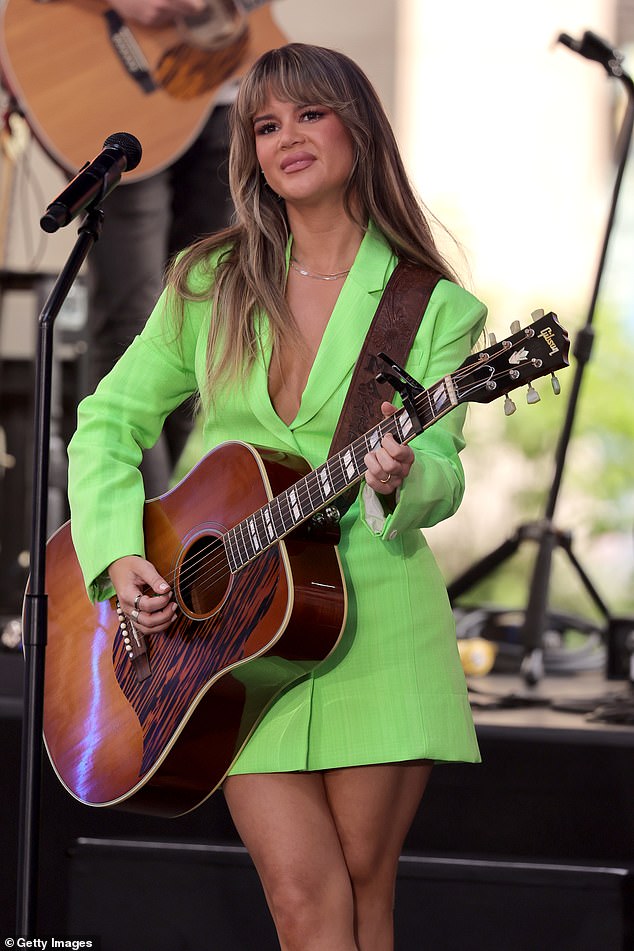 Maren answered some of the remarks with her own video. The My Church singer thanked fans for their support and said,’ check on your trans friends, check on your gay friends, anyone that like, is in country music and had to look at that bulls**t today and feel subhuman’