Maren Morris showed off her incredible frame in a bikini during her Mexico break with husband Ryan Hurd on Wednesday – after landing three Grammy nominations.

The country music star, 32,  wowed in a zebra-print two-piece as she posed in front of a pool with the ocean in the backdrop.

In a reference to her bikini, the Chasing After You star simply shared three zebra emojis in the caption.

Tropical getaway: Maren Morris, 32, struck a few poses in a zebra-print bikini while on a tropical getaway to Tulum, Mexico with her husband Ryan Hurd

With the sun glaring down, she also sported a pair of brown and black frame sunglasses.

A second photo showed the singer-songwriter’s feet as she laid back on a lounge chair with the same view of the pool and ocean in front of her.

For the final image, Morris took a closeup selfie that gave her 1.6 million Instagram fans and followers a good look her toned figure and zebra-print swimsuit.

Earlier on Wednesday, Morris learned she was nominated for three Grammy awards for the upcoming 65th Annual Grammy Awards that includes Best Country Album for Humble Quest and Best Country Song and Best Country Solo Performance for her hit song Circles Around This Town, which she co-wrote with her husband as well as Jimmy Robbins and Julia Michaels. 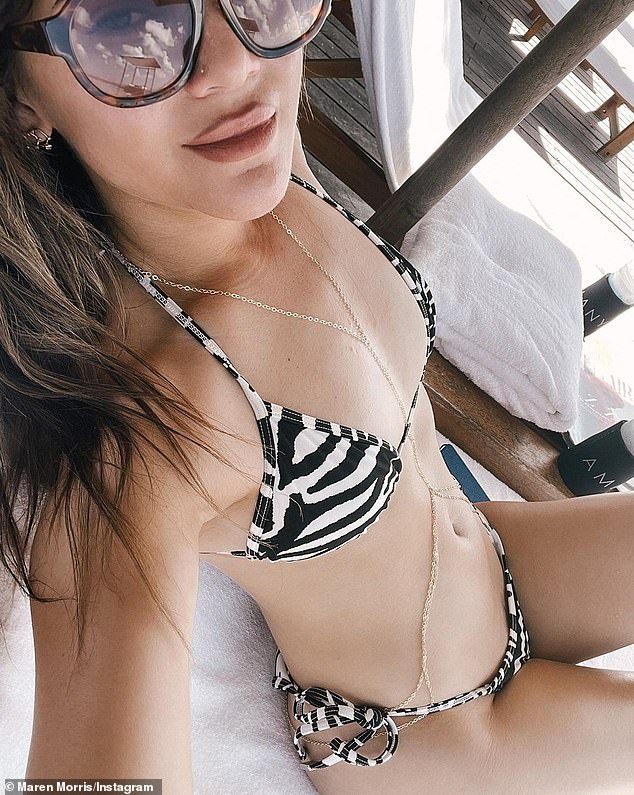 Revealing: The country music star, 32, wowed in a zebra-print two-piece as she posed 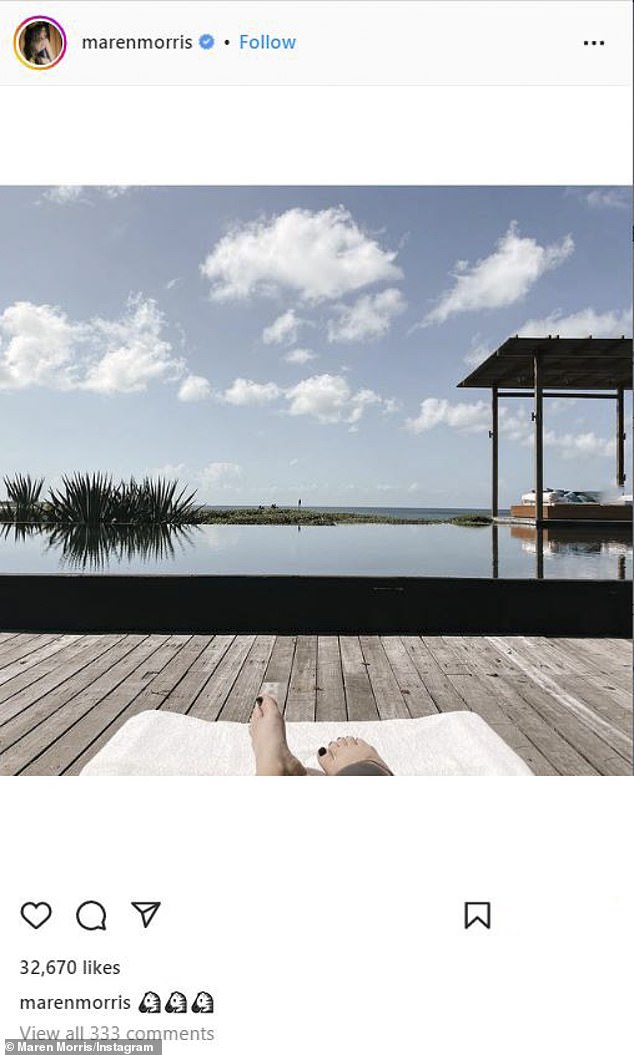 Scenic: The star shared a photo of her scenic surroundings Romantic: Morris shared some sweet sentiments to her husband after getting their Grammy news

Morris had previously been nominated for 14 Grammys that resulted in one win for Best Country Solo Performance in 2017 for her song My Church.

The country music star acknowledged the honor with a humbled message of love to Hurd, who’s successful country music artist in his own right, all while sharing gratitude for sharing their lives in music.

‘Getting to do life and music with you is a privilege,’ she began. ‘You never make me choose one or the other. It’s beautiful, frustrating, jet-lagged, exciting and all encompassing. And hey, we got a freaking country song of the year nomination together.’ 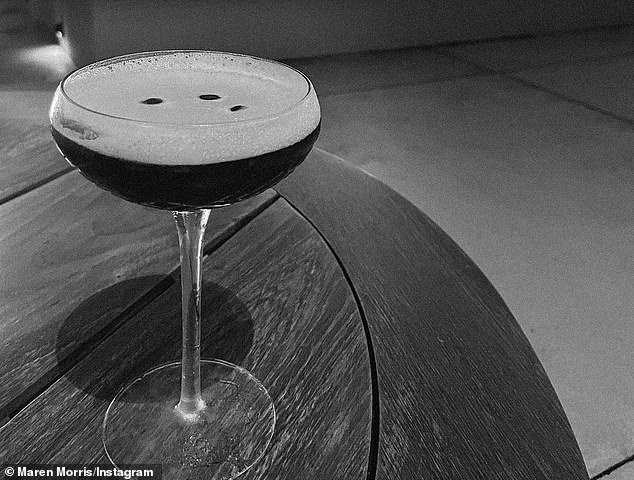 Celebratory: The Arlington, Texas native also sipped on some champagne while celebrating 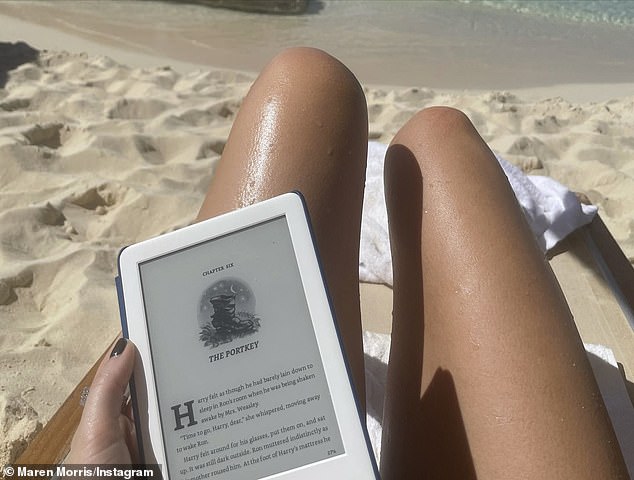 Fun in the sun: Morris could also be seen reading on the beach just feet from the incoming ocean waves 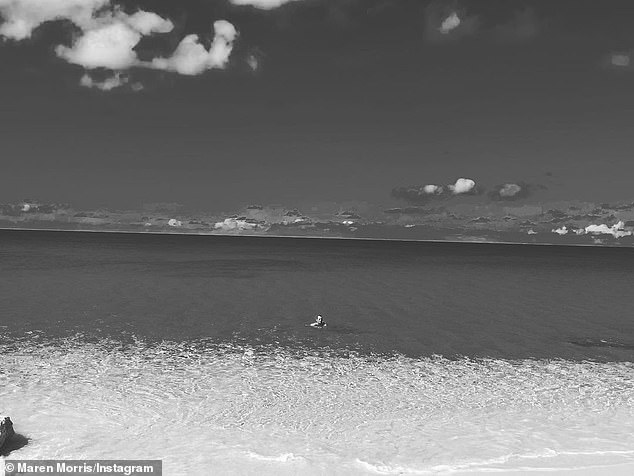 Soaking it up: The post also showed Hurd enjoying the water during a swim 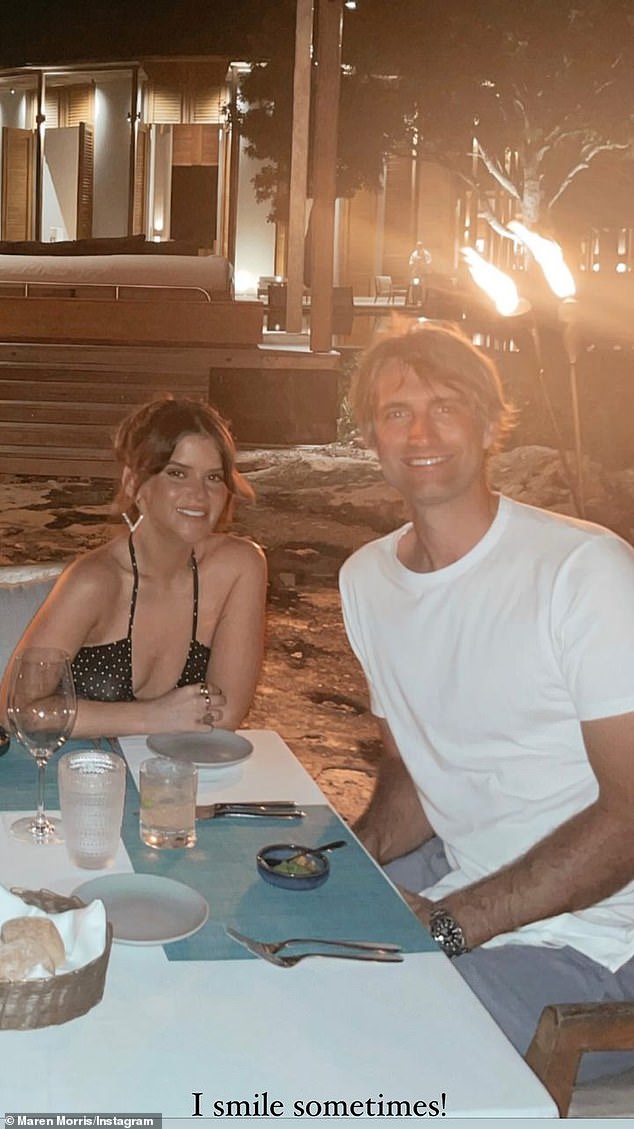 Beaming: Morris confessed that she does ‘smile sometime’ in a photo with Hurd, 36, during their Mexican getaway 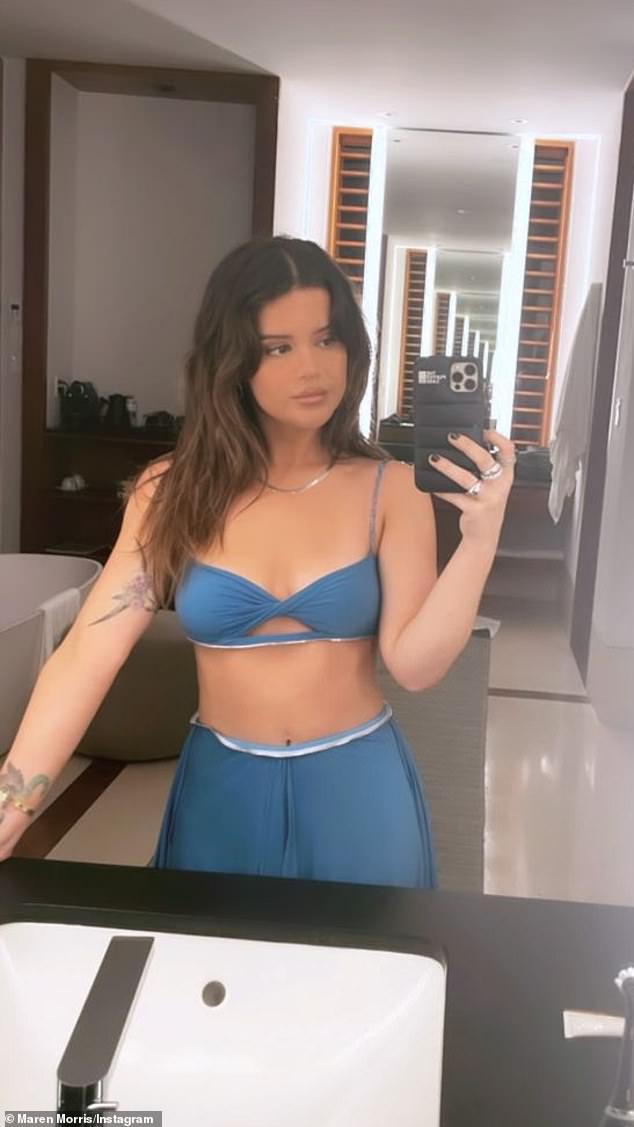 Selfie: Most recently, Morris shared two selfie snaps of herself on Thursday dressed in a sexy blue bikini top and skirt combo.

She ended with a sweet romantic sentiment: ‘Music might have been my first but you’re my last love @ryanhurd.’

The post included a photo of the couple, who have been married for more than four years, standing in front of the pool.

Most recently, Morris shared two selfie snaps of herself on Thursday dressed in a sexy blue bikini top and skirt combo.

The couple, who celebrated their fourth wedding anniversary this past March, are also the proud parents of their two-and-a-half-year-old son Hayes. 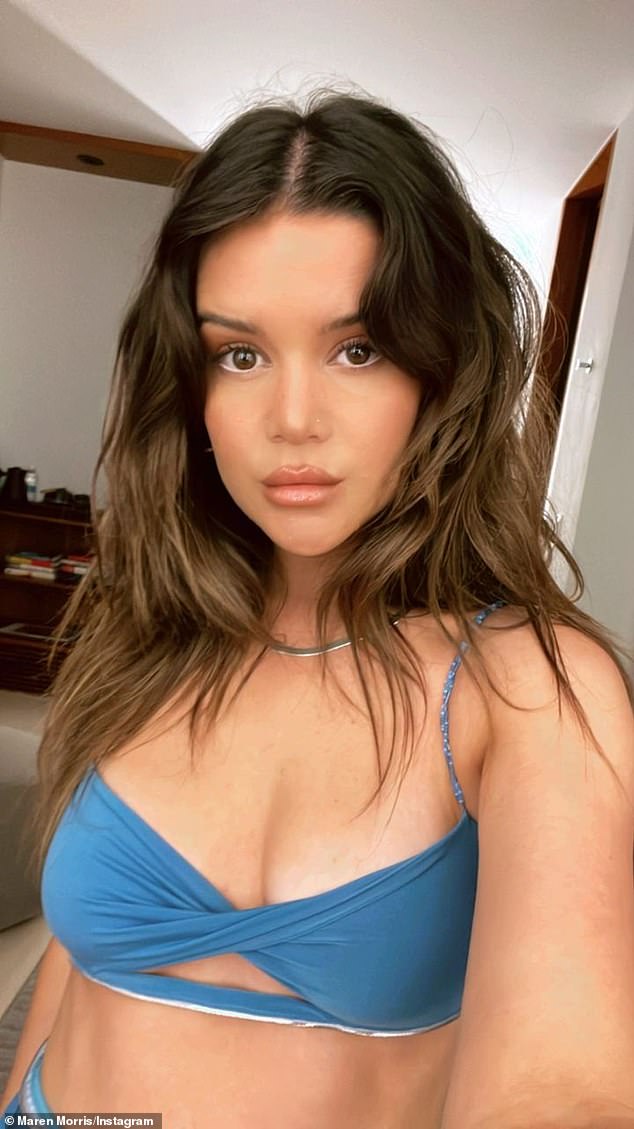 Strike a pose: The I Could Use A Love Song star brought the camera in closer for another selfie