In a sense, singer-songwriter Maren Morris has felt like she’s among only a handful of artists in the country music genre that speak out against topics like racism and anti-LGBTQ rhetoric.

But with that being said, the I Could Use A Love Song star also confessed during an interview with Apple Music’s Proud Radio With Hunter Kelly that she doesn’t want to just be known for her ‘clap backs on Twitter’, instead she’d like to have people take notice of her songs.

‘I can’t just be this merch store on the internet that sells you songs and t-shirts,’ Morris, 32, said, while taking her personality and personal ethics into consideration, in reference to her decisions to speak publicly on hot topic issues.

Call for more voices: Maren Morris, 32, revealed she often feels like she’s among only a few people in the country music genre who speak out against hot topics like racism and anti-LGBTQ rhetoric

Morris continued, ‘I have to let people know, because the real human aspect of this is when I go on tour, and I see the people in my crowd. That is not the internet, that is real,’ she said, adding, ‘And you see how your crowd starts to change the more that you let people know where you stand.’

While Morris finds that she sometimes has a need to speak out on polarizing subjects like race, many other artists in country music often choose not to discuss such issues publicly.

‘I try to rise above — not even bad behavior, but just expected behavior that has become normalized that is bad,’ the Arlington, Texas native explained, before recalling a conversation she had with her husband Ryan Hurd, 35.

‘He’s like, “I hate that you always feel like you have to be the hall monitor of modern country music’s behaviors in and around race and homophobia, transphobia.”‘ 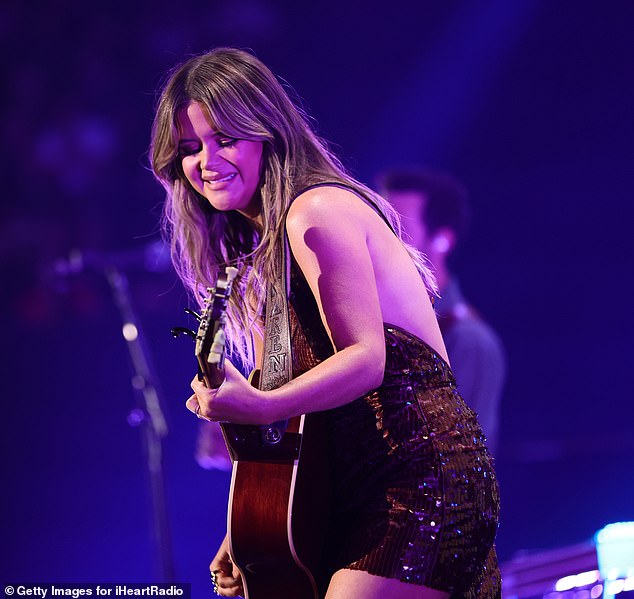 Socializing: ‘I don’t really want to be known for my clap backs on Twitter. I would like to be known for my songs,’ the I Could Use A Love Song star said of the cost that can come with speaking out publicly about hot topic subjects; Pictured 2022

When it comes to her colleagues not speaking up against ‘normalized’ hatred within country music, she feels their silence often amplifies her voice when she chooses to go public.

‘I don’t need to feel like I have to always be that person that speaks up,’ she said. ‘I think I come across a lot louder than I actually am because everyone else is so quiet.’

Morris’ comments come a few weeks after she criticized country star Jason Aldean’s wife Brittany Kerr Aldean for making a transphobic comment in an Instagram video about the efforts to restrict access to gender-affirming care.

‘I’d really like to thank my parents for not changing my gender when I went through my tomboy phase. I love this girly life,’ Brittany Kerr Aldean captioned a makeup reveal clip in September.

Husband’s support: ‘I hate that you always feel like you have to be the hall monitor of modern country music’s behaviors in and around race and homophobia, transphobia,’ country music singer-songwriter Ryan Hurd previously told Morris; Pictured 2022

Morris couldn’t let the comment go without a response: ‘It’s so easy to, like, not be a scumbag human? Sell your clip-ins and zip it, Insurrection Barbie.’ she shard on Twitter.

That seemed to spark a debate, not only between Morris and Kerr Aldean, but also other stars like Cassadee Pope, Lindsay Ell, among others.

Fox News’ Tucker Carlson even spoke out on the matter, labeling Morris a ‘lunatic country music person’ on his show. 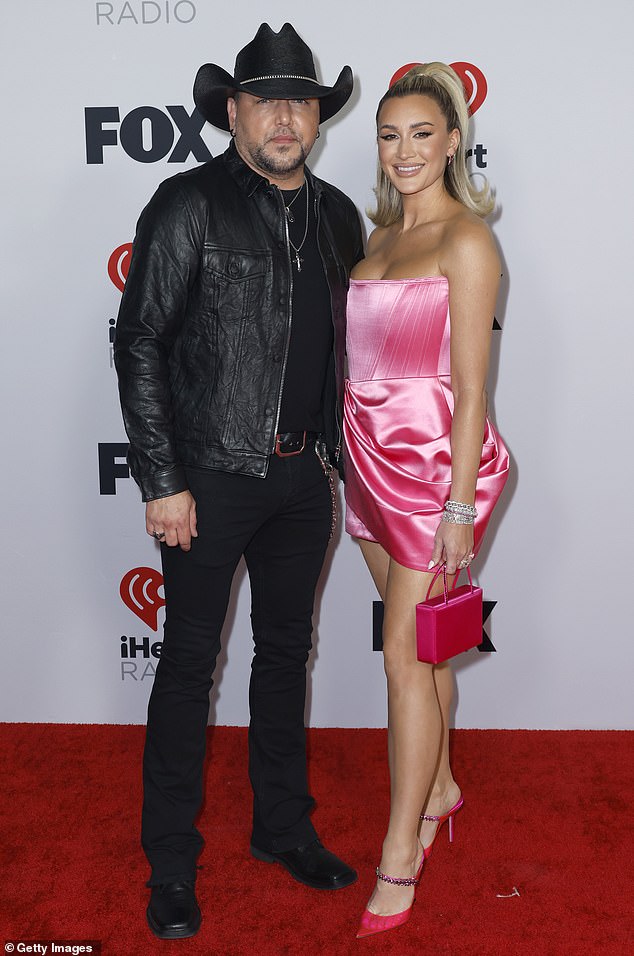 Debate: Just weeks ago, Morris sparked a back-and-forth debate with Jason Aldean’s wife Brittany Kerr Aldean after she accused her of making a transphobic comment; the Aldeans are seen in March 2022

The My Church star would actually take Carlson’s derogatory phrase and put it on t-shirts, which has since raised more than $150,000 for the Trans Lifeline and GLAAD’s Transgender Media Program.

The mother of a two year-old son Hayes also spoke about how heartwarming it is to see how ‘diverse’ her live audiences have become, which includes a vast age range of fans, to go along with how people identify, sexual orientation and skin color.

‘I think that for me, that’s so beautiful because I feel like everyone can come and feel like they’re safe there. That’s not the internet. That’s not Twitter. That’s a real thing that you’ve achieved through your honesty,’ The Middle star explained.