Marcus Rashford has broken cover on social media to defend under-fire new Manchester United manager Ralf Rangnick and hit back at claims of unrest at the club.

Recent reports over the atmosphere inside Old Trafford have claimed that the dressing room is divided, with some players wanting to leave and others not buying into Rangnick’s strict tactical methods.

The revelations came shortly after United’s dismal 1-0 home defeat to Wolves on Monday, the Midlands club’s first win at Old Trafford since 1980. 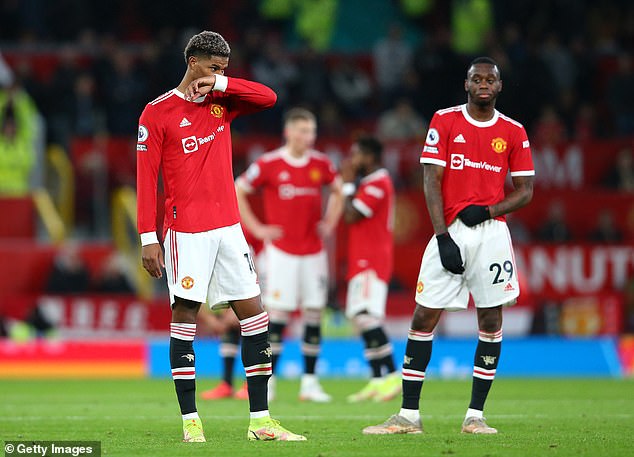 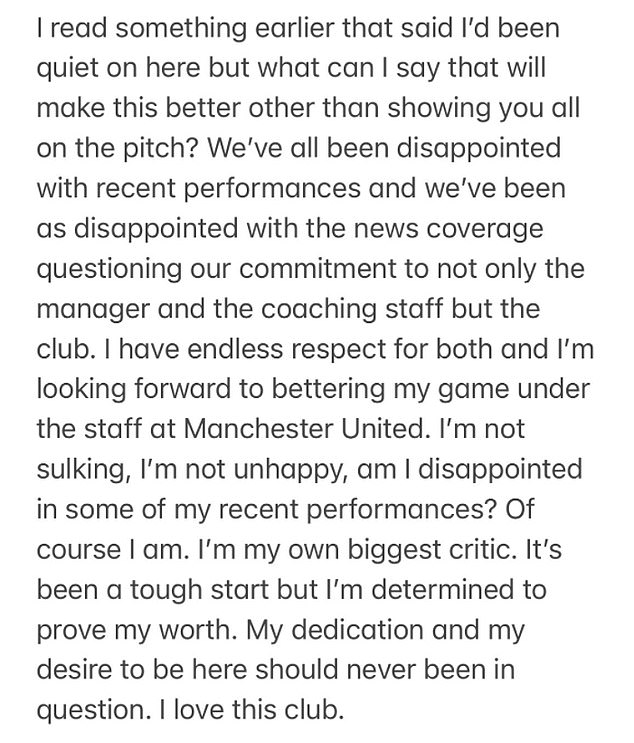 But Rashford has voiced his support for Rangnick on social media, posting a statement in which he said he had ‘endless respect’ for the German.

‘We’ve all been disappointed with recent performances and we’ve been as disappointed with the news coverage questioning our commitment to not only the manager and the coaching staff but the club,’ Rashford wrote.

‘I have endless respect for both and I’m looking forward to bettering my game under the staff at Manchester United.’ 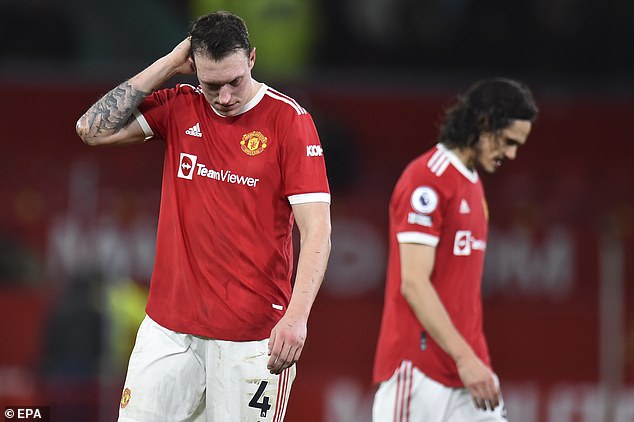 Rashford has had a poor season so far, scoring just three goals for United in all competitions. But he continued his statement in defiant manner, claiming he would do his talking on the pitch.

‘I’m not sulking, I’m not unhappy, am I disappointed in some of my recent performances? Of course I am. I’m my own biggest critic.

‘It’s been a tough start but I’m determined to prove my worth. My dedication and my desire to be here should never been (sic) in question. I love this club.’ 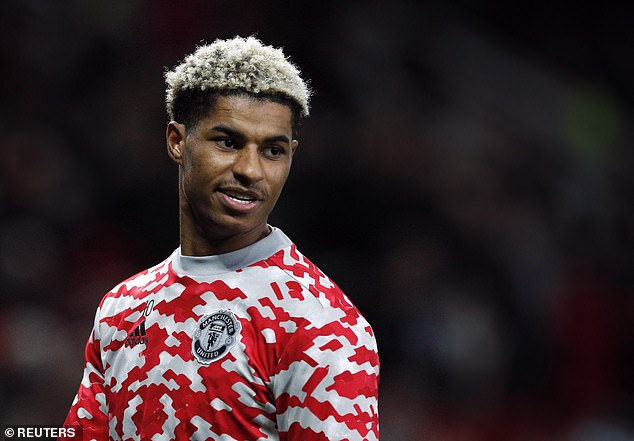 Rashford’s words may be of little comfort to Rangnick if things do not improve on the pitch.

The United boss admitted on Friday that some of his squad are unhappy while several more – Paul Pogba, Jesse Lingard, Edinson Cavani and Juan Mata – are out of contract in the summer.

Despite there being little evidence of United players deploying Rangnick’s famed pressing tactics, he said his team was trying.

‘Maybe it was a relapse to habits the team has shown in the past,’ he said. ‘We need to work together. We have to do the same things at the same time with passion, emotion and intensity.’