Eleven students have suffered burns when a science experiment sparked an explosion at a public school on Sydney’s northern beaches.

The explosion occurred around 1:45pm at Manly West Public School in Balgowlah.

Students have suffered partial to superficial burns, with at least one injury deemed serious.

#Breaking: Eleven school children have been left with burns after a science experiment went wrong at a public school in Sydney’s northern beaches.

A NSW Ambulance spokeswoman said several road crews and a specialist medical team on board the CareFlight helicopter were responding to the incident.

More than a dozen paramedics and multiple fire and rescue crews are at the scene.

There are also five police units at the school.

The situation is said to be ‘under control’. 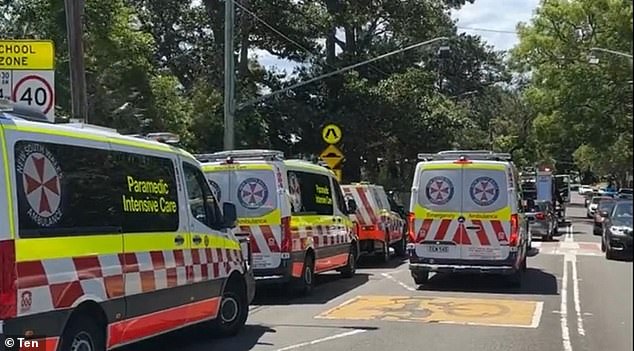 Students have suffered partial to superficial burns from the blast. Ambulance crews are at the scene (pictured)