David Mordukhaev, 30, escaped in the middle of the night from the prison ship

An inmate thought to have ties with the Russian mob who managed to escape from a floating jail in New York has been caught 12 hours after he escaped.

David Mordukhaev’s prison break occured early on Saturday morning just hours after suspicious federal investigators had called the Vernon C. Bain Correctional Facility to check on him at around 1am.

At the time, officials were informed that Mordukhaev, 30, was indeed still inside his cell.

When a second call was placed at 4.30am, Mordukhaev was nowhere to be found. Only his prison clothes remained.

The timeline of his escape remains murky as it is not 100 percent certain if guards physically checked his cell when the first request was made.

Mordukhaev, who is 5’8″ and weighs 220 pounds, is believed to have escaped from the prison barge docked in The Bronx through his cell window.

Investigators said he may have had a car waiting to collect him upon his breakout. 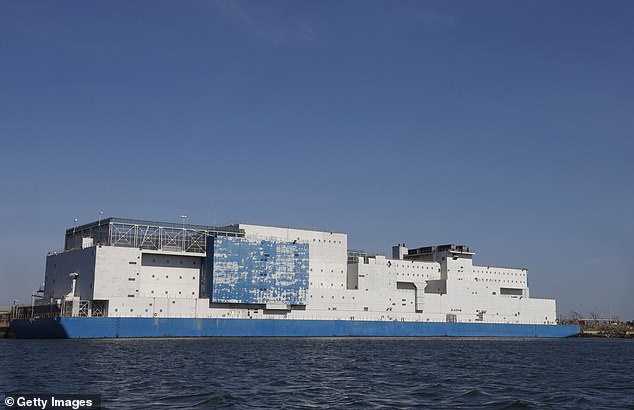 870 inmates are custody on the ship. They are housed in ‘medium to maximum security’ conditions housed in 16 dormitories, with 100 cells within the five-story structure

A guard who was supposedly on duty at the time has now called out sick before he could be suspended. The facility is now on lockdown.

The 870 fellow inmates in custody on the ship are said to be housed in ‘medium to maximum security’ conditions housed in 16 dormitories, with 100 cells within the five-story structure.

Federal authorities had already been looking into Mordukhaev’s associates.

‘No escape from our facilities is ever acceptable and we are taking every step to locate and return this individual to custody,’ Department of Corrections spokesman Peter Thorne told the New York Post.

‘A thorough investigation into how this occurred is underway to ensure that this does not happen again, and disciplinary action, if warranted, will be taken at the conclusion of the investigation.’ 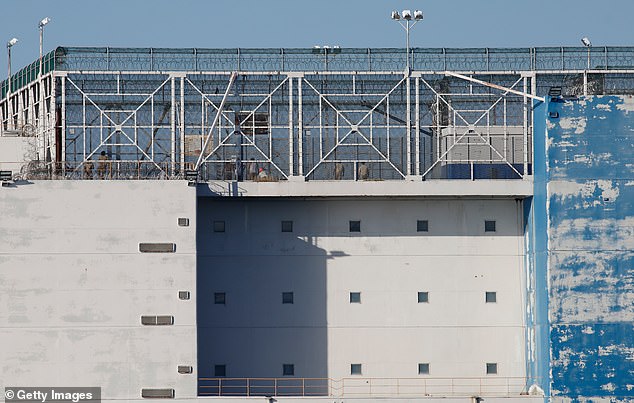 Mordukhaev, at 5ft 8in and 220 pounds, somehow managed to escape through his cell window

Mordukhaev had been sentenced in December 2013 to 65 months (just over five years) in prison for his involvement in a plot to burglarize a New Jersey pharmacy  and then sell the stolen narcotics for cash.

His most recent stay in jail came after he was arrested in April 2020.

On that occasion, he impersonated a police officer using badges and a police radio before approaching a man who was driving an SUV in Brooklyn and fled with $340 in cash alongside a stash of marijuana.

The victim realized afterwards that the men who had stopped him were not cops and followed them in his car.

The South Bronx prison ship is not well known among New Yorkers which was towed from Mississippi to New York in 1992.

The boat was ordered in 1988 when the city’s jail population was about 22,000 and fast-rising from the crack epidemic.

Currently, there is just 5,400 inmates remaining in the city’s jails, but Bain is still in use. 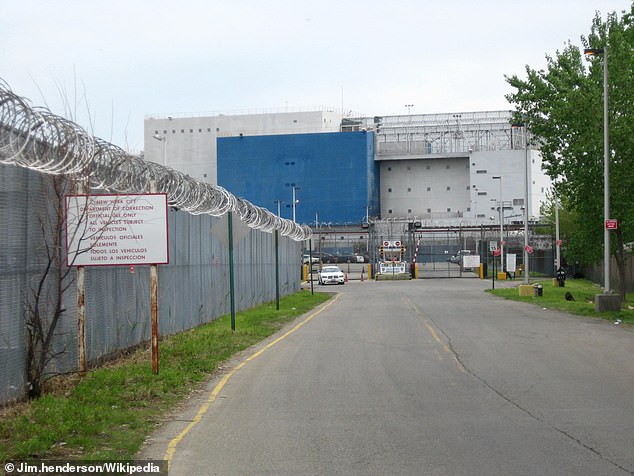 The Vernon C. Bain Correctional Facility sits in the south Bronx with 870 inmates