Glum looking Manchester United stars, led by Donny van de Beek and Scott McTominay, report back for training after being handed a surprise week off by Ole Gunnar Solskjaer – despite their horror run of results

Several Manchester United stars reported back to their training ground this morning after being handed a surprise week off by under-fire boss Ole Gunnar Solskjaer.

As previously reported by Sportsmail, the move – which saw players not on international duty and backroom staff given an extended break – was unexpected.

A large number of the first-team squad jetted out to represent their countries in the aftermath of United’s 2-0 derby defeat against City, however. 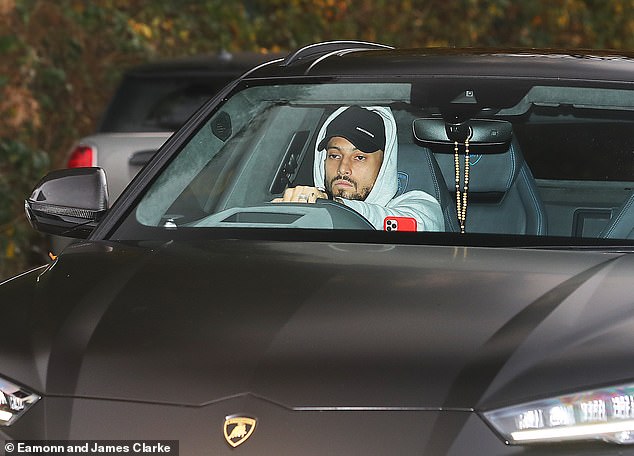 But those who were not called up have headed to Carrington to begin their preparations for their side’s next clash against Watford this weekend.

Last week, Raphael Varane arrived at United’s headquarters for treatment on his hamstring injury, while Marcus Rashford was also due in to train.

Aside from their appearances, Solskjaer and his charges were not spotted since the chastening loss at Old Trafford last time out until today.

Midfielder Scott McTominay was one of the players to arrive this morning. He has been ruled out of Scotland’s recent internationals due to a throat virus. 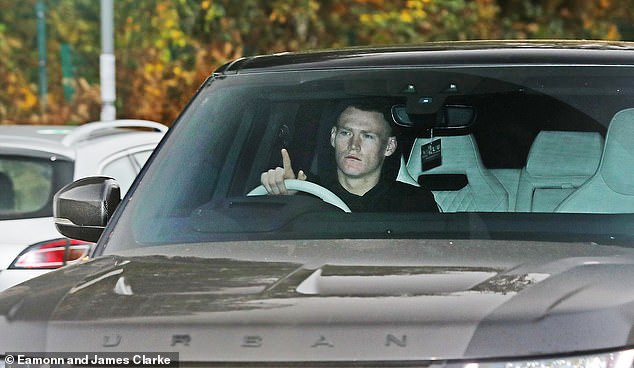 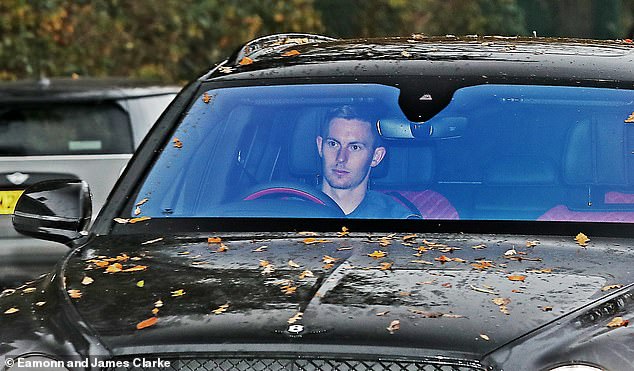 Outcast Donny van de Beek arrived, too, having once again missed out on Holland’s squad as a result of his lack of minutes at United.

Alex Telles and Dean Henderson also drove into the complex. Both players have barely featured under Solskjaer this term, and appeared glum behind the wheel.

As for Solskjaer, it is uncertain whether the United boss was there. He was pictured at Manchester Airport with his wife Silje and sons Noah and Elijah before they left.

It is believed the 48-year-old headed back to his hometown of Kristiansund, but was expected to return promptly with United’s next clash looming on the horizon. 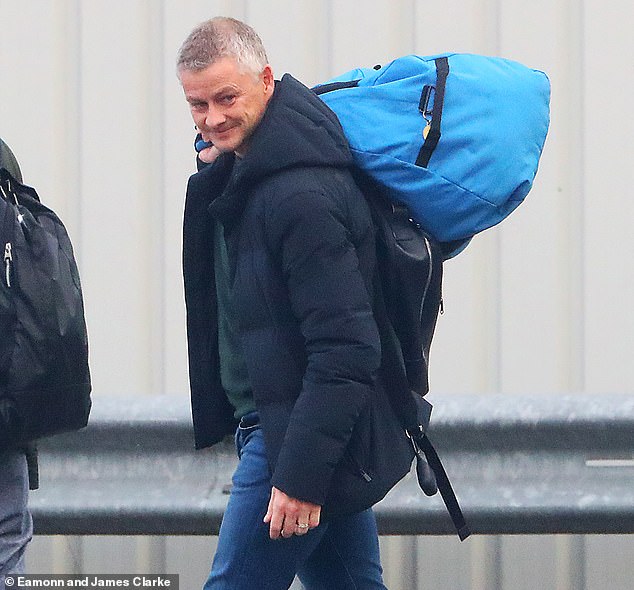 Ole Gunnar Solskjaer flew back to Norway with his family, but will return in a bid to save his job

Club sources were quick to indicate that, despite the nature of United’s insipid performances and failing title push, he is expected to be in charge against Watford.

Solskjaer is likely to have returned to the UK over the weekend to oversee his team’s sessions this week, as he bids to stop the rot which threatens his job.

He has often handed players a long breather during the first week of international breaks, but the decision to hand them all seven days off this time raised eyebrows.

The rest of his squad will return this week. Harry Maguire, for example, will finish his commitments with England after their World Cup qualifier against San Marino today. 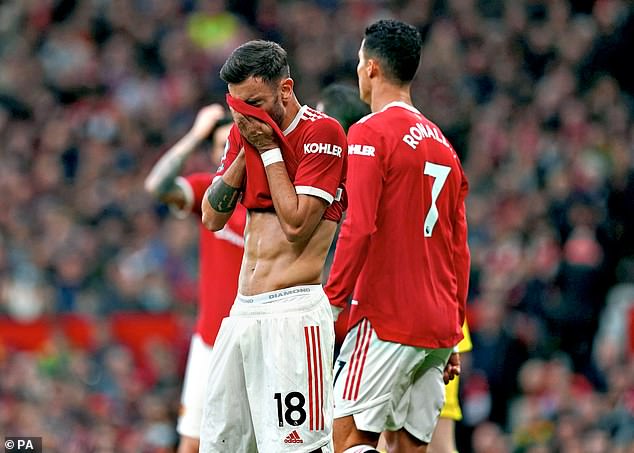 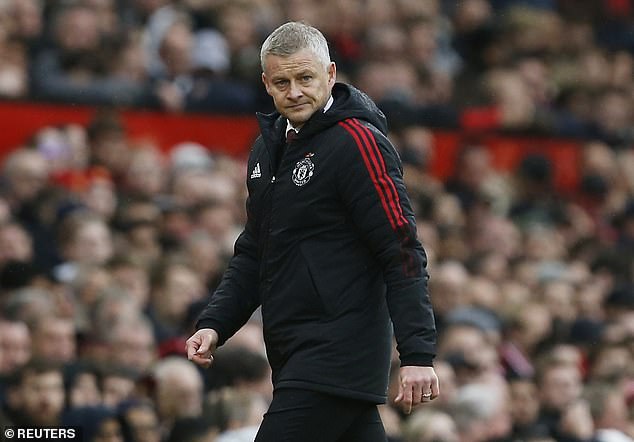 Solskjaer, after the loss by rivals City, admitted the international break came at a ‘good time’

Speaking ahead of the current stoppage, Solskjaer admitted that it may have ‘come at a good time’ for his stars, who are reeling from a run of six losses in 12 games.

‘We are human beings and when you lose a game of football there is no better feeling than winning a game,’ he said.

‘Hopefully the ones that go away do that and for us, it is all about Watford. We have to come out against Watford like a proper hurt animal.

‘The short answer is it has come at a good time for us. As a group we have had a difficult spell, we have come through it but this was a big step backwards.’