Manchester United scouts ‘watch £67m Porto winger Luis Diaz in action as the Red Devils weigh up a move for the Colombian star and Liverpool target’, with Anthony Martial nearing a loan move to Sevilla

Diaz has attracted the attention of a number of European clubs in recent months after a run of dazzling form for the Portuguese giants.

Liverpool were said to be very interested in the 25-year-old to bolster competition in their attacking ranks but the Reds are yet to make their move with Mo Salah and Sadio Mane now due back from the Africa Cup of Nations in a matter of weeks. 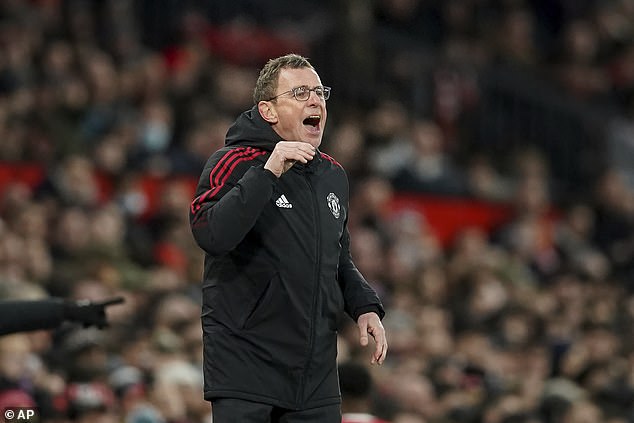 Diaz has scored 16 goals and provided six assists in 28 appearances this campaign to help Porto to top spot in Primeira Liga, where they have a six-point lead over Sporting Lisbon.

That form has attracted interest from some of Europe’s leading clubs and, according to Portugese newspaper O’Jogo, United were among a trio of clubs watching him in action on Sunday.

It’s claimed Atletico Madrid and Borussia Dortmund also had scouts in attendance to watch Diaz, who scored Porto’s second goal of the game in the 3-1 victory over Famalicao.

Diaz produced a composed finish to curl home into the far corner after being set free by a sublime through ball from midfielder Otavio. 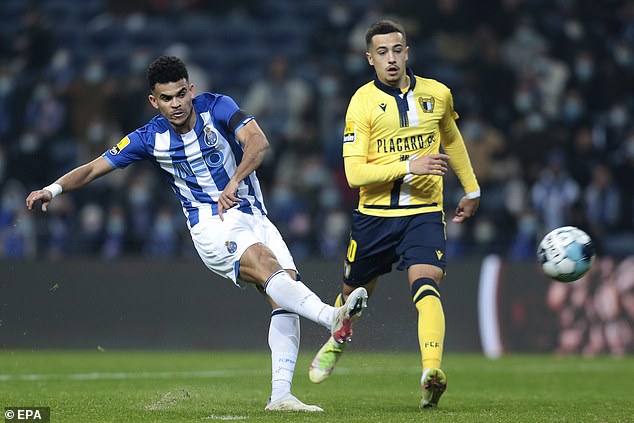 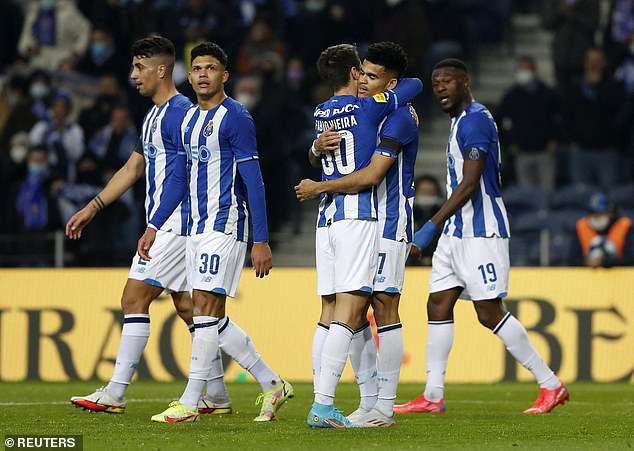 However, he also squandered a glorious chance minutes earlier to make it 2-0 when he fired high over the crossbar from close range.

It’s been reported that Diaz has a £67million release clause and any club wishing to land him would need to pay it because he still has two-and-a-half years left on his current deal.

Ralf Rangnick is preparing his squad for United’s next permanent manager in the summer, when the German will step aside and take on his consultancy role.

Diaz would be a prime replacement for Anthony Martial, who is close to completing a £5m loan move to Spanish side Sevilla. 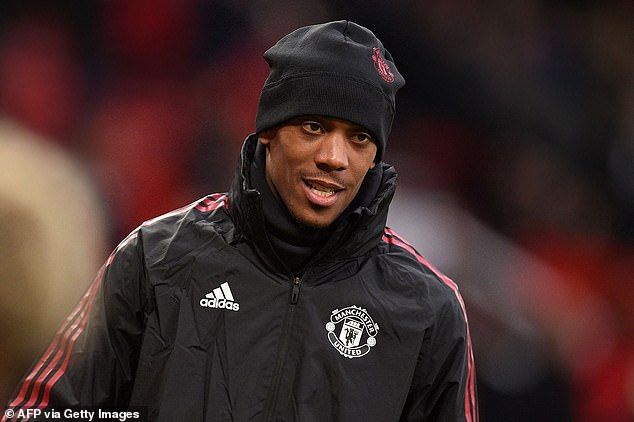 Once United rubber-stamp the agreement, France international Martial expects to fly to Sevilla on Tuesday with agent Philippe Lamboley to undergo a medical, however, there is no option to buy in the deal.

The 26-year-old had told United he wanted to leave with Sevilla his first choice. There were tentative approaches from other clubs such as Newcastle and Tottenham but Martial was keen to go abroad. Juventus and Barcelona were also interested but did not want to take on his salary.

Sevilla are challenging Real Madrid for the Spanish title with 16 games left and Martial is excited by the prospect of a new start after growing stale and frustrated at United.

Jesse Lingard could also depart Old Trafford this month as he nears the end of his contract, while Edinson Cavani is out of contract at the end of the season, meaning there is space in the squad for Diaz to make an impact.