‘Proud to see you back on the pitch’: David de Gea heaps praise on Manchester United team-mate Phil Jones after the forgotten defender makes his first appearance in almost two years in defeat against Wolves

David de Gea has lauded Phil Jones for his ‘commitment’ after the forgotten Manchester United defender made his first appearance in almost two years on Monday night.

Jones, 29, had not featured for United since January 2020 when interim boss Ralf Rangnick included him in his starting lineup against Wolves with captain Harry Maguire sidelined by injury.

And despite his lengthy period of inactivity, the ex-England centre-back was one of few Red Devils men who impressed in a disappointing 1-0 defeat.

Jones performed well alongside Raphael Varane at the heart of Rangnick’s defence, with some supporters even calling for him to replace Maguire on a full-time basis.

De Gea was also full of praise for his long-time United team-mate, taking to Twitter to commend him for his determination over the past two years.

The Spanish goalkeeper quote tweeted a United post about Jones and wrote: ‘Commitment. Proud to see you back on the pitch.’

De Gea was not the only United player to speak highly of Jones after his return against Wolves, as Luke Shaw also singled out his fellow defender for credit. 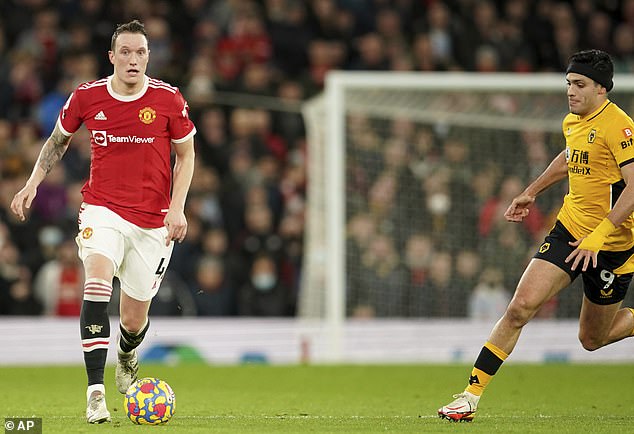 ‘One thing I will say is Phil Jones should be proud of himself,’ Shaw told Sky Sports.

‘He has been criticised for years, and has gone through a lot, but he is so professional and he has trained hard and he was phenomenal.

‘He was exceptional, I am very happy for him and he deserves it.’

Jones has spent over 10 years at United after being signed from Blackburn by Sir Alex Ferguson back in 2011. 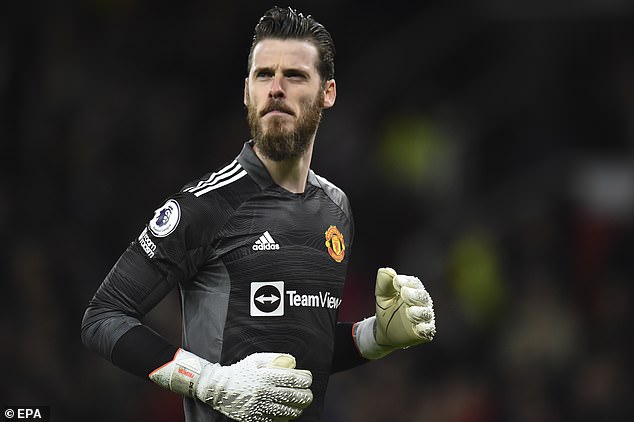 He has racked up a total of 225 appearances for the club, yet only nine have come since the beginning of the 2019/20 campaign.

After throwing him back in at the deep end against Wolves, Rangnick said about Jones: ‘There was no doubt at all regarding his attitude because I saw him training.

‘If you consider hasn’t played in two years it was a very good performance.’