Man United confirm £89m Paul Pogba is leaving on a free transfer AGAIN, in a gushing 835-word statement hailing his many ‘high moments’ – despite his major role in the club’s decline

Manchester United have said farewell to Paul Pogba after the French midfielder’s underwhelming six-season second spell with the club came to a close.

In one of football’s worst-kept secrets, Pogba won’t be extending his United contract and the club has confirmed in a statement of some 835 words he will be leaving right away.

A return to former club Juventus is the likeliest outcome after the 29-year-old never scaled the same heights in Manchester as he did during his first spell with the Italian giants. 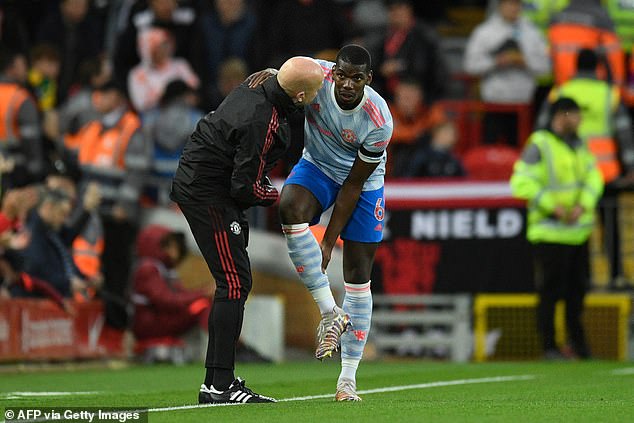 United’s farewell message gushed over ‘a career that had brought so many individual high moments, so many beautiful goals, assists and pieces of skill.’

They added: ‘For a boy that joined the Academy at 16 to make over 200 United appearances and lift the Youth Cup, along with two major pieces of silverware – not to mention the World Cup at international level – is something that should be applauded and celebrated.

‘Everyone at the club would like to congratulate Paul on his successful career, and thank him for his contributions to Manchester United.

‘We wish him all the best for the next steps on a remarkable journey.’

United tweeted ‘Once a red, always a red’ and ‘thank you for your service @PaulPogba’ with a clapping hand emoji.

They put out a comprehensive rundown of his time at Old Trafford following a world record £89million move from Juventus back in 2016. 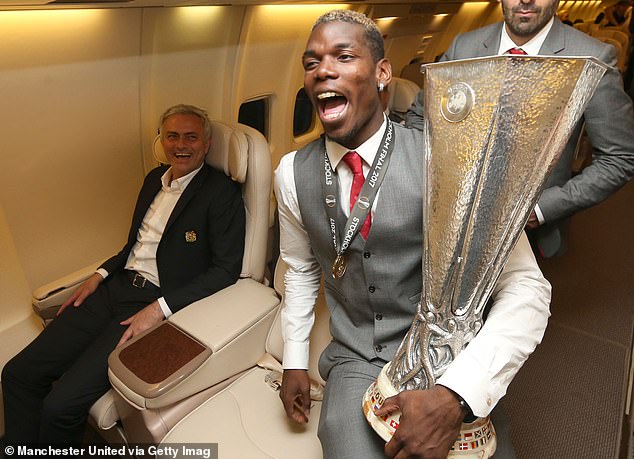 His first season, under Jose Mourinho, saw United win both the EFL Cup and the UEFA Europa League – but that would prove to be the only silverware he won there.

United also reached the Europa League final last season but were beaten by Villarreal in a marathon penalty shoot-out in Gdansk.

In all, Pogba played 226 times during his second spell, scoring 39 goals and setting up a further 51.

But it can’t be denied his failure to live up to that enormous transfer fee apart from odd flashes of form contributed to United’s declining standards in recent years.

The fact he won the 2018 World Cup with France but failed to replicate his international form at club level only frustrated United followers.

His time at the club ended ignominiously as fans jeered him and chanted ‘f**k off Pogba’ during a home game against Norwich.

And when he limped off with a calf injury just 10 minutes into a 4-0 defeat at Liverpool in April, that would prove to be a fittingly underwhelming final act.

There had never been much prospect of Pogba extending his time with United with contract renewal talks not getting off the ground.

With his deal expiring, he will depart for nothing though any new club may have to match his United wages of almost £300,000-a-week.