Anthony Elanga ‘drives forward like a young Ryan Giggs’, says former Manchester United defender Paul Parker… who insists the in-form wonderkid HAS to start for Ralf Rangnick’s side after bursting onto the scene in style

Elanga, 19, has impressed since being brought into the first-team fold by Ralf Rangnick in recent matches.

After producing an encouraging display against Aston Villa earlier this month, the Swedish forward was given the nod again by Rangnick away at Brentford last Wednesday.

And he repaid the interim manager’s faith by heading home the opener for United in a 3-1 victory, with fans now desperate for him to kick on and become the next academy success story at Old Trafford. 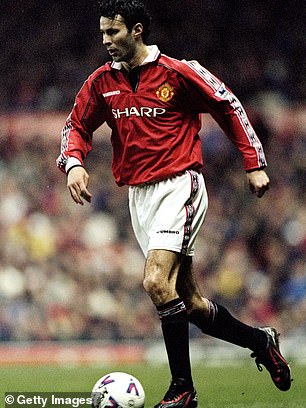 Parker, who made 105 appearances during his own United career, is certainly a fan of Elanga, insisting he drives forward with the ball in similar fashion to club legend Giggs.

‘Forget about his age, he wants to go past people. Elanga, for me, has been a revelation on that left side,’ the 57-year-old told MyBettingSites.co.uk.

‘He reminds me of a young Ryan Giggs, the way he drives forward. He wants to beat people and he’s tracking back to go and get the ball. It’s just application – he wants to win the ball back – he’s everything the fans want to see. 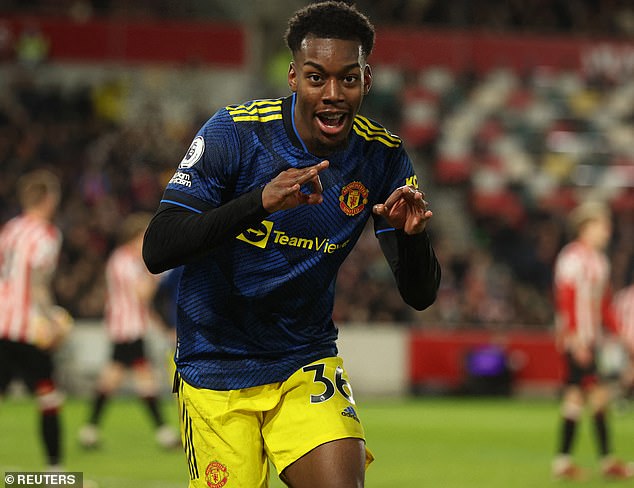 Elanga, 19, has performed well since coming into the United side and scored away at Brentford

‘He’s doing so well and that’s why he “has” to be starting games.’

Parker then continued: ‘Elanga wants to get to the byline and deliver crosses. He’ll run past people without the ball.

‘He’s unselfish when he runs because he’s willing to run and even when he doesn’t get the ball, he’s not throwing his arms up in the air and cussing people.

‘When he makes one run and doesn’t get the ball, he makes another run. That’s what United fans want to see.’