Manchester City have filed an official complaint after a member of their coaching staff was allegedly spat on by a Liverpool fan during Sunday’s 2-2 draw at Anfield.

The Premier League champions believe the unidentified member of the backroom staff was targeted as City staff and substitutes celebrated Phil Foden’s equaliser in the second half.

According to Sky Sports, City have caught the incident on one of their cameras and an investigation is understood to be ongoing. 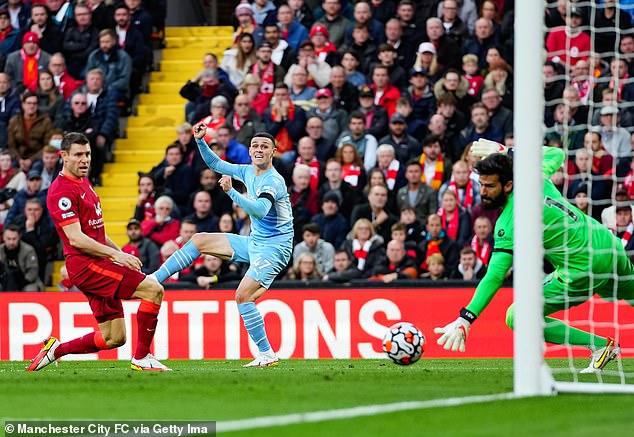 Speaking to Sky Sports after the game, Pep Guardiola said he was ‘pretty sure’ the incident occurred, but admitted he had not witnessed it directly.

‘I didn’t know. I don’t know what happened. I heard someone from the crowd saying something not nice to our staff but I don’t know exactly what,’ he said.

‘I didn’t see the images. I’m pretty sure it happened, the people told me [that] Liverpool FC will take measures [against] this person. Liverpool is much, much greater than one person so nothing will change [in how] I admire this club, absolutely not.’

The alleged incident comes three years after City’s coach was targeted by bottles on its way to Anfield prior to the Champions League quarterfinal tie. Guardiola, however, insisted both incidents were isolated people and did not reflect Liverpool’s fan base as a whole. 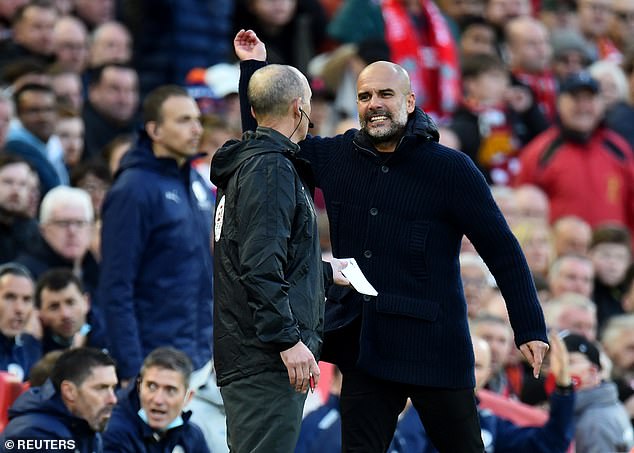 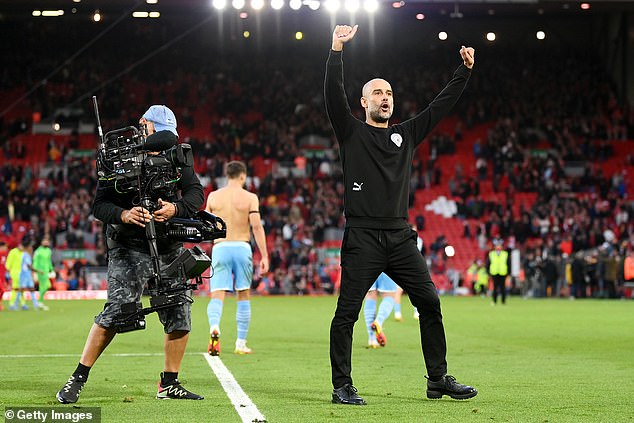 The same thing happened two or three years ago when they destroyed our bus when we came here. It is certain people, not just Liverpool FC,’ he said.

‘It is always a pleasure to come to this stadium; it’s an honour for this atmosphere, how they support the team. When they score a goal, you are there and then in the next five minutes you are thinking, “oh, we are losing four-zero.”

‘The way they cheer and support the team is great. It’s Anfield. The last two times we came here we played special, with huge personality. I am very pleased with that.’