‘Nobody is selfish’: Gabriel Jesus lauds the selfless streak running through Pep Guardiola’s side as he hails Bernardo Silva for skilful assist that set up his winner for Manchester City against PSG

Gabriel Jesus has hailed the team spirit of Manchester City as a key factor to them coming from behind to defeat Paris Saint-Germain.

City had fallen a goal down in the Champions League group stage encounter at the Etihad Stadium in the 50th minute following a Kylian Mbappe strike against the run of play.

But after Raheem Sterling’s equaliser just past the hour mark, Gabriel Jesus then struck the winner with 14 minutes to play to book City’s place in the last-16 as group winners. 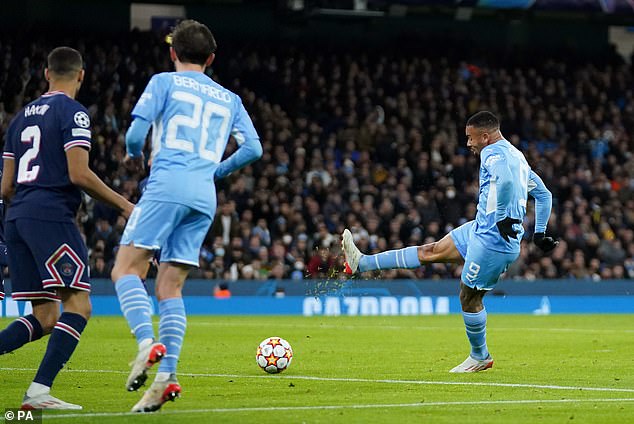 Gabriel’s finish, after coming off the bench, saw him collect a wonderfully cushioned pass from Bernardo Silva before burying past Keylor Navas from inside the box.

The Brazilian insists that the Portuguese’ pass was typical of the team spirit around the Premier League champions and a desire to create chances for team-mates.

‘Thanks to Bernardo [for the goal]. I know his quality so that is why I wait,’ he told BT sport after the game.

‘I finished good so that is that. I contribute to my team. That is what I want to do every game – come on to the pitch and help. It was a great ball from Bernardo, so I have to score, no? 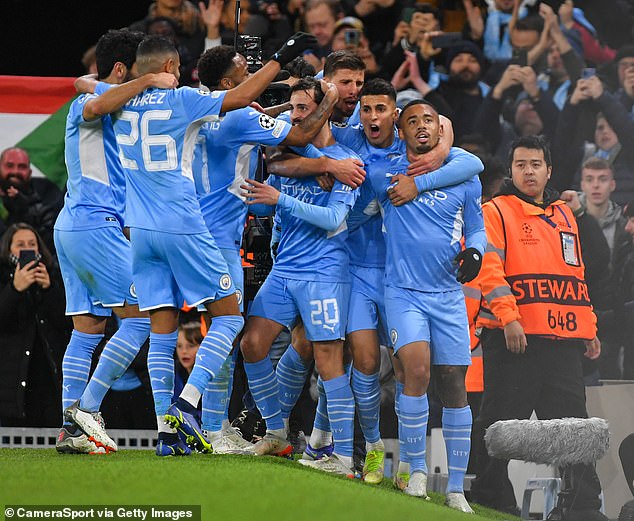 ‘We have a lot of players that can help the team. Everyone wants to give good balls to other players. Nobody is selfish.’

Bernardo,  who was standing by Gabriel during the interview, pointed out how it had been a frustrating night for City for long periods having dominated for much of the game without making the breakthrough.

However the midfielder admitted he was happy with the result which now ensured City will be seeded for the knockout stages with one group match still to play.

‘Very happy to win the match. And to go through as winners of the group,’ he added. 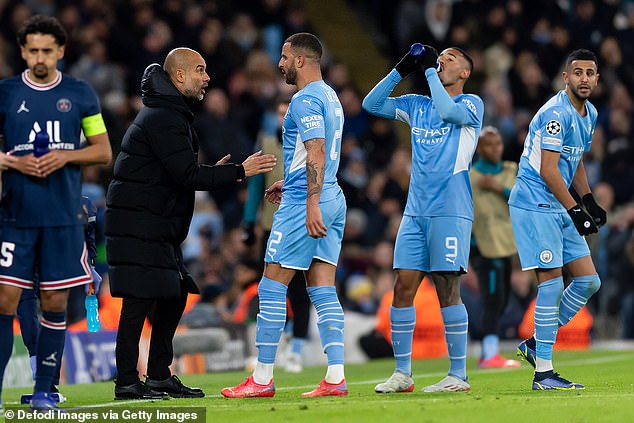 ‘A good performance, a good win. It is just one game but we are through to the last 16.

‘It was frustrating in the first half as it felt like we were controlling the game. We were pressing high, winning the ball and having possession but we weren’t scoring.

‘After conceding the team had a great reaction. You are never safe. You give space to Messi, Neymar, Mbappe they can create chances.’