Manchester City confirm the signing of Argentina midfielder Máximo Perrone from Vélez Sarsfield for £8.2m… as youngster signs five-and-a-half-year contract at the Etihad

The 20-year-old has signed a five-and-a-half year contract at the Etihad after the two clubs agreed an £8.2million fee for Perrone.

The club confirmed the midfielder will join the Premier League champions after competing in the U-20 South American Championship.

Perrone has made 33 appearances for Argentine club Velez this season. During those outings, he has scored two goals and registered three assists.

He has also represented the U20 Argentina team three times but it remains to be seen if he’ll feature for City this season.

He made his first appearance for Javier Mascherano’s U-20 national side in March in a 2-2 draw with the United States.

Perrone has been on the radar of Premier League sides Wolves and Newcastle, as well as Portuguese outfit Benfica, but City won the race for the youngster.

We’re delighted to have completed the signing of Máximo Perrone from Vélez Sarsfield. The midfielder will join us after the U-20 South American Championship. 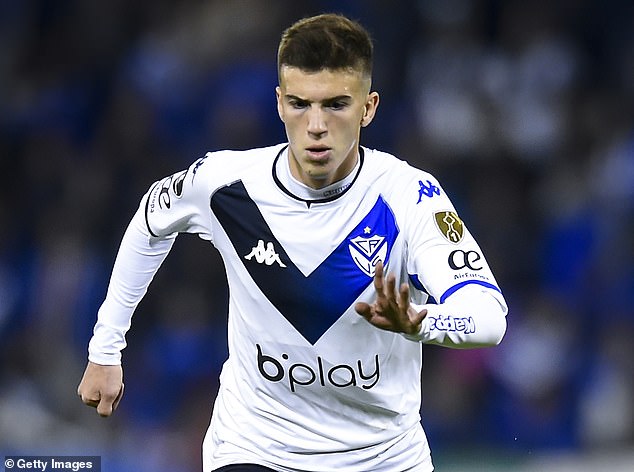 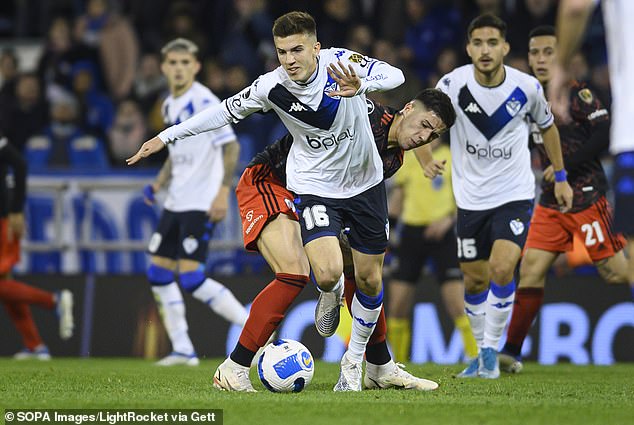 The defensive midfielder will have to battle it out with Rodri and Kalvin Phillips for a place in Guardiola’s side.

Following his move to the Etihad, he follows in the footsteps of forward Julian Alvarez, who also moved from Argentina where he was playing for River Plate.

Alvarez has already made an impact at Man City, scoring as recently as Sunday against Chelsea, and also played his part in helping Argentina lift the World Cup in Qatar.