‘We’re not getting to November alive!’: Man United fans panicking at ‘HORRID’ October fixtures as they fear being ‘stuffed’ with Erik ten Hag’s side facing City AND Chelsea away and hosting Spurs

Manchester United fans have picked out the stage of the season when they think their team will fall apart and it comes only two months into the campaign.

The Premier League fixtures have been released for 2022-23, with supporters up and down the country busy penciling key dates into their calendars.

United, who achieved their worst ever Premier League points tally last season, have high hopes of a revolution under new boss Erik ten Hag. They host Brighton on the opening weekend and then travel to Brentford, before Liverpool visit Old Trafford.

But it is their fixtures in October that have really got supporters panicking. Ten Hag’s side travel to neighbours and reigning champions Manchester City on October 1, before visiting Everton a week later.

Back-to-back home matches against Newcastle and last season’s fourth-placed finishers Tottenham follow, with a visit to Chelsea on the agenda three days later.

To end the month, United host a West Ham side who pushed them all the way for sixth place in 2021-22. 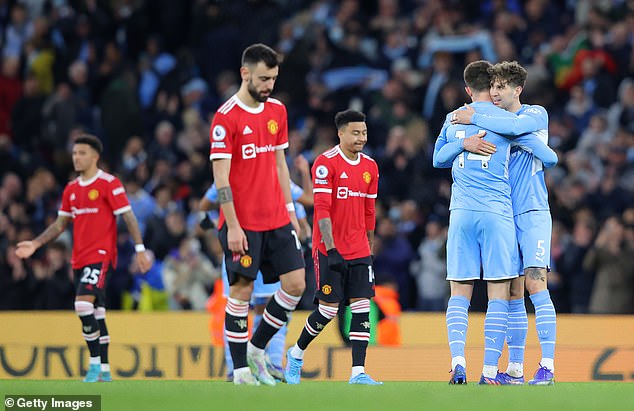 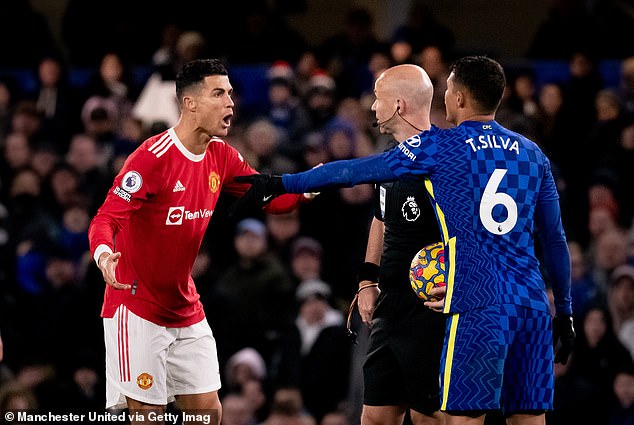 ‘Lmao our fixtures in October,’ one United fan tweeted. ‘We’re not getting to November alive!’

‘October is horrid set of fixtures,’ another added.

‘We’re getting stuffed properly in October aren’t we,’ a third said.

‘Our fixtures in October will be the month that will decide our season,’ another worried fan admitted.

The trip to the Etihad Stadium at the start of October looks particularly daunting, as United lost to their local rivals by an aggregate score of 6-1 last season.

Meanwhile, they have only won one of their last nine visits to Stamford Bridge.

‘@ManUtd one thing is certain! We ain’t winning a game in October,’ a supporter tweeted. 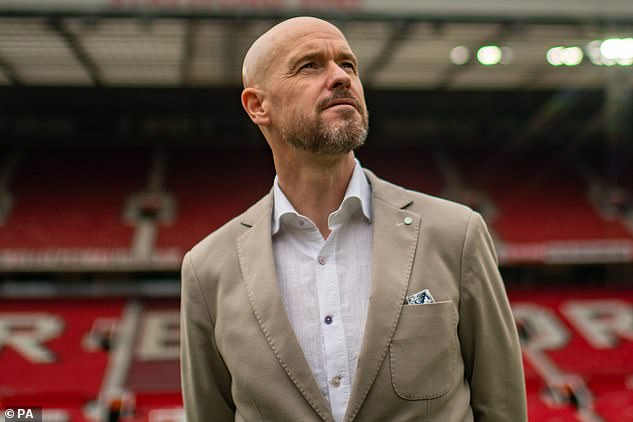 Erik ten Hag is yet to add any new signings to his squad, but a host of players have departed

United’s squad depth will be tested to the limit throughout their gruelling schedule, but Ten Hag is yet to add any new signings.

The likes of Frenkie de Jong, Denzel Dumfries and Christian Eriksen have all be linked with moves to Old Trafford. 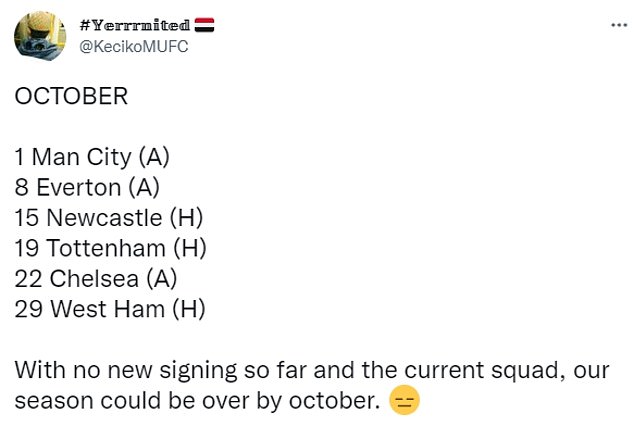 ‘Hahaha @ManUtd ’s October,’ a fan said. ‘I hope we get signings because I don’t see us surviving that month without proper squad depth.’

‘With no new signings so far and the current squad, our season could be over by October,’ another echoed.