A kayaker has captured shocking vision as he attempted to paddle through one of Australia’s most degraded rivers collecting rubbish.

Filmmaker Beau Miles released a new video ‘BAD RIVER’ on his YouTube channel on Thursday, which saw him explore Australia’s sickest urban river, the Cooks River,  located in the ‘glamorous and famously pretty city of Sydney.’

‘I actually really enjoyed the opportunity of being amongst the rubbish and seeing the state of the river first hand,’ Mr Miles told Daily Mail Australia.

Using his little red kayak, he decided to trace all 23km of the Cooks River.

In the video Mr Miles is seen approaching frightening amounts of rubbish floating in the water.

‘I don’t know where to start,’ he comments. 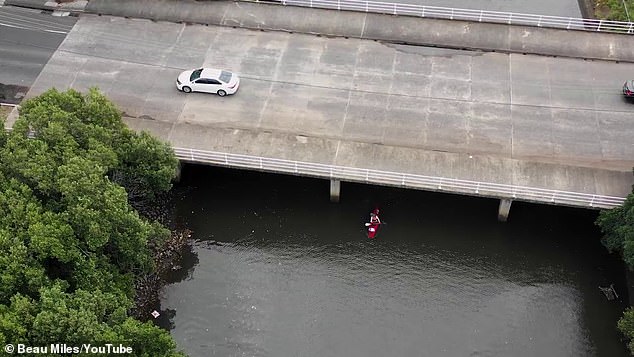 Using his little red kayak, he decided to trace all 23km of the Cooks River (pictured), filming the shocking amount of plastic waste he discovered 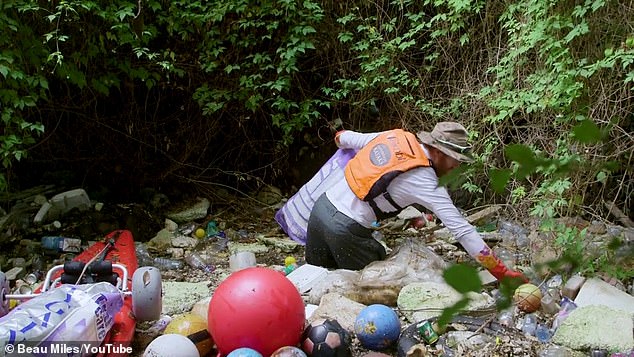 ‘I actually really enjoyed the opportunity of being amongst the rubbish and seeing the state of the river first hand,’ Mr Miles told Daily Mail Australia

‘It’s so bloody bad…it’s interesting. Everyone in Sydney needs to see this.’

Mr Miles says that while Sydney is famous for its harbour, Opera House and bridge, ‘such a view doesn’t expose the cross-sectional life on the city, and perhaps the greatest insight of all… where sickness resides.’

‘A drain that was once a river… a watershed representing the lives of almost 600,000 people,’ he continues.

‘I’ll be honest, when I experience places like this…I see myself in the demise.’

The kayaker reflected that if he hadn’t experienced the river for himself, he would have been entirely reliant on what others said about its health.

‘Finding it not only challenging, but shocking in terms of its ill health,’ he said. 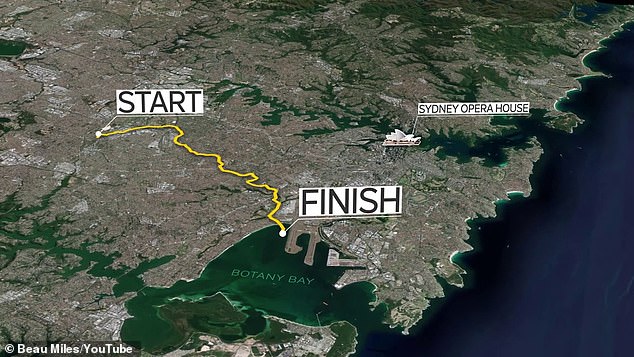 Mr Miles said in the video that his discovery about the river’s state was ‘not only challenging, but shocking in terms of its ill health’

‘I’ve since shifted from wanting to see the wildest and most pristine places on earth, to the most degraded and sick.

‘This is a journey of ill-health, sadness and hope; putting a test to the local saying, ‘if you fall in, you’ll dissolve’.’

The journey saw him collect $46.20 worth of bottles and a two-dollar coin, all of which he donated to the Cooks River Alliance.

The video inspired some viewers to take immediate action on waste in their area.

‘You’re a good man, Beau – you’ve inspired me to get out and tidy the country lane by my house this evening after work,’ one person commented. 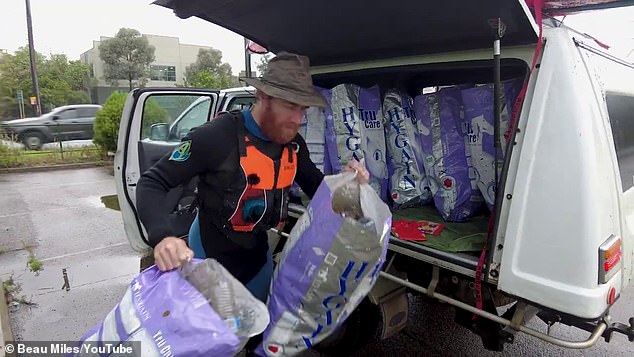 After filling almost a dozen bags full of rubbish (pictured), he collected $46.20 worth of bottles and a two-dollar coin, all of which he donated to the Cooks River Alliance

‘Something I’ve done before and stopped doing out of frustration, but you are right we all need to show our environments some love – if we don’t, who will?’

A second person stated: ‘So genuine! So many content creators make videos for the sake of views, likes, and subscribers. Beau, your content inspires people to be a better version of themselves. Keep it up.’

‘Very inspiring. Love what you stand for, Beau,’ another said.