Paw me a drink! Moment man’s pet husky-cross fetches him a BEER on command… before going back to shut the fridge door

This clever canine proves that a dog really is a man’s best friend after learning to fetch his owner a beer on command – and even going back to shut the fridge door.

Mike Antonietti taught his ‘smart’ eight-year-old husky-German-shepherd-cross Warwick how to sit, lie down and play dead when he was a puppy, before the pair quickly moved onto tackling the ultimate party trick.

The 31-year-old bank manager said that after some trial and error that saw Mr Antonietti accidentally handed a bag of cheese, Warwick had the ‘impressive’ trick running smoothly within three months.

Mike Antonietti, right, taught his dog Warwick, second right, to collect a beer from the fridge in order to impress is partner Samantha Keown, left, pictured with their other dog, Twitch 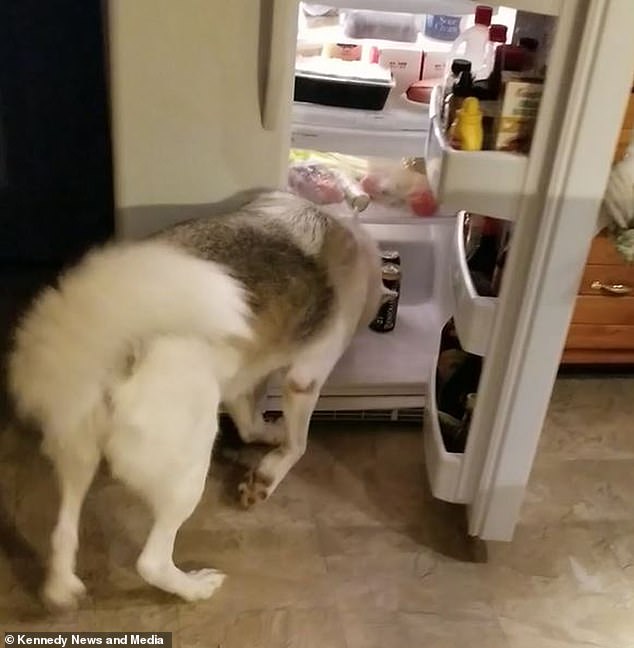 Warwick, pictured, knows that Mr Antionietti keeps his beer at the bottom of his fridge in Ontario, Canada 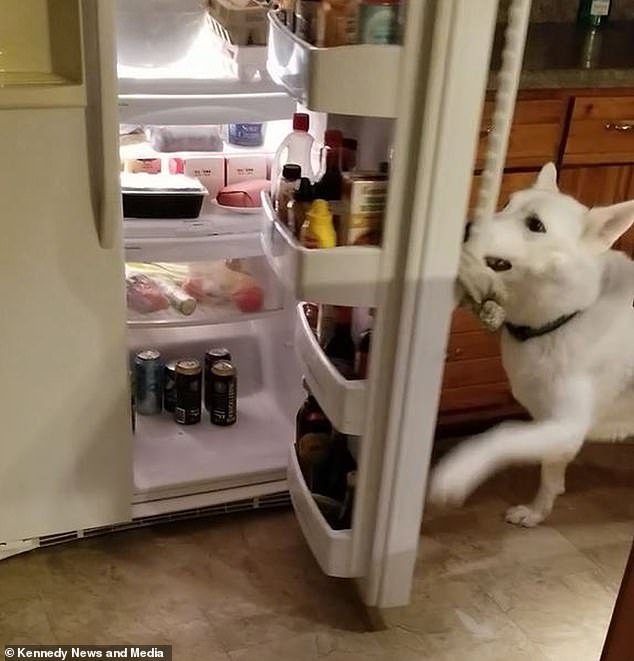 After delivering the beer, Warwick knows he must close the door of the fridge 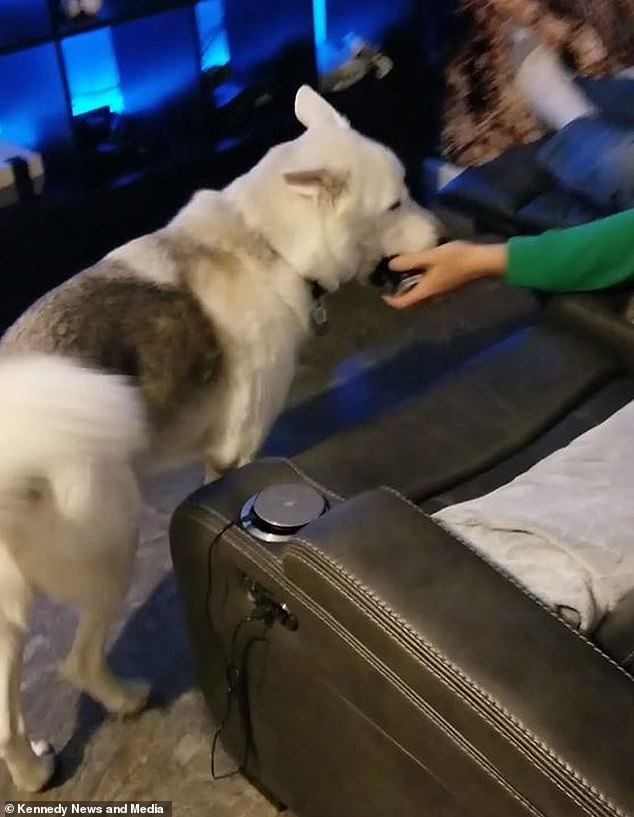 Mr Antonietti admits that he was quick to show off the trick when he first began dating dog lover Samantha Keown in a bid to impress – and it worked.

A video captured by Ms Keown, 28, shows the dog getting up to fetch a beer for Mr Antonietti.

Mr Antonietti of Fort Frances, Ontario, Canada, said: ‘He’s been a smart dog his whole life. At about six months old he was really good at learning new tricks and we were trying new ones with him.

‘He was picking things up pretty quickly and started getting really good at it [the trick] without having to give any direction, and has been doing it ever since.

‘He brought me a bag of cheese once and after some trial and error he’s got it down now and knows what to go for.

‘I tried to see what tricks I could teach him and realised that it was a handy one, but it’s also just a fun party trick.

‘When I first met Samantha and we started dating it was one of the first things I showed off that he could do.’

Ms Keown added: ‘I love dogs, so I was definitely impressed by it.’ 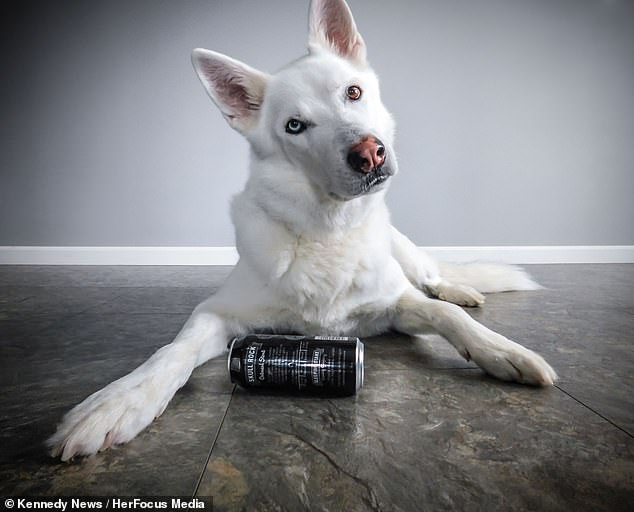 Commenting on Warwick’s skills, Ms Keown said she was very impressed by the dog’s trick 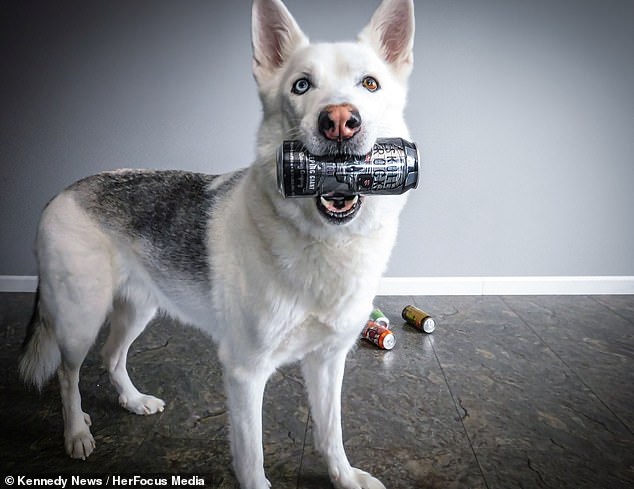 Now if someone mentions the word beer in earshot, Warwick will go to the fridge to collect a can

Mr Antonietti said teaching Warwick the trick was a step-by-step process that began with object training and progressed onto practising opening a light door.

After learning how to perform each individual step, and earning plenty of treats along the way, it took him a fortnight to get it right for the first time, and three months to master.

He continued: ‘I give him almost purely a verbal command for it, but he can do it from a hand symbol and if you shake an empty can he gets the idea.

‘Once we’ve been in the kitchen and said the word “beer” around friends and without looking at him or telling him to do it, he goes over to the fridge thinking we’ve just given him the command.

‘He’s extremely gentle and careful – he doesn’t drop it or puncture the can – he knows it’s not a toy.

‘He gets pretty excited about it too – he gets a treat, but knows that people get just as excited as he does.’

Ms Keown added: ‘He’s super curious and likes to please and be around people – he’s definitely a bit of a gentle giant.’