‘What DID he do?’ Man finds $399 box of red and white roses – and a grovelling apology – dumped in the rain on a New York street

A New Yorker has shared how he spotted the detritus of a romance gone wrong left strewn across a New York sidewalk.

Harry Hill posted on Twitter photos of a very expensive bouquet of roses he spotted wilting in the rain – alongside a soggy apology note – while out walking.

The extravagant box of $399 (£305) red and white blooms – a grand romantic gesture perhaps normally reserved for Valentine’s Day or a special birthday – was clearly designed to make amends in this particular scenario.

Twitter user Harry Hill revealed how he stumbled across what appeared to be a romantic gesture firmly snubbed, after finding a box of red and white roses dumped on the sidewalk in his New York neighbourhood

The sender looks to have paid an eye-watering $399 (£300) for the box of discarded flowers from high-end New York florist Venus et Fleur.

On the flower shop’s website, a ‘classic’ black vase of flowers from Venus et Fleur includes 42 to 49 roses, with arrangements ‘uniquely handmade’ by the brand’s designers.

Hill posted under his Twitter handle, @veryharryhill, that he’d spotted the unwanted roses alongside a copy of a book about the band Alice in Chains.

He told his 8,000 followers on the social media platform: ‘Today I stumbled across this $400 box of roses, a copy of Alice In Chains, and an insurance card, all tossed on the rainy sidewalk.’ 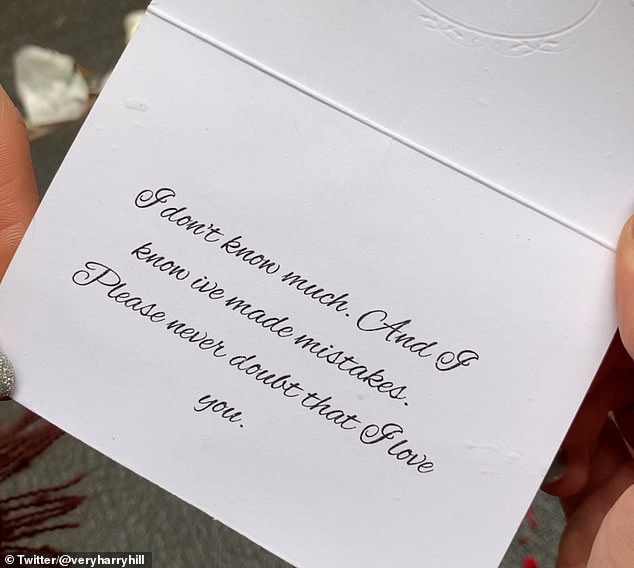 Not forgiven! The accompanying note – printed not handwritten – alluded to ‘mistakes’ that the sender had made 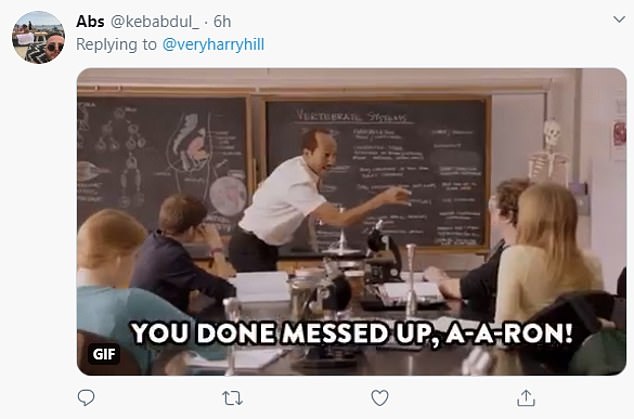 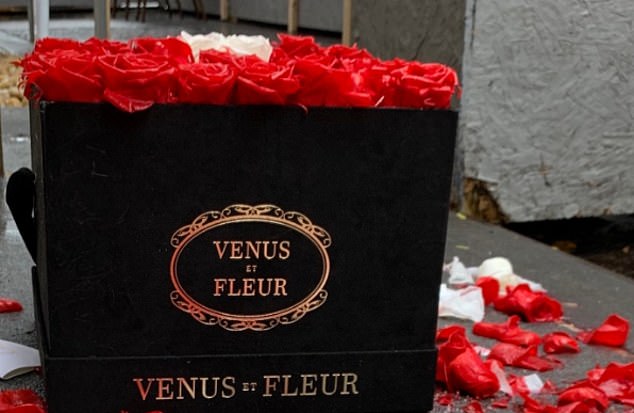 A classic black box of flowers from Venus et Fleur includes 42 to 49 roses, with arrangements ‘uniquely handmade’ by the brand’s designers

He added: ‘This was the note that went with the flowers…my question is: What did he do?’

The printed note, in florid font, read: ‘I don’t know much. And I know I’ve made mistakes. Please never doubt that I love you.’

The theories that Hill’s followers came up for why the sender offered the flowers in the first place largely focused upon infidelity.

@AriReadyForIt was convinced of the answer, suggesting: ‘That man cheated on her with her sister or best friend.’

@heymisskelsey added: ‘I hope you took those flowers.’