A man has reportedly been stabbed at a West Australian detention centre amid fears detainees are about to riot.

Chaos unfolded at the Yongah Hill Immigration Detention Centre, north of Perth early overnight with footage showing one man being wrestled to the ground by officers before being taken away.

Detectives, ambulances and police in riot gear are all at the centre with reports a man was stabbed and a fire was lit inside, Nine News reported.

A WA St Johns Ambulance spokesperson confirmed paramedics were sent to the detention centre at about 11.20pm on Wednesday.

Chaos unfolded at the Yongah Hill Immigration Detention Centre, north of Perth early on Thursday morning with police in riot gear at the scene 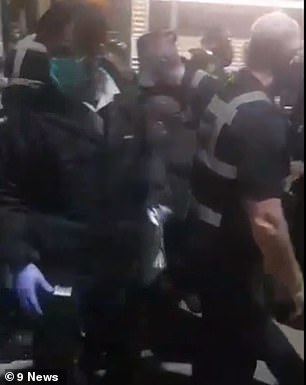 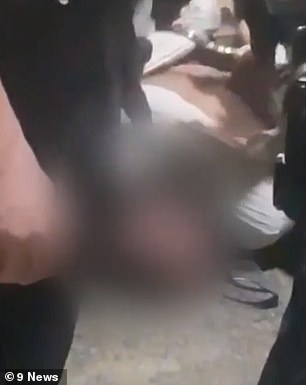 Footage shows a man being wrestled to the ground by officers