EXPRESS INFORMER > Travel > Man quits job to go out with a woman from EVERY US state, landing over 100 dates in only six months

A man has put a new spin on dating by making it his ‘mission’ to go out with a woman in every state across the US – and went as far as quitting his job to succeed.

Matthew Wurnig, 25, from Montana, has been traveling around the country in a car branded ’50 dates 50 states’ while trying to find the perfect girl from him.

Matthew’s date adventure began as a way to pass the time during the COVID-19 pandemic, but has since turned into an online series that has social media fans tuning in to see each of his extraordinary dates – which he documents and posts to his TikTok account.

Matthew Wurnig, 25, from Montana, has put a new spin on dating by making it his ‘mission’ to have a first date in every state 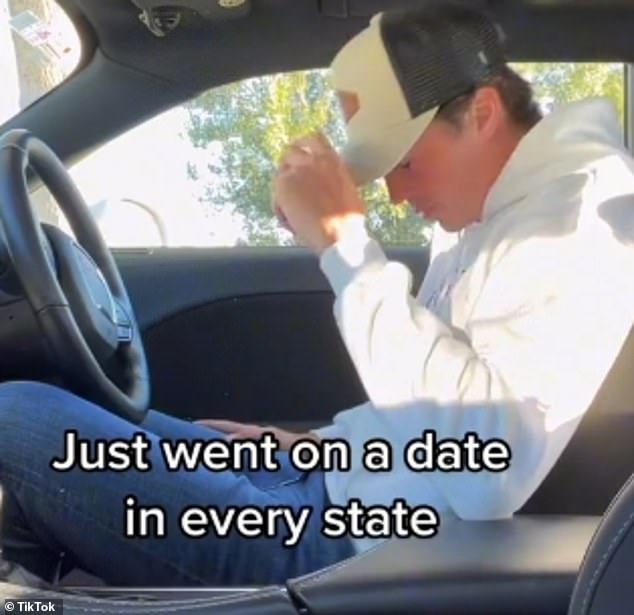 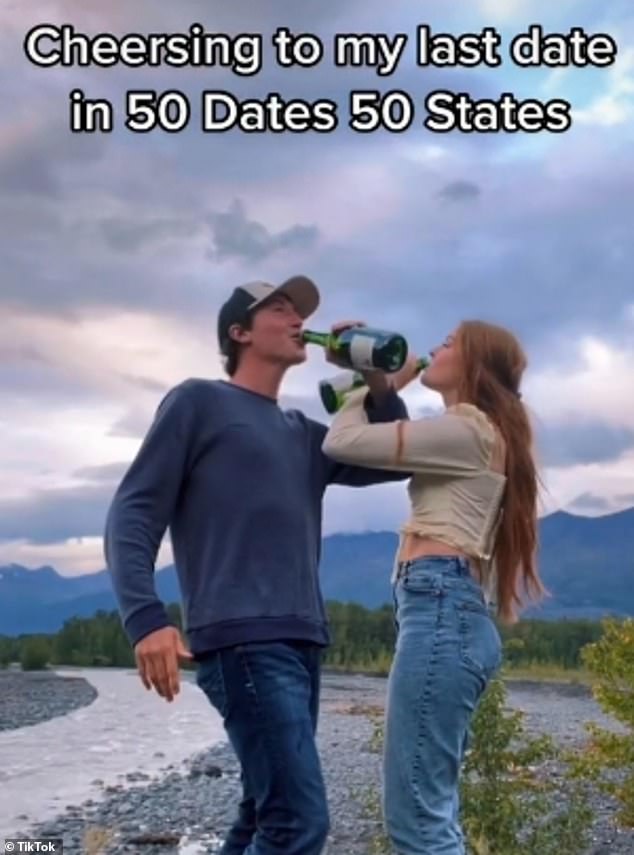 Matthew’s dating frenzy began the pandemic hit and he joined Tinder, after lockdown restrictions were lifted he made it his goal to meet every virtual date

When the pandemic hit, Matthew decided to join Tinder to keep himself entertained while in lockdown.

He had only gone on five dates in his entire life prior to joining the dating app, and talking to women through the app.

Now, Matthew has become a cross country Casanova, and has gone on a date in each of the 50 states – becoming a social media phenomenon and gaining over 551,000 TikTok followers along the way.

From a helicopter ride to Alaska to a hot air balloon ride in New Mexico, Matthew makes sure to give his dates a time to remember – and doesn’t plan on stopping his cross country rendezvous anytime soon.

In an Interview with NewsWeek, Mathew revealed: ‘Before the pandemic, I had only ever been on five dates. Now, I have been on 100 and I still don’t understand women. 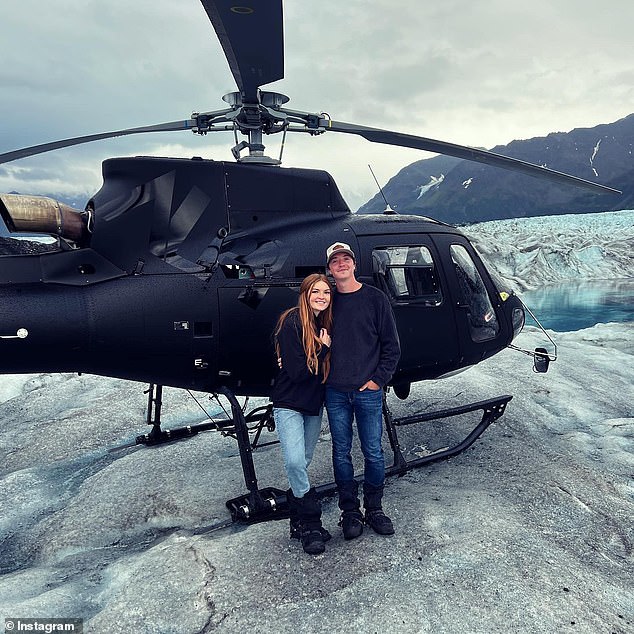 Matthew has become a cross country Casanova, going on a first date with a different woman in every state and has went on extravagent dates with many woman, including a helicopter ride 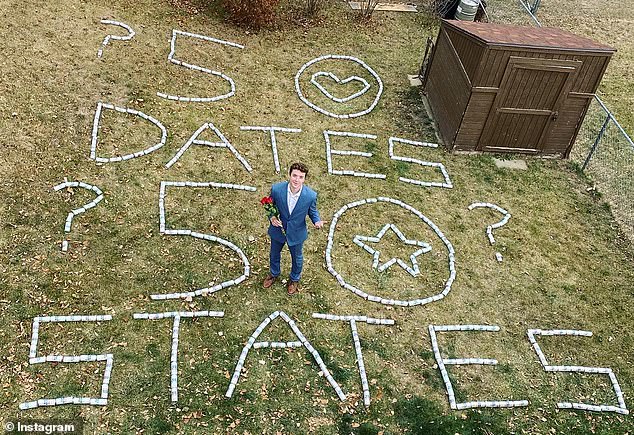 He quit his job and traveled to every state and went on over 100 first dates while documenting it on his TikTok to his over 551,000 followers 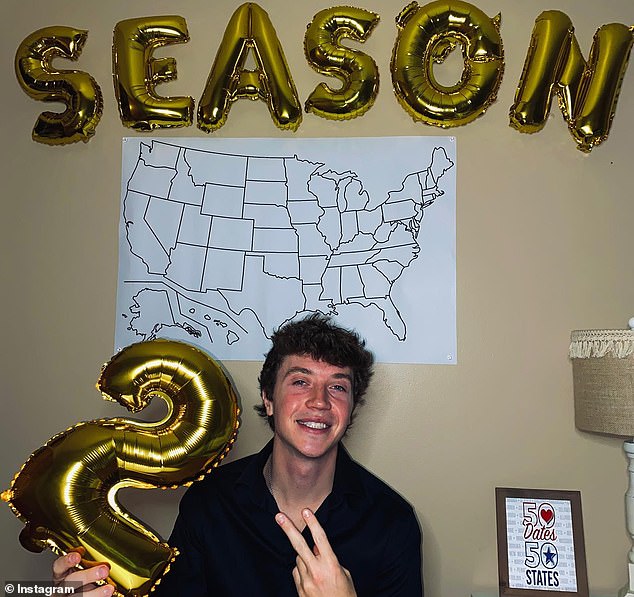 Fans loved ‘season one’ of Matthew’s dates so much, he decided to hit the road again and has become a cross country Casanova with a date in every state

‘The reason I downloaded Tinder was boredom, there was a lot of negativity in the news so I wanted to do something uplifting to keep myself entertained.

‘I then had a lightbulb moment when I realized you can change the location settings and I began virtually dating women from L.A., New York, and Dallas.’

After restrictions were lifted, he decided to expand his new dating life to in person meetups, and made it his mission to meet every single one of his virtual dates in real life, no matter how long it took.

In January of 2021, Matthew began his quest for love and started driving across the country to have dates in every state, before flying to Hawaii and Alaska.

Prior to each date, Matthew made each women aware of his ‘mission’ and while most were on board, he revealed others weren’t too keen.

‘I will admit, I don’t have a 100 per cent success rate. I have been left on read a few times,’ he revealed.

By June of 2021, Matthew had completed his mission and successfully had a first date in every state.

And social media loved watching his endeavors unfold so much that Matthew decided to hit the road once again to take on another set of 50 first dates.

Matthew even quit his job so he could travel the country for the ‘second season’ of his ’50 dates 50 states’ adventure. 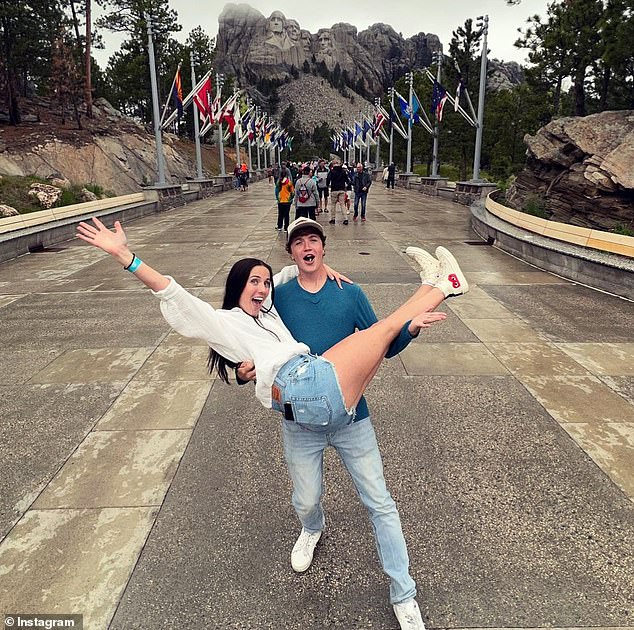 Prior to each date, Matthew made each women aware of his ‘mission’ and while most were on board, he revealed others weren’t too keen and left him on ‘read’ 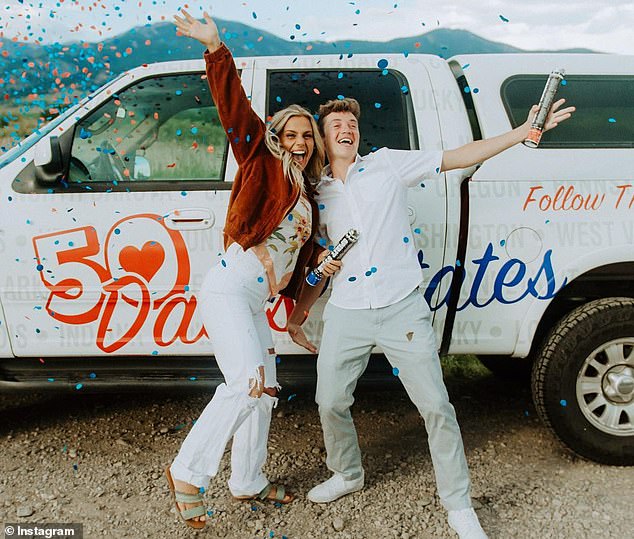 Although the 25-year-old has racked up a large amount of first dates, he doesn’t consider himself a ‘pro,’ and his main goal is ensuring each women has the most unforgettable first date 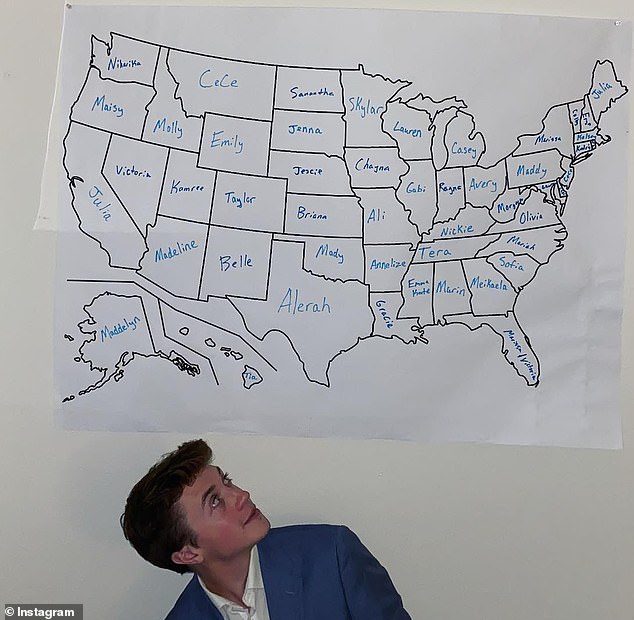 He even said he has connected with many of his dates, some more than others, but has developed a ‘mindset of a mission to accomplish’

Although the 25-year-old has racked up a large amount of first dates, he doesn’t consider himself a ‘pro,’ and his main goal is ensuring each women has the most unforgettable first date.

‘We always have a lot of fun,’ he said. ‘I’ve been on hiking dates in national parks, laser tag, bike rides, and a handful of sports games.

‘I make sure that I always treat my dates and pick up the check. I was raised to believe that the man should pay for the first date. It’s polite if the woman offers to split it but I would never accept.’

He said he has connected with many of his dates, some more than others, but has developed a ‘mindset of a mission to accomplish.’

Jayci Miller, 23, from Rapid City, South Dakota, went on a date with Matthew – and the two went to an adventure park.

She said the date was ‘a memorable experience,’ and that it allowed her to step out of her comfort zone with an ‘incredible guy.’

Fans can now tune into season two of Matthew’s dating frenzy on TikTok as he travels the country looking for his perfect match.