A man was left seriously injured after being shot by armed police who were scrambled to a car park in Cheshire this afternoon.

Police said officers were called to concerns for the safety of a man at an address in Runcorn at 1.20pm.

Video posted on social media appeared to show armed officers outside flats shouting at a man, who was on a grassed area, and urging him not to reach for a gun.

They can be heard shouting: ‘Show me your hands.’ 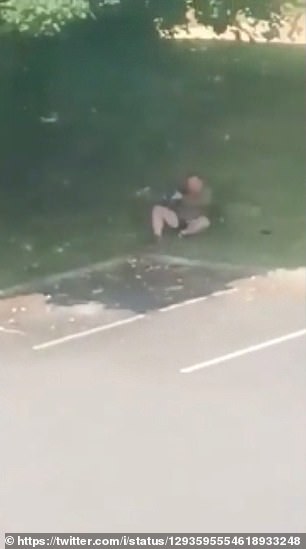 Video posted on social media appeared to show armed officers outside flats, pictured left, shouting at a man, who was on a grassed area, pictured right, and urging him not to reach for a gun 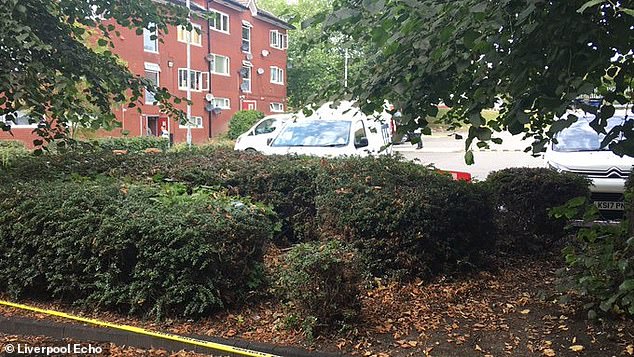 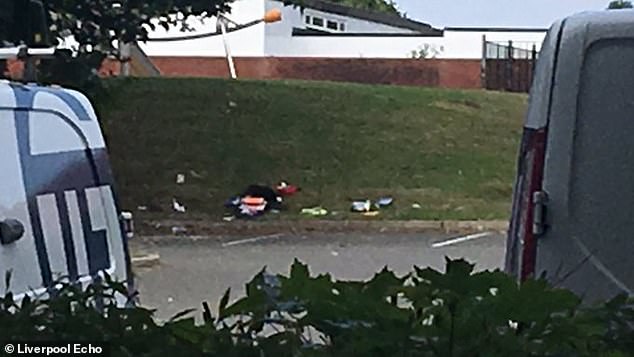 Officers were called to the Knoll, in Runcorn, at about 1.20pm to respond to a ‘serious incident’ and reports of concern for a man’s safety 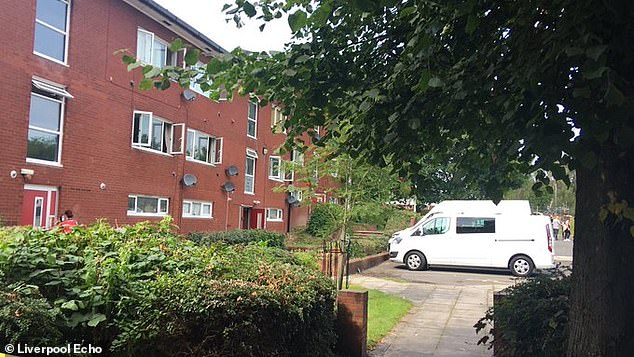 Moments later, the man had been shot and was taken to Halton Hospital for treatment.

A local community centre was later cordoned off as CID officers worked at the scene.

There were also reports of passer-bys, including an elderly lady, being told to ‘stay indoors’.

A Cheshire Police spokesman said: ‘Officers swiftly attended the scene and located the man at the Knoll.

‘During the incident, a police firearm was discharged. The man sustained serious injuries and was taken to hospital.’

Chief Inspector Sarah Heath, from Runcorn local policing unit, said: ‘I would like to reassure the local community that this is an isolated incident and there is no risk to the public.

‘Officers will remain in the area as we continue with our inquiries and I would urge anyone with any concerns to speak to an officer.

‘In line with normal procedure, the incident has been referred to the Independent Office for Police Conduct.’

Anyone who witnessed the incident, or anyone with any video footage, should contact Cheshire Police on 101 quoting IML 778324 or visit https://www.cheshire.police.uk/ro/report.