Man is charged with murdering ‘doting dad’, 30, who was stabbed to death near primary school on Father’s Day

A 24-year-old man has been charged with murder after a ‘doting dad’ was stabbed to death on Father’s Day.

Reece Adamson, 30, was found with stab wounds to the neck after police were called to reports on Sunday night of a brawl in a Birmingham street.

Officers found the father of one lying bleeding on the street. They were unable to save his life and he was pronounced dead at the scene.

Father of one Reece Adamson, pictured with his daughter Amory, right, was described as a ‘doting dad’ by his family, who paid tribute to the 30-year-old who was stabbed to death in Birmingham on Sunday, June 21 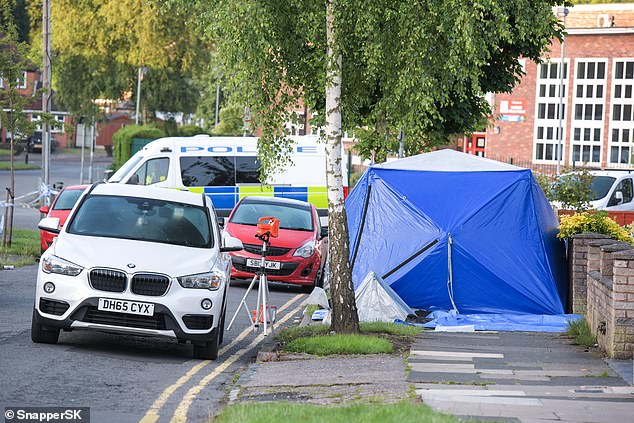 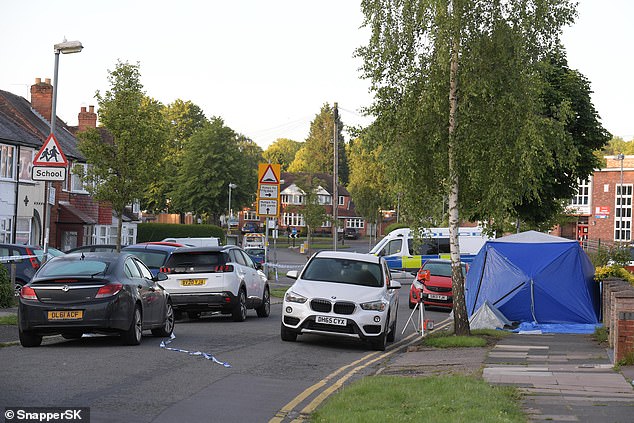 In a statement, they said: ‘It is with heavy hearts and sheer disbelief that Reece was stolen from us on Father’s day.

‘He was a doting partner, father to his daughter, loving son and grandson.

‘He was extremely loyal and one-of-a-kind. He was from an unbreakable family network underpinned by mum, dad and his grandfather Fr Deson.

‘We will not forget his infectious laugh and are broken beyond belief.’

West Midlands Police have charged Shaun Bent, 24, who lives on the road where the murder took place, with murder.

He also faces charges of assault and possessing of a bladed weapon as well as grievous bodily harm and knife possession relating to a separate attack in March.

Detective Inspector Jim Colclough, from our homicide team, said: ‘My thoughts are with Reece’s family and friends at this incredibly upsetting and difficult time.

‘We’d still like to hear from anyone who has any information on what happened on Sunday night that led to Reece losing his life.

‘We understand there may have been an incident earlier that evening on Newbury Road near to Alma Street involving the same people and we’d still like to speak to anyone who noticed anything suspicious or who has any dash-cam footage of a fight.’