EXPRESS INFORMER > News & Politics > Man heard screaming ‘I could murder’ before beating his wife and 76-year-old to death, court hears

Neighbours heard a man scream ‘I could do a murder’ moments before they watched him bludgeon a pensioner and his own wife to death on a quiet residential street, a court heard.

Sandy Seagrave, 76, had stepped in to stop Daniel Appleton, 37, beating his wife, Amy, 32, a teacher, on the driveway of their semi-detached home in surburban Sussex.

But as the good samaritain confronted him, the burly car mechanic grabbed her walking stick and hit her over the head, causing her to fall tso the ground.

Neighbours told a court they watched on in horror as Appleton then raised the stick high above his head with both hands and repeatedly hit the tiny 4’9′ pensioner, bludgeoning her to death with ‘full force.’ 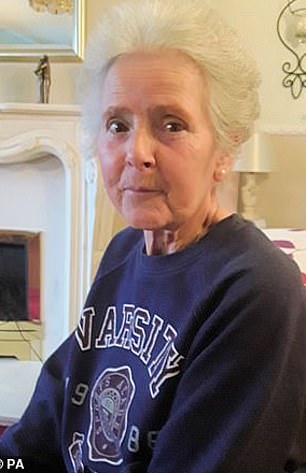 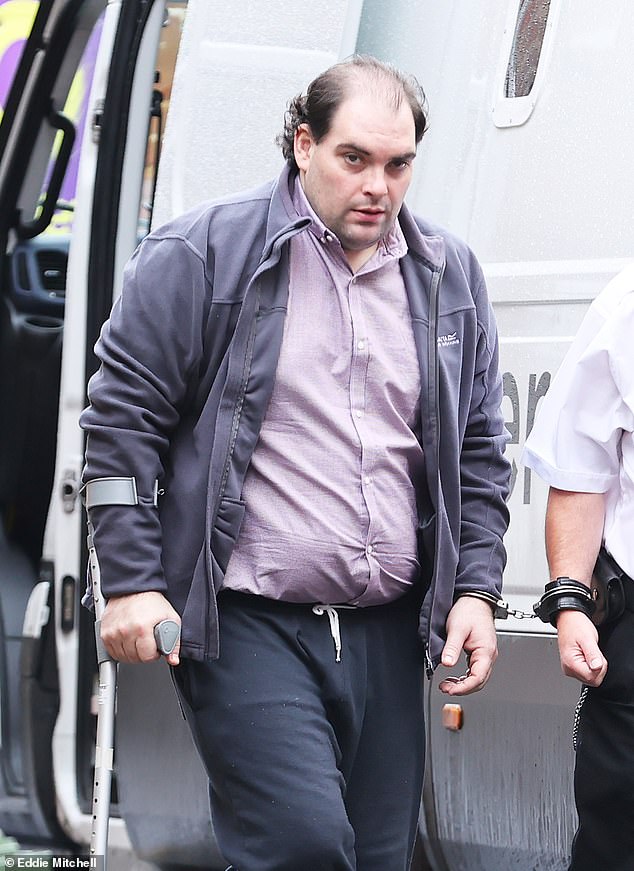 Appleton is on trial at Hove Crown Court (pictured outside court) for the double murder which happened in Crawley, West Sussex, three days before Christmas last year. Pictured: Outside court on October 24

Appleton, who ran a garage business, then turned his attention back to his wife, Amy, who was in her underwear and trying to hide behind the Audi car on the driveway.

He approached her and beat her to death with the same walking stick he had used to kill Miss Seagrave.

The ‘terrifying and mindless’ attack took place on a quiet suburban street on a Sunday morning just three days before Christmas last year.

Appleton is on trial at Hove Crown Court for the double murder which happened in Crawley, West Sussex.

Dressed in a purple shirt and dark trousers, he admits killing the women but denies murder claiming it was the result of a psychotic episode.

However prosecutors say traces of psychoactive drugs were found in samples taken from him and he may have been high on a synthetic form of LSD. 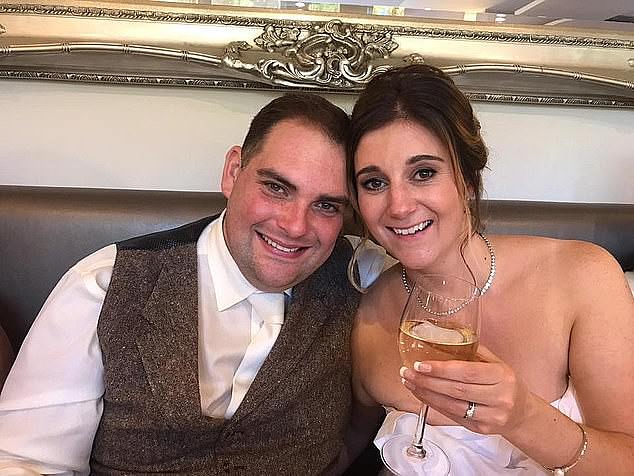 Daniel Appleton, 37,is on trial at Hove Crown Court for the double murder of his wife Amy (pictured left) and Miss Seagrave. The attack happened in Crawley, West Sussex, just three days before Christmas last year

Ivonne Greenwell, who lived next door with her husband and two children, said the attack was ‘terrifying’ and ‘mindless’.

She said she first heard an ‘explosive’ commotion coming through the party wall of her semi-detached home as she lay in bed.

Mrs Greenwell, a dental nurse, told Hove Crown Court she could hear Mr Appleton screaming at his wife at the top of his voice while his wife tried to comfort and calm him down. 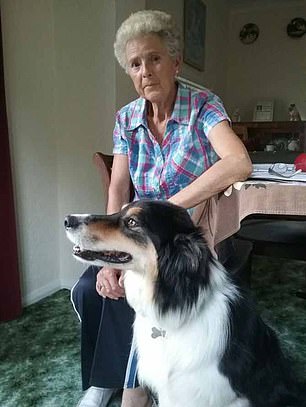 Sandy Seagrave, 76, had stepped in to stop Daniel Appleton, 37, beating his wife on the driveway of their Crawley home

She said: ‘He was screaming and he said: “I’ve had f***ing enough of this, I’m f***ing done with this.” I looked at my phone and thought shall I phone the police now.

‘Then he said: “I could do a murder. I could murder you.” I ran to my daughter’s room. My daughter was stood in her bedroom stiff with fear.

‘I phoned 999 immediately and I got a lady on the phone and I basically yelled: “You’ve got to come to this address. My neighbours are having an argument that is rapidly getting out of hand.”‘

Mrs Greenwell said she went back to her bedroom window expecting to see the police ‘screeching’ around the corner.

Instead she saw Appleton walk out of his house down his driveway dressed just in white boxer shorts.

She said: ‘His chest was sort of puffed out and he had this stance that almost said: “Does anyone want to have a go at me?”

Mrs Greenwell then saw Sandy Seagrave, 76, dressed in a purple overcoat and carrying a walking stick, crossing the road towards Appleton.

She said a verbal altercation broke out between the pair and the pensioner lifted up her stick and said: “How dare you!”

She told the court that without warning Appleton grabbed the walking stick out of her hand and hit her over the head causing Mrs Seagrave to fall to the ground. 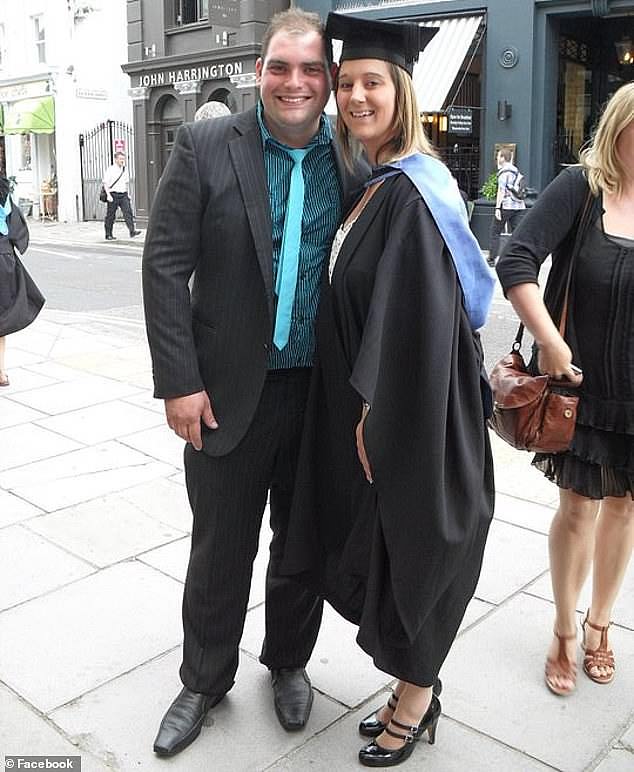 Appleton (pictured left with wife Amy, right) admits killing the women but denies murder, claiming it was the result of a psychotic episode

‘There was no noise,’ she said. ‘It happened in a flash and she was on the ground motionless. She did not move. She did not say anything. I was on the phone to the emergency services.

‘I banged my hand on the window a couple of times and shouted: “Stop it Dan, Stop it. Don’t do it.”

‘He then took the walking stick in both hands and with full force hit Sandy over the head. I screamed. He was killing her, that he had hit her.

‘It was too horrible to watch so I turned around and left my bedroom.’

Janet Spragg, who was out on a morning run with her Dalmatian, said she stopped as she saw Mrs Seagrave approaching Appleton.

‘You could tell she was not happy and was telling him off and he was walking towards her,’ she said.

‘She was going over to tell him off about something and his language was bluer and was more aggressive. There were expletives.

‘She wasn’t intimidated. She walked towards him. He took the walking stick, he did it very quickly. I thought: “Why would you do that?”‘

Breaking down in tears, Mrs Spragg said she watched as Appleton then suddenly hit the pensioner with the stick. 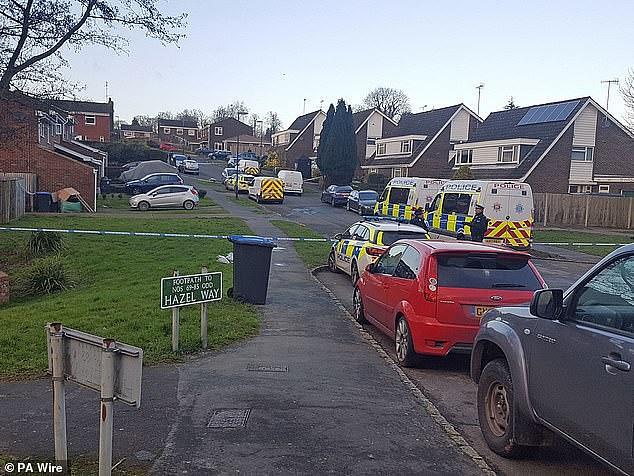 The attack took place on a quiet suburban street (pictured) just three days before Christmas last year, as neighbours said they saw the attack from their homes and as they jogged past 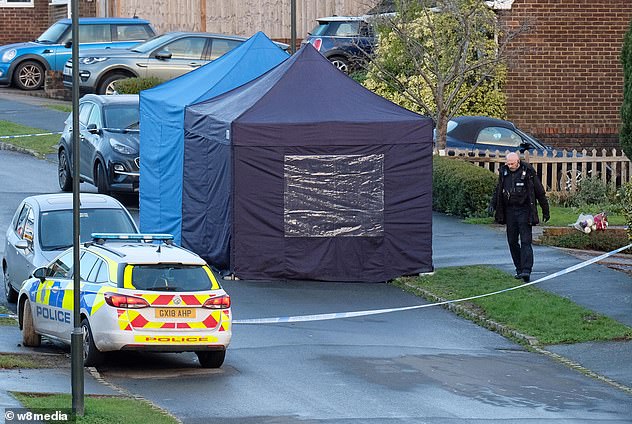 A forensic tent is pictured inside a police cordon in Crawley Down, West Sussex, after the attack last year

She said: ‘It was a very quick act and with all his force he hit her in the stomach, with force and she just collapsed.

‘The force was so disproportionate and that is when I shouted out: “No!”‘

Prosecutors claim Appleton had taken a synthetic form of LSD and was high when he launched the attacks.

The court heard that in an interview with a psychiatrist Appleton admitted having taken magic mushrooms – a natural hallucinogen – years before.

Experts believe both drugs could have been responsible for his violent psychotic behaviour and may have been present at the time of the attacks on Sunday December 22 last year.

A court was told yesterday that after the attacks Appleton went back into his house and tried to kill himself.

Stabbing himself at least five times in the chest with a large kitchen knife, cutting his neck and slashing his thighs in an attempt to cut the femoral arteries.

Both women were both pronounced dead at the scene but he was rushed to hospital and survived.

An inquest into Amy’s death previously heard how she was a teacher at Copthorne Church of England junior school.

Tributes around the time of hear death said she had an ‘amazing personality’.

One person said: ‘She was such a strong, positive person who always smiled.’

Mrs Seagrave’s family also described her as ‘one of a kind, an eccentric character who was stubbornly independent, feisty, brave and not afraid of anything.’