Former Liverpool midfielder Dietmar Hamann has accused Pep Guardiola of ‘suffocating’ his players and not giving them enough ‘responsibility’ after Manchester City crashed out of the Champions League with defeat to Real Madrid on Wednesday.

City appeared to have one foot in the final in Paris when Riyad Mahrez put them two goals ahead on aggregate with 17 minutes to go but Real forced extra time with a stunning comeback.

Rodrygo scored twice in 90 seconds to level the tie before Karim Benzema’s penalty in extra time sent Real through at the expense of Guardiola’s devastated City side in one of the most dramatic matches in Champions League history.

Guardiola has faced criticism for his side’s failure to progress, which prolongs the club’s wait for a first Champions League crown.

Hamann believes the Spaniard should shoulder some of the blame for City’s exit, and claimed Liverpool boss Jurgen Klopp and Real manager Carlo Ancelotti would not have made the same mistakes.

‘If you give players responsibility they act responsible,’ Hamann wrote on Twitter. ‘If you try to play the game for them they won’t.

‘Guardiola suffocates teams and players to make their own decisions. Compare that to Ancelottis or Klopps teams.’

In a separate Tweet, the former German international said he had ‘never seen a team as helpless as City’ in the last 15 minutes of the second leg at the Bernabeu.

‘Usually you always get one more chance [but] they never,’ he added. 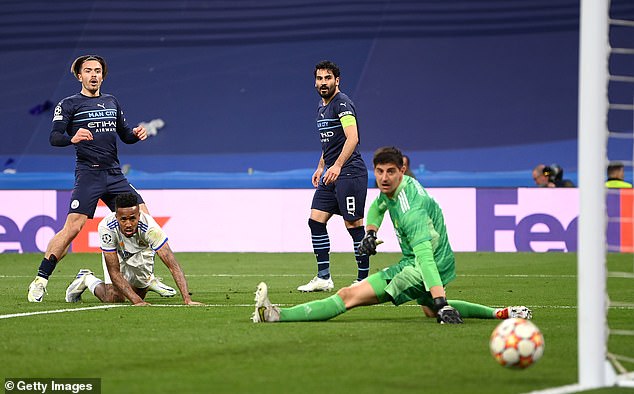 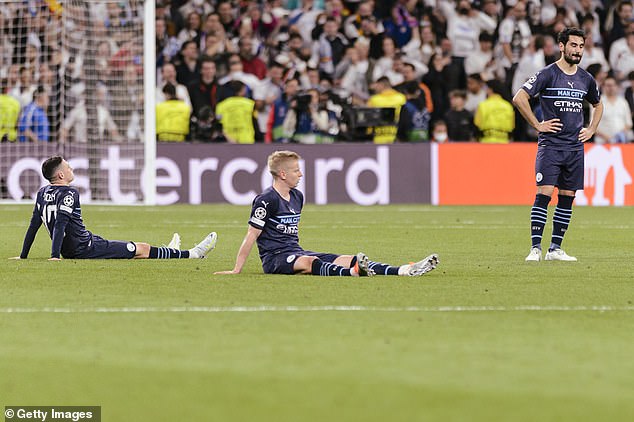 City did have two glorious chances to put the tie beyond Real before Rodrygo’s last-gasp double ensured they suffered more European heartbreak.

Jack Grealish twice went agonisingly close to extending the away side’s lead as he had a shot cleared off the line by Ferland Mendy and another effort diverted just past the post by the foot of Real Madrid goalkeeper Thibaut Courtois.

Fernandinho missed City’s best opportunity in extra-time but Real held on to close out a famous victory.