A man and a woman were killed and two people were left seriously injured after a car smashed into a wall in the West Midlands overnight.

The pair, in their 20s, were travelling in a grey Mercedes A200 which hit a wall in Solihull in the early hours this morning.

Police collision investigators, forensics and detectives were at the scene in a Solihull cul-du-sac examining and taking pictures today.

A man and a woman were declared dead at the scene of a crash in the early hours after a car they were in crashed into a wall in Solihull, West Midlands 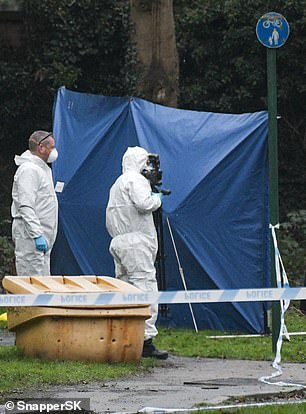 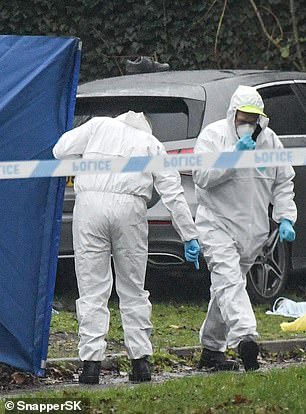 The man and woman were pronounced dead at the scene after the crash took place at around 2am.

The other two occupants, the driver and a passenger, were taken to hospital with serious injuries.

Blue screens were then put up around the site earlier this morning to block the view of the vehicle.

Detective Sergeant Paul Hughes, who is leading the investigation, said: ‘This is a tragic time for the families of those involved and we have specially trained officers who will be supporting them through the difficult time ahead. 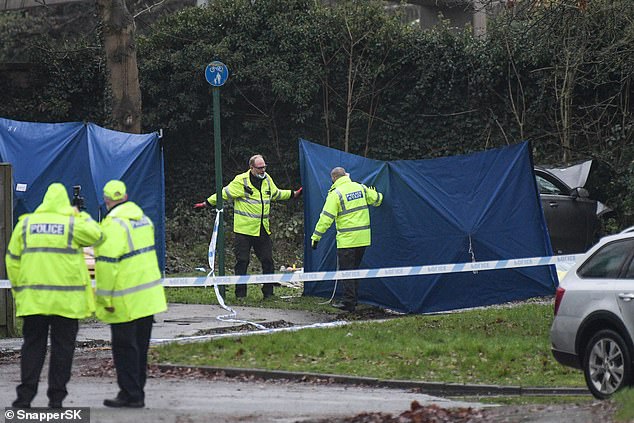 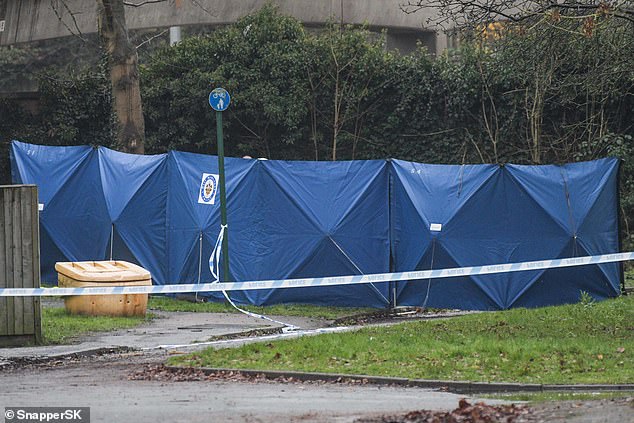 The other two people in the car, the driver and a passenger, were rushed to hospital with serious injuries

‘The investigation is at a really early stage, and we’re trying to establish exactly what happened and why.

‘I’d urge anyone who saw the Mercedes driving in the area last night, or who may have captured anything on dash-cam footage, to get in touch with us as soon as possible.’