EXPRESS INFORMER > News & Politics > Man, 49, tearfully reunited with his big brother after the pair were separated for 40 years

This is the emotional moment a father-of-one is reunited with his older brother from whom he was separated as as child, on Long Lost Family.

Murray Phillips, 49, grew up in a children’s home in Staffordshire with his brother Ricky, who tucked him in every night, before the pair were adopted together.

However after three years with their adoptive parents Ricky, who had a fractious relationship with his mother, was taken back into care. Murray, who was just nine years old at the time, said he didn’t understand that he would never see his brother again.

From the age of 18, the sports bar owner from Tamworth began searching for Ricky but kept hitting dead ends. 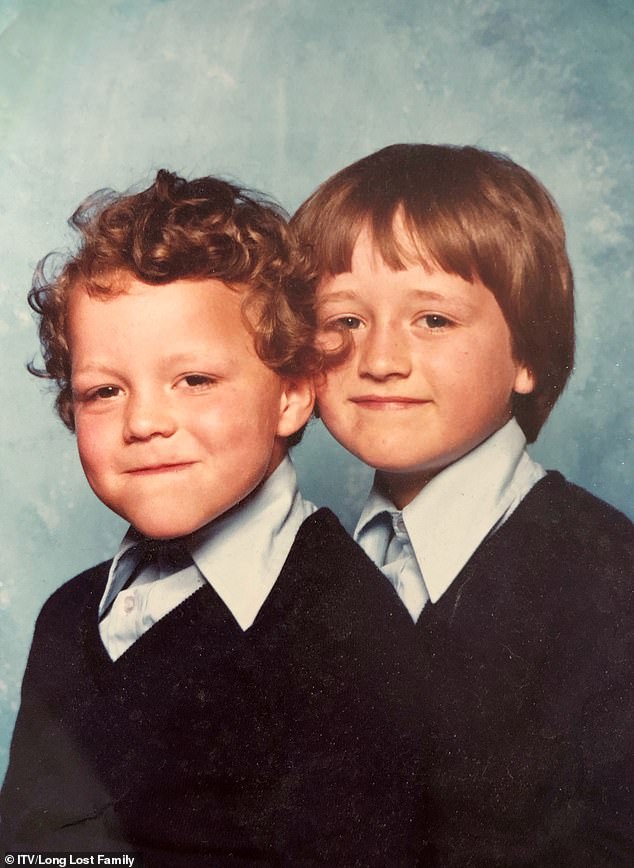 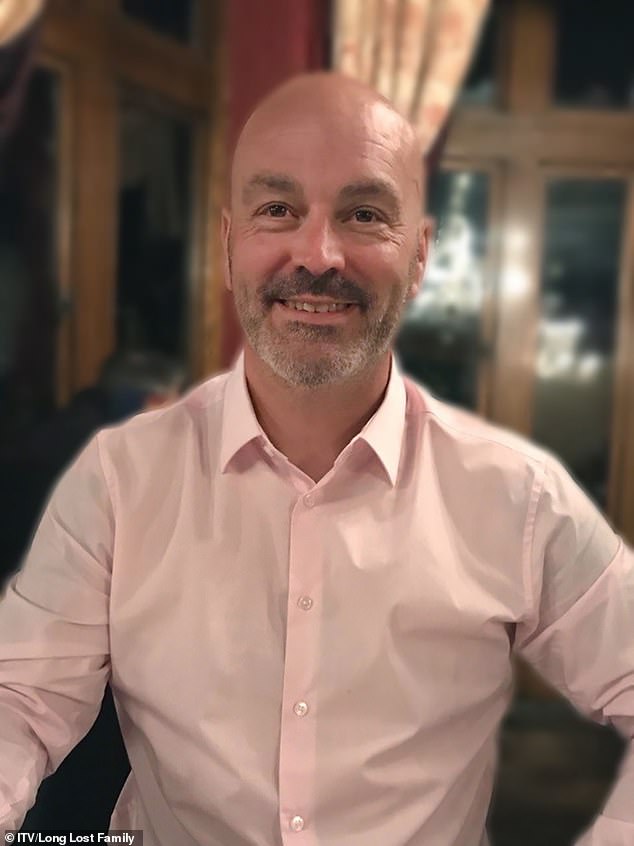 Murray Phillips, 49, from Tamworth, is now a father-of-one with a grown-up daughter who owns a sports bar 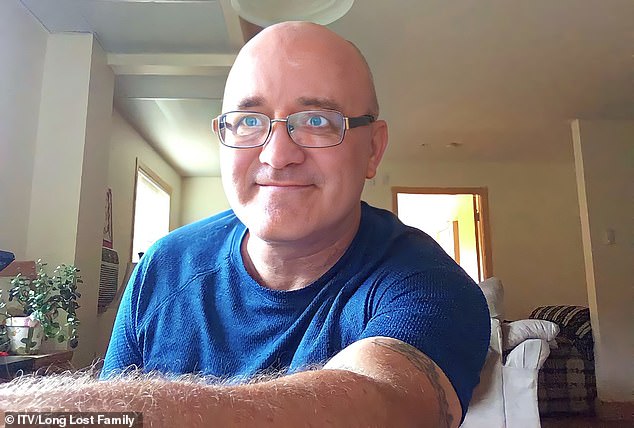 Ricky Barnes has been living in British Columbia, Canada for the last 20 years after moving there to work as a carpenter

More than 40 years on from their separation, the team behind the ITV programme finally managed to locate Ricky – who has been living in Canada for the last two decades after moving there to become a carpenter.

Recalling his years-long search for his brother, Murray told Davina McCall: ‘Ricky was everything to me. He looked out for me and he would always protect me.’

He added: ‘I missed him every day.’

After Davina broke the news the team had found Ricky, Murray, who is engaged to partner Jenny, teared up as he said it was the ‘best day of [his] life’, with the exception of the day his daughter Laura was born.

Ricky Barnes is recovering from a stroke at an assisted living facility in British Columbia, where he has learnt to walk and talk again.

After 40 years apart from his younger brother, Ricky still referred to his sibling as ‘my Murray’. 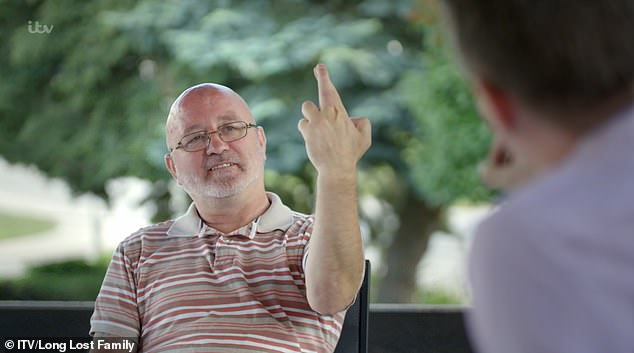 Speaking to presenter Nicky Campbell, Ricky said he and his brother Murray were ‘joined at the hip’ as children 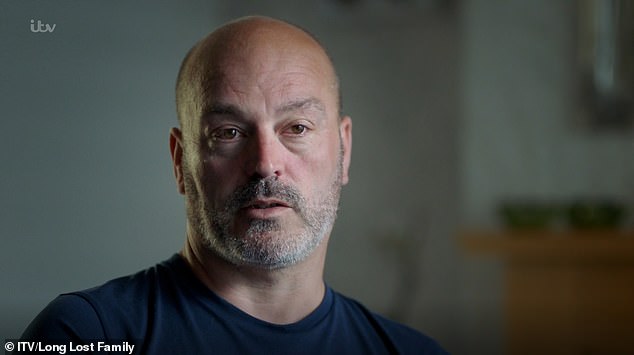 Describing his brother as ‘the curly-haired boy who has a smile to light my life’, he added the pair were joined at the hip as children.

However, when Ricky was first shown a photo of Murray in the present day, he realised his younger sibling’s curly locks weren’t as he remembered.

Laughing, he told presenter Nicky Campbell: ‘Bald head! Like me.’

Explaining why he was returned to the care home, Ricky claimed his adoptive mother had spanked him with a saucepan after he stole from her.

After describing how social services took him away, Ricky claimed he had tried to make contact with Murray from the children’s home, but when he called the house, his adoptive mother hung up the phone.

When Murray was told the reasons for Ricky moving back to the care home, he said he wished he had been told the truth at the time and would have chosen to go back into care with his big brother.

Despite four decades apart and around 4,500 miles between them, the brothers still seem to share a sense of humour as Murray made a similar joke about Ricky’s hairline when he first saw a photo of him.

‘I wouldn’t be the man I am today without him and I want to thank him for that,’ Murray said tearfully, before thanking the team for finding him.

When the pair finally reunited Murray explained he only remembered a small part of being at the children’s home, and he didn’t realise what had happened to his older brother until he reached adulthood.

‘I could just see the spark in his eye and he looked at me the same way like, “we’re brothers again”,’ Murray said.

Ricky explained to his brother that he wanted to protect him after he moved back to the children’s home – and told Murray he had tried to make contact decades ago when they were still children but his adoptive mother.

After catching up about their families, Murray gave his brother a gift of a Liverpool FC shirt, which had always been Ricky’s team as a child.

Ricky also gave his brother a gift in an album of family photos, including some of his daughter, Phoebe.

He told Murray his daughter was an ‘unbelievably fast’ football player who could play with her right foot and her left foot.

Murray responded: ‘Takes after me, then.’

Speaking to the camera, Murray said: ‘I’ve got my big brother back. It’s fab.’