EXPRESS INFORMER > News & Politics > Man, 44, punched and threw bike at neighbour, 23, after he asked him to turn down his music at 5am

Shocking footage shows the moment a man punched his neighbour in the face and threw a bike at him after he was asked to turn his music down at 5am.

Daniel Joseph, 44, flew into a rage after Kelvin Mrewa, 24, knocked on his door to complain about the music playing from his home in Bricksfield, Worcester.

Joseph was filmed pushing his neighbour to the ground, before throwing a bicycle at him and repeatedly punching him in the face.

Last Friday Joseph was found guilty of assault by beating, criminal damage and failing to surrender to custody.

The shocking attack took place on January 4 last year, after Mr Mrewa was woken up by Joseph’s loud music.

Footage taken on the victim’s phone shows the irate neighbour swearing at him before launching a frenzied attack.

The footage shows Mr Mrewa, an administrator, asking Joseph to turn his music down.

Joseph is heard shouting: ‘Get the f*** away from my door!’

He then shoves Mr Mrewa in the chest, causing him to fall over backwards.

As Mr Mrewa desperately tries to defend himself, Joseph is heard screaming at him: ‘Come here, now f*** off!’ before hurling a bicycle at him.

He then punches Mr Mrewa repeatedly before the video cuts out. 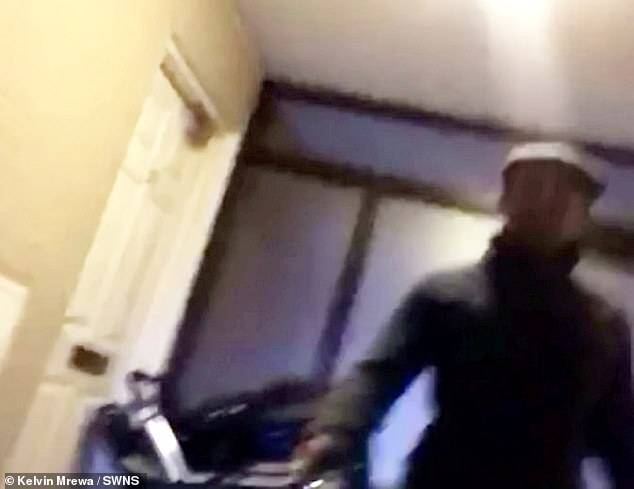 Magistrates heard Joseph threw a bicycle at his victim before punching him repeatedly in the head outside his home in Bricksfield, Worcester 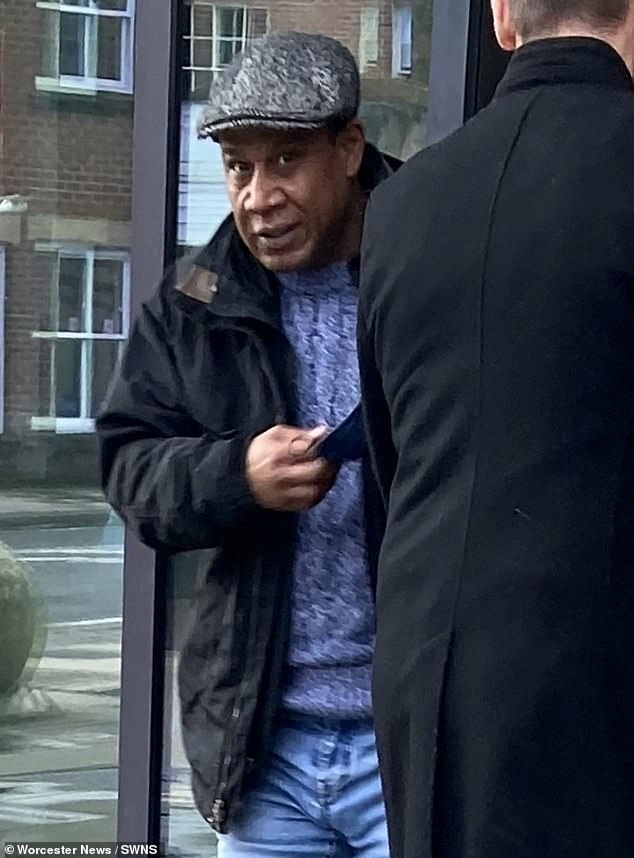 Daniel Joseph was found guilty of assault by beating, criminal damage and failing to surrender to custody

Magistrates heard how Joseph punched Mr Mrewa three or four times in the face before kicking him as he lay on the ground.

Mark Hambling, prosecuting, said: ‘Joseph was playing loud music in his flat and the injured party remonstrates because he says he can hear that music.

‘He asked Mr Joseph to turn the music down and Mr Joseph came out of his flat and Mr Mrewa will say there’s an attack on him.’

Speaking after the case, Mr Mrewa said: ‘It was really early in the morning between 5am and 6am and he was making far too much noise.

‘I decided to knock on his door and ask if he could turn the volume down a bit.

‘I knocked politely not in an aggressive way at all and then I knocked a little louder as he couldn’t hear the door obviously because the music was up to loud.

‘He opened the door and he started shouting at me.

‘He was being aggressive and saying that and I just asked him if he could turn the music down as I’m trying to sleep and get enough rest for work.

‘I told him again that I was just there to ask him to turn down the volume as it was around 5am and it was early.

‘But he then just started beating me up. I told him that I didn’t need any of this.

‘As soon as possible I rang the police and they came over and I showed them my injuries and what he had done.

‘He does usually play loud music and his dog is always barking. 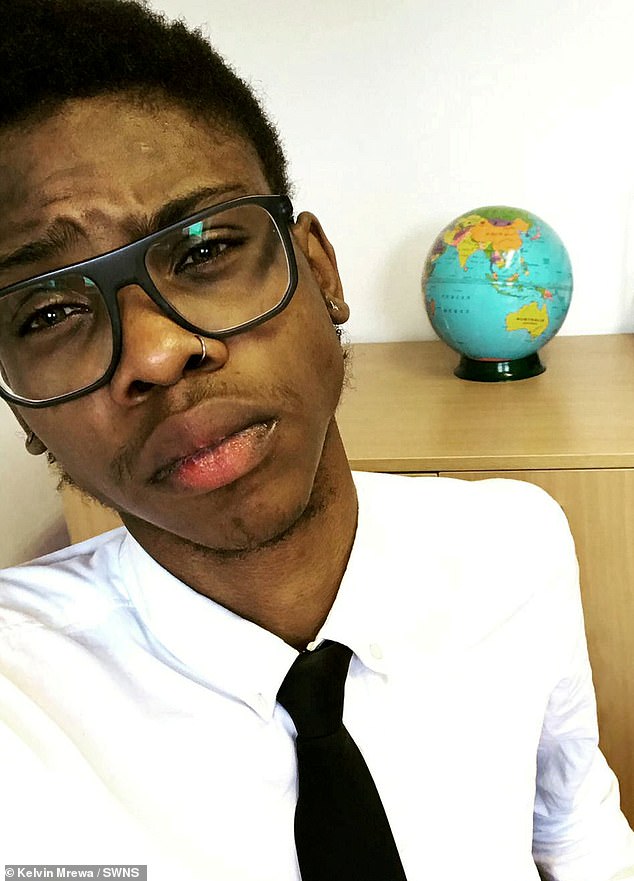 Kelvin Mrewa was pushed the ground, had a bicycle thrown at him and was repeatedly punched after he knocked on his neighbour’s door to complain about loud music 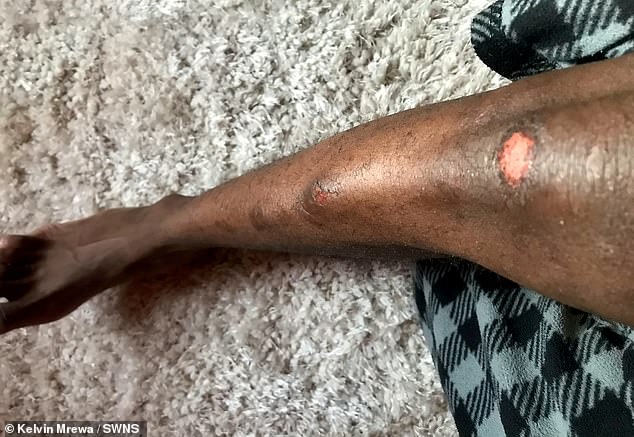 Mr Mrewa, 24, suffered an injury to his leg in the shocking attack, after loud music coming from his neighbour’s home woke him up in January last year

‘He punched me in the head and I fell down and then he kicked me while I was on the ground.

‘He kicked me to the ribs so I had to call an ambulance out and they gave me some medication and then I also had cuts and bruises on my shins from where he chucked the bike at me.

‘It was truly traumatising.

‘I’m told he is being moved somewhere else. I just hope this is true and I can move on from this.’