A teenage boy was stabbed to death in a late night attack in Leicester.

Police launched a murder investigation after the 18-year-old victim was found on Spinney Hills area of Leicester at 11.45pm on Wednesday.

Officers were called to the area following a report of a serious assault. 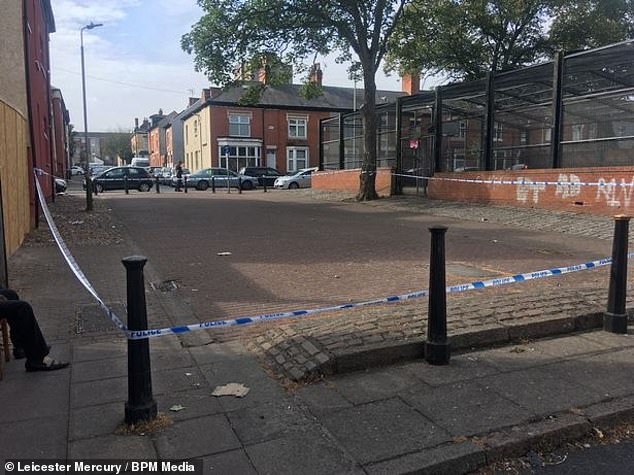 The teenager suffered multiple stab wounds and was rushed to hospital by East Midlands Ambulance Service.

Leicestershire Police confirmed the teenager died in the early hours of the morning.

Forensics officers spent the day searching the scene for evidence.

Detectives investigating the case have appealed for information  from anyone who was in the Melbourne Street area of the city late on Wednesday and early on Thursday morning.

Detective Chief Inspector Joe Banfield, from the East Midlands Special Operations Unit, said: ‘We have a dedicated team carrying out full enquiries including speaking to witnesses, analysing CCTV and carrying out forensic enquiries. A scene remains in place in the area while these enquiries are ongoing.

‘We understand there were a number of people in the area around the time of the incident and are appealing to anyone who was in the area and who has any information to make contact.

‘Please think back – were you in the area of Melbourne Street, Maidstone Road, Garendon Street, Maynard Road or Kent Street late yesterday evening (Wednesday) or during the early hours of this morning (Thursday)? Did you see or hear anything which caused you concern? Do you have any CCTV or dashcam footage from the area which could assist our investigation? If you do, please get in touch with us.

‘We understand that the incident will have caused concern in the area and our officers do remain in the area speaking to people and offering reassurance.’

Anyone with any information should contact 101 quoting incident 680 of 8 September. You can also report online at www.leics.police.uk.

So far, nobody has been arrested in connection with the investigation.