A major hunt is underway after a man fell into the River Lea in London after two men tried to escape from police.

Police in Haringey, North London, say a man was seen entering the water near Ferry Lane in Tottenham at around 9.15pm on Wednesday night.

However, the MPS Haringey Twitter account has now deleted a tweet claiming that, and posted a new one saying it followed a chase on foot from Ferry Lane. 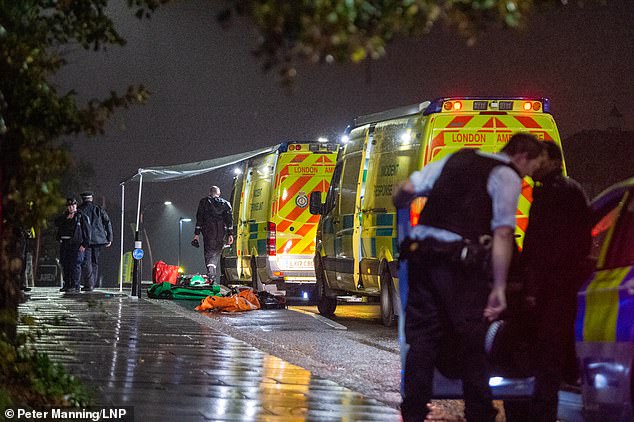 Moments before the man entered the water, two others had been arrested after trying to evade police on Ferry Lane

Pictures at the scene show firefighters working alongside paramedics and police to carry out a search of the water to try and rescue the man.

Local reports suggest a helicopter has also been deployed to aid in the search. 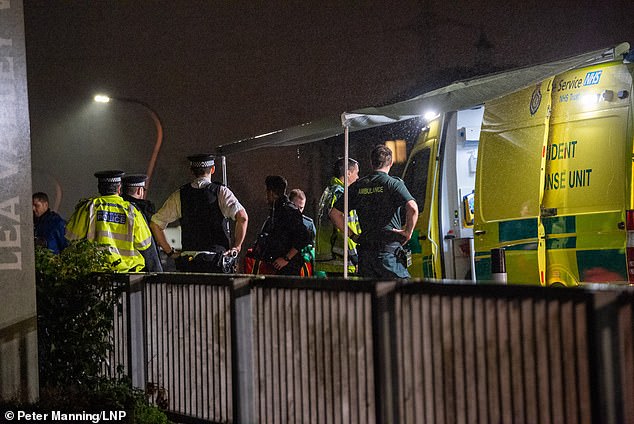 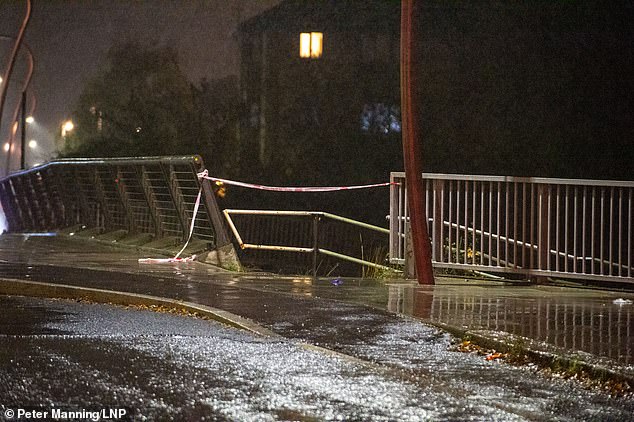 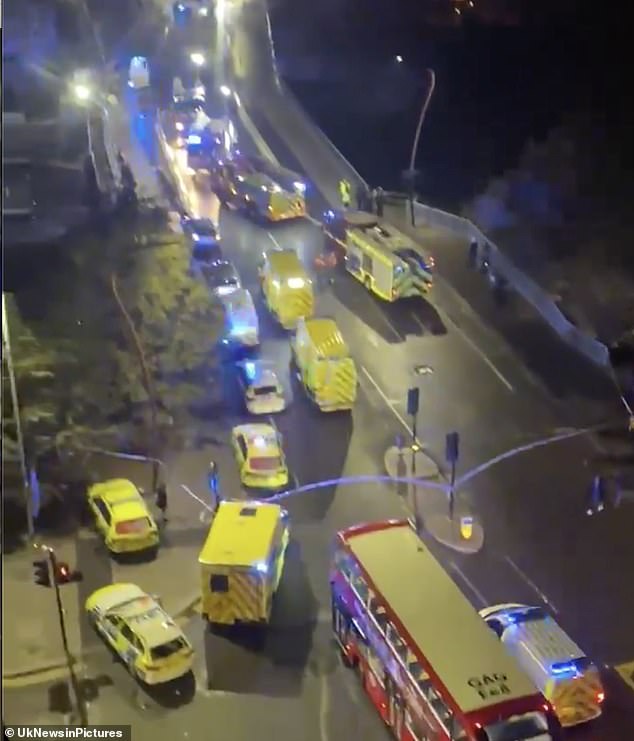 The man, who was thought to have been chased by police, fell into the river in Tottenham at around 9.15pm 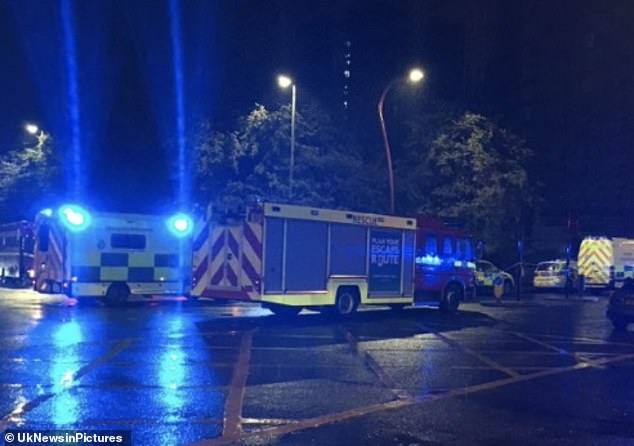 Police say the man entered the water after a police chase involving a ‘number of males riding mopeds,’ in the Tower Hamlets/Hackney area

Metropolitan Police Haringey said tonight: ‘At around 9.15pm a male was seen to enter the water. He has not been seen since and an urgent search of the area is being undertaken.’

In a now deleted tweet, the force added: ‘This followed a police pursuit from the Hackney / Tower Hamlets area of a number of males riding mopeds.

‘They made off on foot in Ferry Lane. Two males were arrested and remain in police custody. Officers continue to work at the scene – cordons are in place.’ 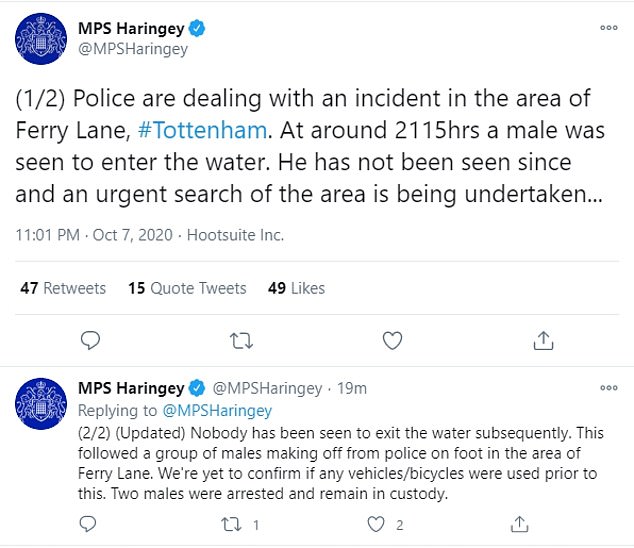 The force’s Twitter has since deleted its second tweet, saying instead the incident began after a ‘group of males’ made off from police ‘on foot in the area of Ferry Lane’

It has since published a new tweet, reading: ‘Nobody has been seen to exit the water subsequently.

‘This followed a group of males making off from police on foot in the area of Ferry Lane.

‘We’re yet to confirm if any vehicles/bicycles were used prior to this. Two males were arrested and remain in custody.’