Paris police reported a fire Friday evening near the Gare de Lyon train station, which it said was being evacuated.

‘Avoid the area and allow the emergency services to intervene,’ the police tweeted.

A witness said they saw huge clouds of black smoke billowing over the station and several fire trucks were in the area. 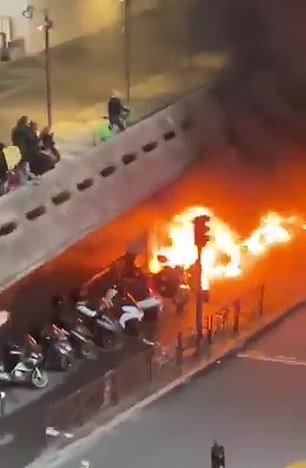 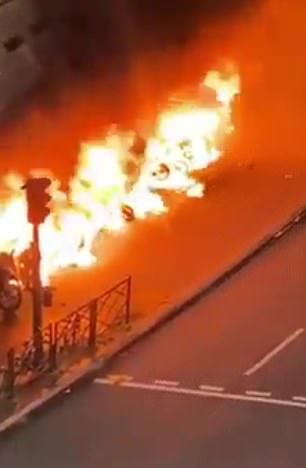 The blaze was seen engulfing a row of parked bikes, which appeared to be under a bridge

Protests have been happening in the area throughout the day ahead of Congolese singer Fally Ipupa performing in the evening, reports Le Parisien.

One video from the scene showed dozens of people pushing firefighters away and telling them to turn around as they tried to get to the blaze.

While other clips shared on social media showed the fire burning under a bridge and next to a row of motorcycles. 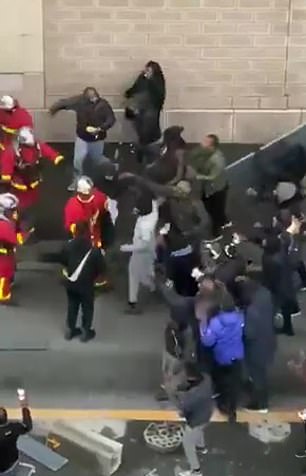 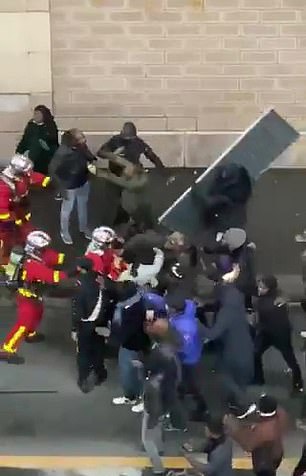