By Mail on Sunday Comment for the Daily Mail

At 7.55 tonight, about 60,000 England football fans will belt out a rousing rendition of God Save The Queen as the Red Arrows fly over Wembley Stadium, while across the city, Downing Street is bedecked in St George’s Flags.

The build-up to the Euro 2020 final against Italy has demonstrated the Prime Minister’s ability to tap into – and boost – the national mood.

In his letter to Gareth Southgate yesterday, Mr Johnson quoted from Shakespeare’s Henry V to hail the England manager’s ‘band of brothers’ – a fitting choice of playwright for him to cite, given the Shakespearean narrative of redemption that our success in the tournament represents for Southgate.

In his letter to Gareth Southgate, Boris Johnson (above at Wembley on July 7) quoted from Shakespeare’s Henry V to hail the England manager’s ‘band of brothers’ 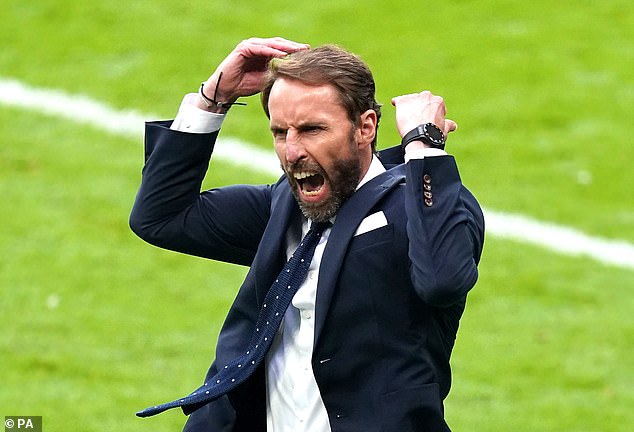 The build-up to the Euro 2020 final against Italy has demonstrated the Prime Minister’s ability to tap into – and boost – the national mood. Pictured: England manager Gareth Southgate

Our success in this riotously enjoyable tournament should also be seen as symbolic of Britain’s bright post-Brexit future, showcasing a dazzlingly talented, multicultural squad that has knitted together with supreme confidence: which is why we should not be surprised by the bitter declaration from European Commission president Ursula von der Leyen that her ‘heart’ was with Rome’s ‘Squadra Azzurra’.

Ms Von der Leyen’s remarks coincided with new figures showing that exports to the EU have already bounced back following a post-Brexit wobble, with Britain selling £14.2 billion of goods to the bloc in May – a rise of nearly nine per cent, and the biggest haul since October 2019.

Win or lose tonight, the England team have, as Mr Johnson says, lifted the spirits of the whole country – bringing us all closer together and presaging a bright new future for the wider United Kingdom. 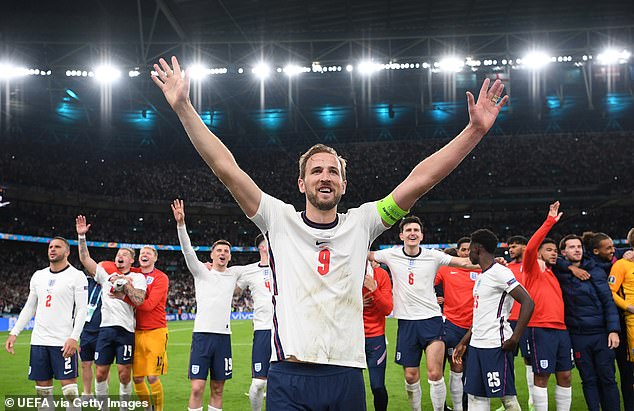