The latest GDP figures showing that the economy was back to its pre-pandemic level in November suggest the recovery this year will be far better than most economists have been predicting.

The November figures – showing growth of 0.9 per cent – were higher than just about all the forecasts, with output improving across the economy, and construction and retail performing well.

Put into context, this means the economy was 0.7 per cent larger in November than in February 2020. These are all great signs that life is getting back to normal, although the tightening of Covid restrictions in December, coupled with staff absences and supply chain hiccups, may have slowed growth in the Christmas month.

On manoeuvres?: Rishi Sunak was to welcome GDP figures by praising the public, saying the bounce-back was a ‘testament to the grit and determination of the British people’

But the gloom may be overdone. As some of the latest corporate results have shown, December may not be as bad as the more pessimistic economists are saying. Indeed, the ONS data suggests that growth over the last quarter of 2021 is most likely to reach – or even be higher than – the pre-Covid level, so long as economic output does not dip by more than 0.2 per cent in December.

Whether this growth can be sustained over the next few months is another matter. The continuing restrictions, rising energy bills and higher taxes on their way in April might mean the recovery starts to falter.

But on the other side of the equation, the UK has one of the strongest jobs markets in the world, business investment is on the up and there are faint signs that inflation may have peaked at 5 per cent.

As the OECD recently forecast, the UK is on track to be the fastest growing economy this year among the G7 countries at 4.9 per cent, so long as supply chain problems and labour shortages do not worsen.

In contrast, the latest figures from Germany show that the country was badly caught out by the Omicron wave, which led to draconian restrictions. Its economy suffered rising inflation as well as persistent supply chain problems, with GDP in the last quarter falling by 0.5 per cent.

If you look at the early full-year estimates of 2.7 per cent growth for last year, Germany is now the weakest economy in the G7. It’s no surprise that Rishi Sunak sounded so relieved yesterday on hearing the latest figures. Seeing sterling back up to its highest level against a trade-weighted basket of currencies since the Brexit vote in June 2016 will also have cheered him up.

What was interesting was how quick the Chancellor was to welcome the figures by praising the public, saying the bounce-back was a ‘testament to the grit and determination of the British people’.

He got the grit bit right, and it was a far better recognition of the country’s animal spirits than the usual politicians’ patronising quips about hard-working people. Sunak is clearly on manoeuvres.

Defending the realm may be a costly affair, but it’s one that brings benefits in more ways than one.

Research commissioned by BAE Systems showed that in 2020 the defence group – which has more than 50 sites around the country – supported 143,000 jobs and contributed more than £10billion to GDP, equal to 0.5 per cent of the economy.

More than 40 per cent of its workers are based in the most deprived local authorities, communities in which BAE invests more than £700million. Or you might call it levelling up. 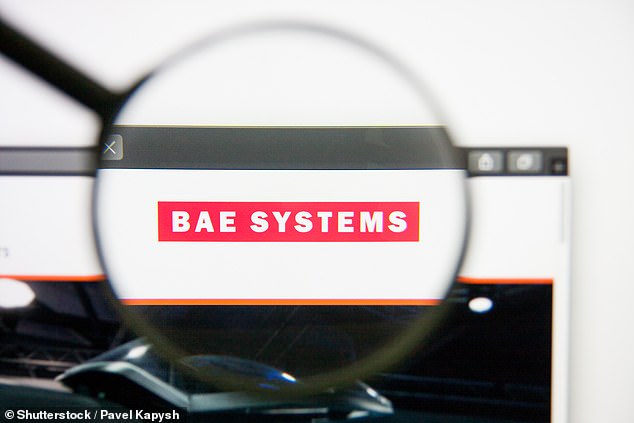 Benefits: Defending the realm may be a costly affair, but it’s one that brings benefits in more ways than one

BAE’s research should be sent pronto to Michael Gove – who is due to publish his long-awaited report into levelling-up – and Business Secretary Kwasi Kwarteng. There are two lessons for them to take away.

The private sector is by far the best mechanism to distribute wealth, while the defence industry is so valuable to the economy that the UK’s defence companies should not be allowed to be gobbled up by private equity or overseas buyers. The takeover of Blue Prism comes to mind.

Nicola Sturgeon may have clamped down on Scots going out over the Christmas period, but Glasgow-based, high fashion retailer, Quiz, still managed to celebrate.

Until the tightening restrictions, Quiz saw sales climb by a fifth, doing well in stores and online. Good to know that womenfolk across the four nations are still dressing up for parties – legal ones, that is.