Mishel Karen is going full steam ahead with her new career in the adult industry.

After shocking fans by filming a 12-person group sex act for OnlyFans last month, the 51-year-old has now been booked to appear at the raunchy Sexpo exhibition.

Teasing her appearance at the X-rated showcase, Mishel promised fans she would be playing some naughty games and giving away racy prizes.

It comes after she participated in a 12-person group sex act with both men and women for OnlyFans.

Promoting the pornographic scene on social media, the glamorous grandma wrote: ‘I have been so so naughty.’ 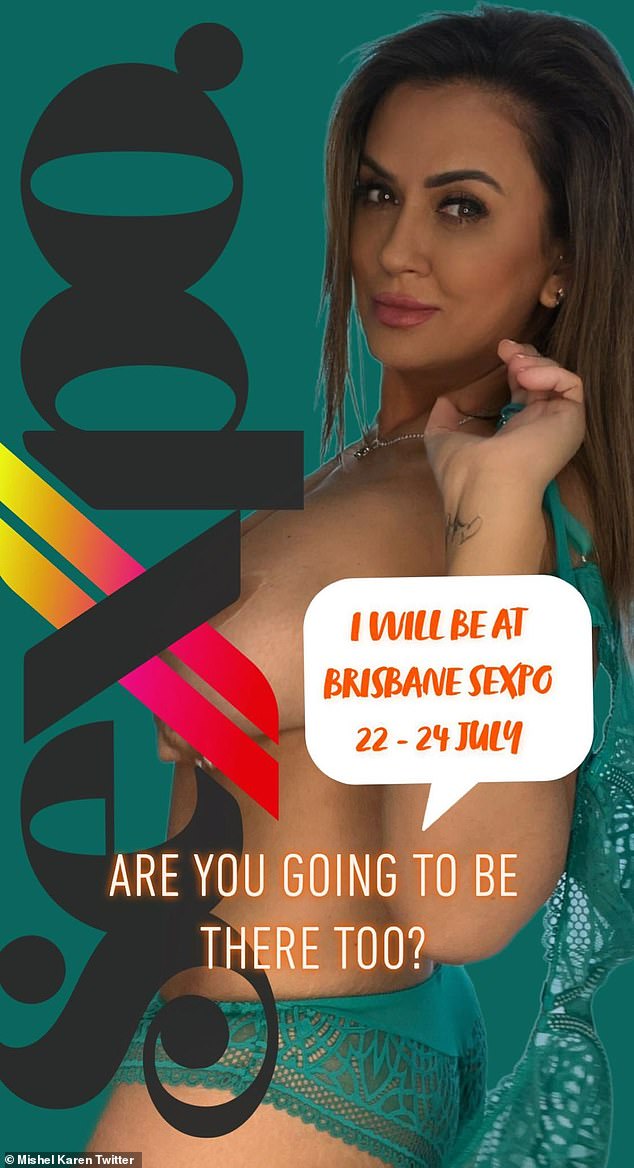 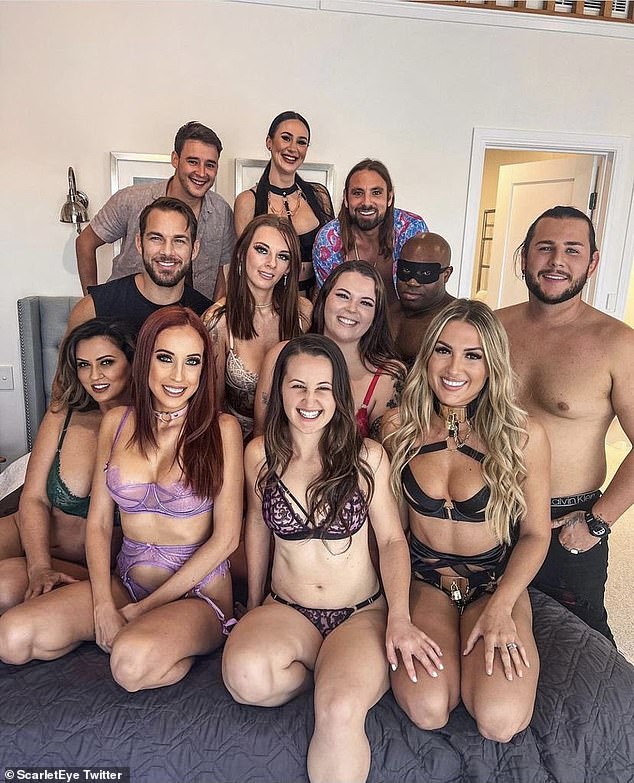 Despite the backlash, many fans have also come out to defend the free-spirited gran.

‘Geez people are such prudes. She can do whatever the hell she wants with 12 people. This is a liberal democracy,’ wrote one.

At the time, Mishel was raking in upwards of $20,000 a month performing hardcore scenes on the subscription based site.

The former reality star told Daily Mail Australia earlier this year that her OnlyFans income got her through unemployment. 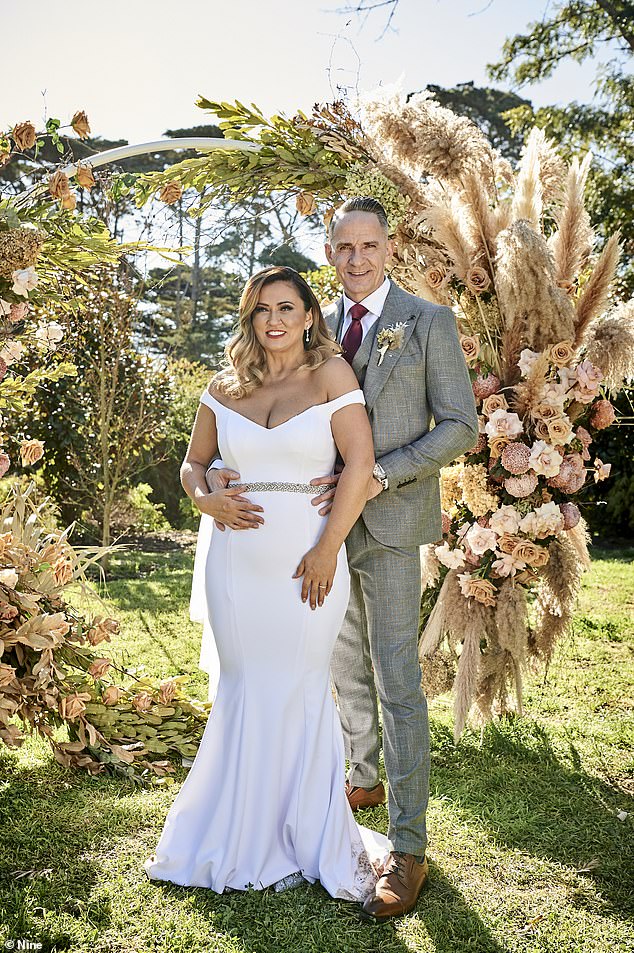 The 51-year-old shot to fame on the seventh season of Married At First Sight. Pictured with TV husband Steve Burley

‘I have earned a really nice amount of money to help us through this difficult time. Well, at least I can pay my new mortgage for a few months,’ she said.

The struggling mum was forced to turn to OnlyFans to provide for herself and her family after being suspended without pay from her job for refusing to comply with Covid vaccine mandates.

Mishel, a mother of two and grandmother of one, is older than most of her contemporaries at 51, and is also known for performing hardcore acts other OnlyFans models aren’t prepared to do. 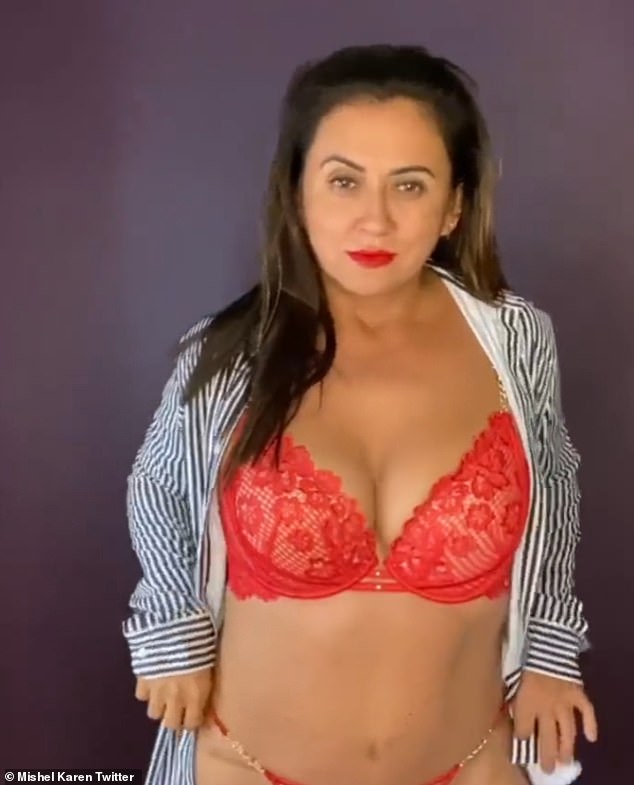 Back in April, she said that she’d support her daughter Eva, 21, joining OnlyFans.

‘I think whatever makes her happy, as long as she feels safe. I encourage my children to express their sexuality,’ she told host Spencer Pratt on his talk show Judge Me.

‘As long as this is what you want to do and it’s an expression of you,’ she continued.

‘It’s only your body. It’s a 3D version of your body that you’re showing. It’s not yourself and your actual being inside.

‘It’s just this external shell, so who cares who sees it? It’s not you. It’s not what’s actually inside. So do whatever you want, and if you’re going to make money from it, who actually cares?’ 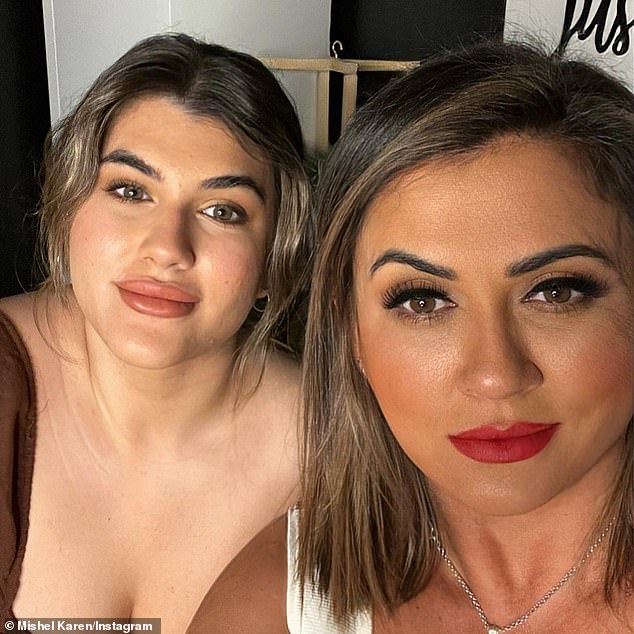 Back in April, she said that she’d support her daughter Eva, 21, joining OnlyFans. Pictured together

However, daughter Eva admitted she would prefer if her mother didn’t do OnlyFans, revealing it’s awkward because they come from a conservative Macedonian family.

‘It’s a little bit embarrassing when my friends find out that my mum’s doing this,’ Eva confessed to Spencer.

‘I’d prefer if she didn’t do it but then again, I don’t really have a say in what she does.’

‘You can’t control her. She’s got her own mind made up,’ Eva added. 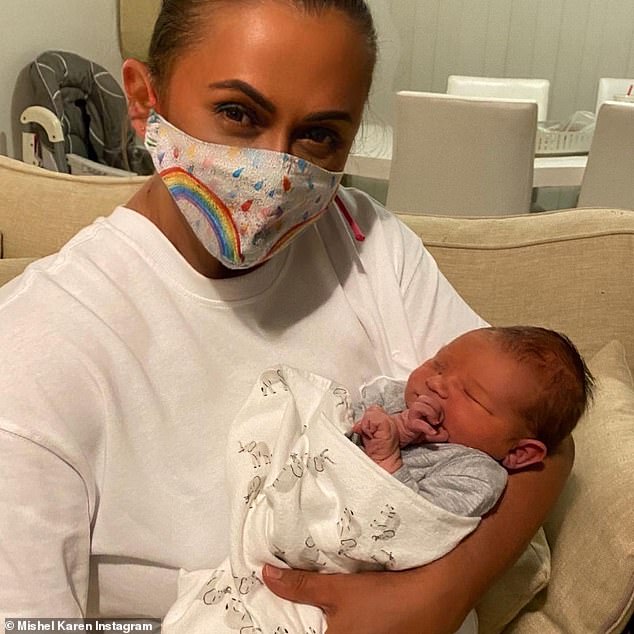