The Bidens roll out the red carpet for the Macrons: Joe and Jill embrace French President and wife Brigitte as world leaders prepare to go head-to-head over ‘super aggressive’ US climate subsides that will ‘kill jobs’

President Joe Biden and Jill Biden welcomed French President Emmanuel Macron and his wife Brigitte to the White House on Thursday with a hug and a kiss.

The two leaders reviewed the troops and exchanged a warm greeting before they will go head-to-head on the economy when they meet in the Oval Office.

Macron, like many European leaders, is worried Biden’s Inflation Reduction Act, with its subsidies for U.S. manufacturers, will hurt European companies.

The French president even fired an undiplomatic shot at the American president on Wednesday.

‘This is super aggressive for our business people,’ he was heard telling members of Congress and business leaders at a lunch.

He told lawmakers the policies will ‘kill a lot of jobs’ in Europe unless they are synchronized globally. 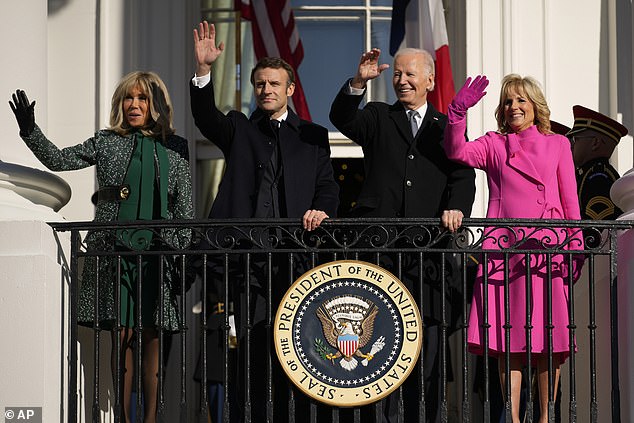 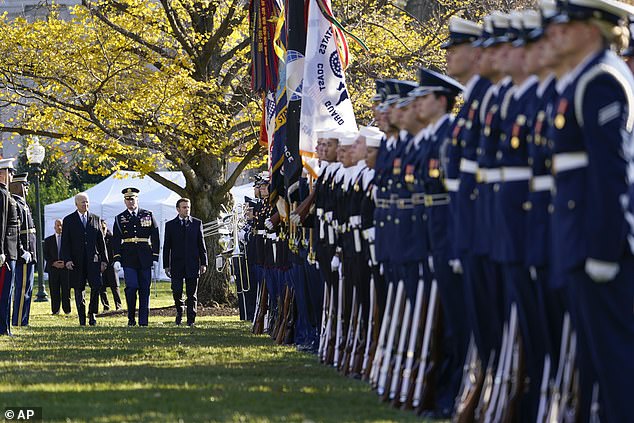 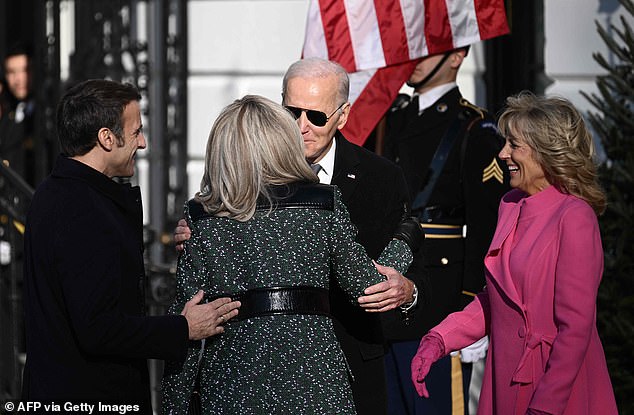 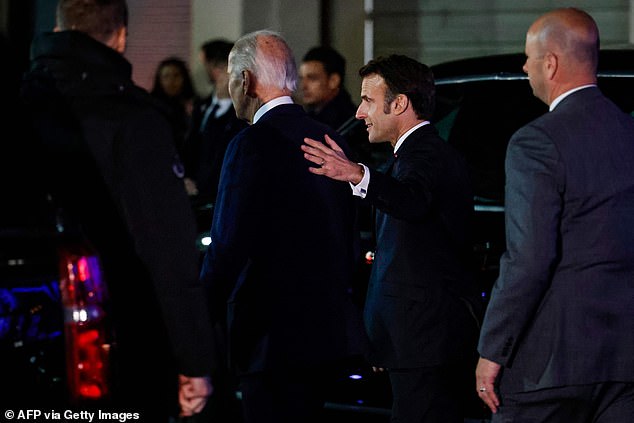 It may be one of the many issues Macron brings when he arrives at the White House for his one-on-one meeting with Biden.

Macron also told the French community in Washington that the cost of the war in Ukraine was much higher in Europe than in the United States and that Europe risked falling behind if the subsidies siphoned new investments.

This could ‘fragment the West,’ he said.

Macron earlier this month said the subsidies could upend the ‘level playing field’ on trade with the EU.

European leaders have complained about the legislative package, signed by Biden in August, that offers massive subsidies for U.S.-made products, which they say unfairly disadvantages non-American companies and would be a serious blow to their economies as Europe deals with the fallout from Russia’s February invasion of Ukraine.

The IRA has provisions that will contribute to the growth of the clean energy sector globally, she added.

Germany and its European Union partners are also trying to find an amicable agreement with the United States on how to deal with the effects of the U.S Inflation Reduction Act on the bloc’s industry, said a German government spokesperson on Wednesday.

Talks with the U.S. are aimed at making clear what impact the act will have, and if nothing comes from the discussions, then Europe will have to discuss how to go from there, the spokesperson told a regular government news conference. 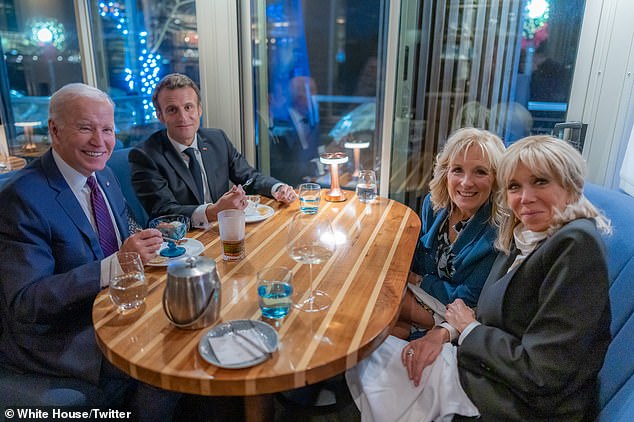 The Bidens and the Macrons ate at Fiola Mare on Wednesday evening – an Italian restaurant on the bank of the Potomac River where an entree runs between $50 and $150. The menu includes a variety of pasta, seafood and cheeses 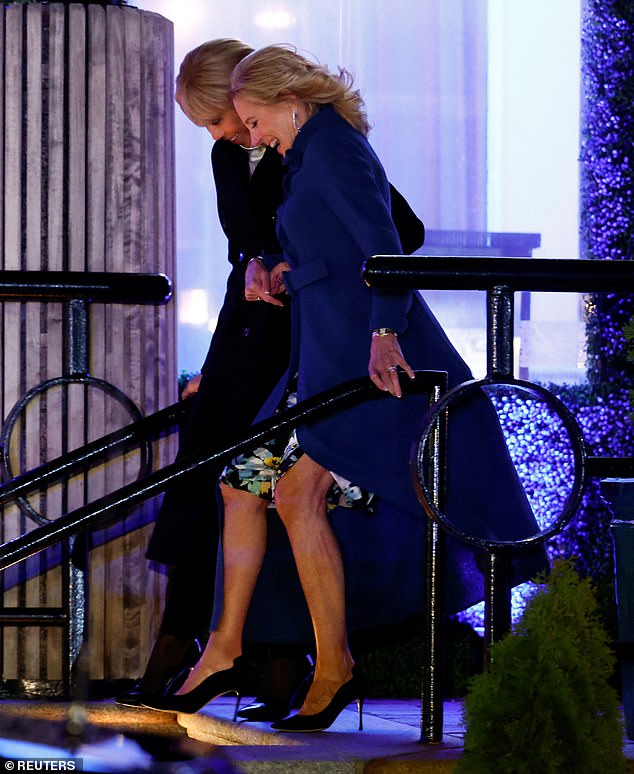