Machine Gun Kelly was quick to join the virtual feeding frenzy and respond to fiancée Megan Fox’s request to find a girlfriend.

After reading his lady’s post earlier on Friday, where she wrote that she’s seeking a female partner and taking ‘applications,’ the rapper-turned-rocker commented: ‘I don’t think you have the filing capacity for this request.’

And in no surprise to anyone familiar with Fox, MGK was just one of a slew of people titillated by her open call and jumped at the chance to fill the position. 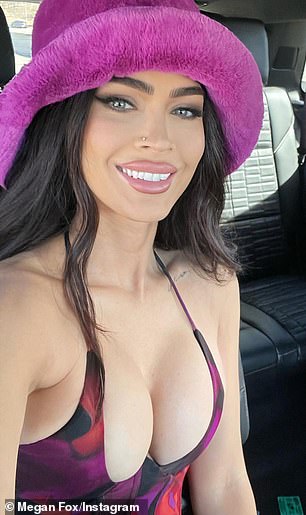 A number of ladies got straight to the point and wrote, ‘Application submitted.’

Some of the women who responded wondered shared that they were in longterm relationship but could easily change that for the opportunity to be her mistress.

‘I’m married but it’s not that serious,’ was a common sentiment, while others shared ‘my boyfriend and i aren’t that serious fr.’

Some of the prospective applicants took things one step farther and announced: ‘Divorcing my husband as I type.

‘MEGAN YOU CANT GIVE US HOPE LIKE THIS,’ one user shared in her comment, as another declared, ‘This is the stuff dreams are made of.’

And then there were others who used a bit of humor to make their case to be Fox’s girlfriend.

‘Megan! I have great credit!!!! does that help!’ one woman wrote.

Not buying it: The Mainstream Sellout star responded to Fox by writing, ‘I don’t think you have the filing capacity for this request’ 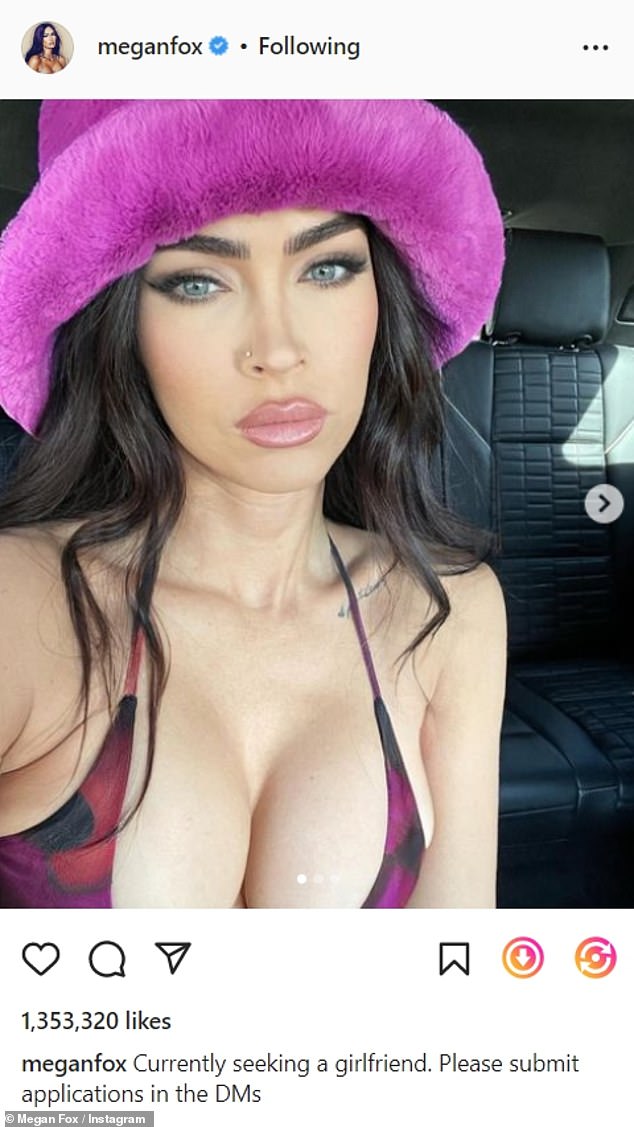 More than a few women wrote comments like, ‘I’m not a pick me girl but pick me’ and ‘Babe stop looking, I’m right here. Its me.’

When making the tempting offer on Instagram on Friday, the former Transformers star was sure to catch the eye of many interested parties by showing off her ample cleavage in a plunging purple halter top.

Never one to shy away from edgy and colorful outfits, the actress also donned a funky and furry purple hat over her long raven tresses

The mother-of-three took the sensational photos while sitting in her car, as she stared straight towards the camera with her magnetic eyes with smokey eyeshadow, and her pout accentuated with pink lipstick. 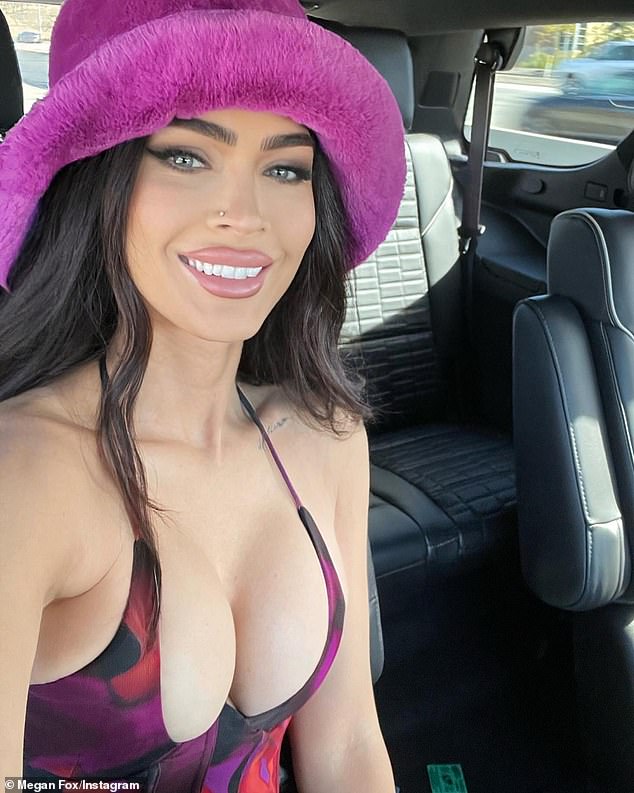 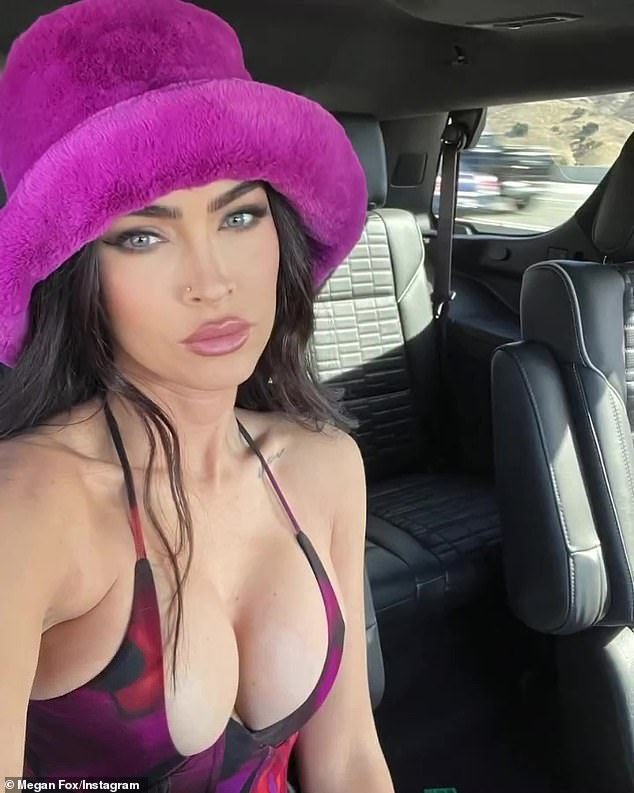 Sizzling: Never one to shy away from edgy and colorful outfits, the actress also donned a funky and furry purple hat over her long raven tresses

The call for a female partner in her life comes as Fox and MGK (born Colson Baker) spent Christmas Eve together at the celebrity hotspot, Nobu, which is in Malibu.

The couple first met while shooting the crime thriller film Midnight in the Switchgrass in March 2020, and then started dating just a couple of moths later.

The duo eventually got engaged at the Ritz Carlton Dorado Beach resort, with Megan revealing that ‘we drank each other’s blood’ after he proposed under a banyan tree – the same spot where they previously had ‘asked for magic’ in June 2020.

Along with a thriving family life, that includes her three children with ex-husband Brian Austin Green, Fox has kept herself booked and busy over the last year. 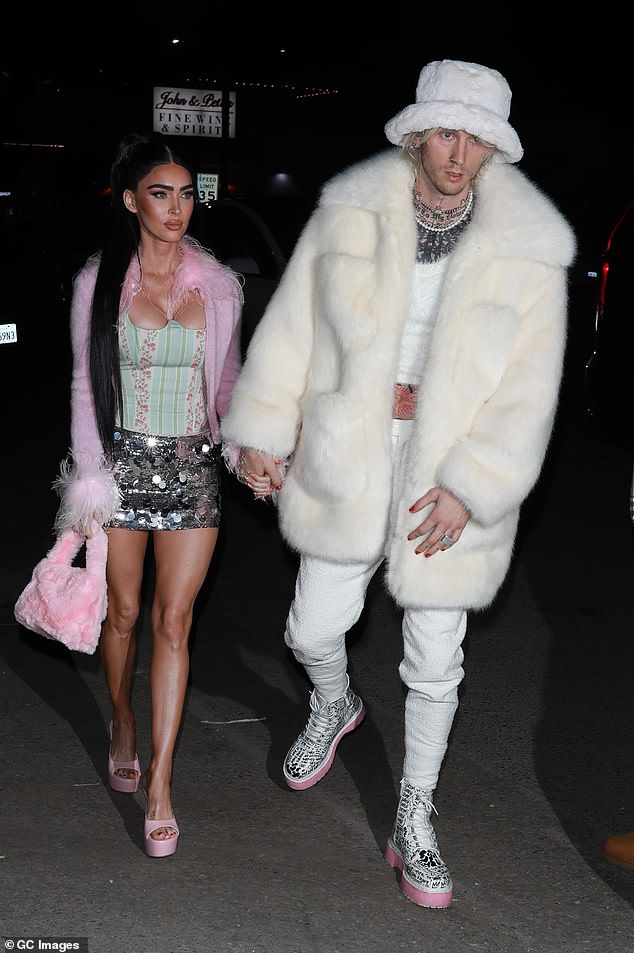 Engaged: The mother of three has been engaged to MGK since January; the couple are pictured in December 2022

It was revealed on Wednesday that the Jennifer’s Body star will star in a new sci-fi thriller film alongside Michele Morrone called Subservience, as per Deadline.

The plot is about a struggling father, played by Morrone, who purchases a domestic AI robot helper, played by Fox, to help care for his house and family until the robot gains awareness and turns deadly.

The project reunites Fox with S.K. Dale, who directed her in Till Death, and the screenplay was written by Will Honley and April Maguire who wrote Escape room: Tournament of Champions and Lost Girls respectively.

It’s been a busy year for MGK, who dropped his sixth studio album Mainstream Sellout in march 2022, which was proceeded by the tour in support of the record that took him around the U.S. and Europe from June through October. 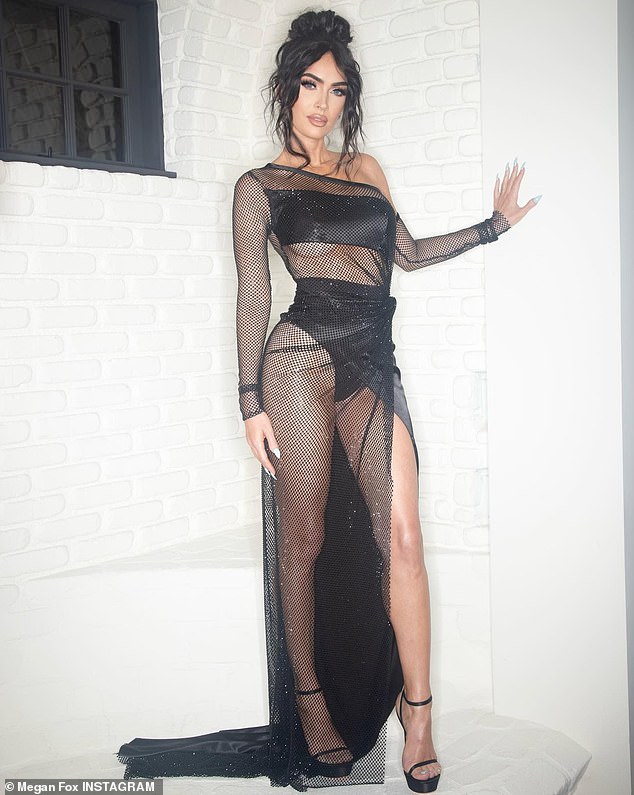 Busy girl: The Transformers actress is set to star in multiple upcoming projects including, Naya Legend of the Golden Dolphin, Big Gold Brick, and Expendables 4