Machine Gun Kelly took to Instagram on Thursday to introduce his estranged mother, who abandoned him as a child, to the world.

The 32-year-old singer, whose real name Colson Baker, was born in Houston to missionary parents, but his mom left home when he was age nine.

Now, it looks like the two have reconnected, as the entertainer shared a sweet snap with her to his nine million followers.

The photo showed them sitting cross-legged and leaning into each other while flashing big smiles at the camera.

He wrote in the caption to his roughly 9.6 million followers: ‘Introducing … my mom.’

Social media: Machine Gun Kelly took to Instagram on Thursday to introduce his mother who abandoned him as a child

MGK, who donned a blue long-sleeve t-shirt, shorts, and pink sneakers, held up two middle fingers in the snap, while his mother, who kept it casual in a turquoise shirt and black pants, gave a peace sign.

Throughout his childhood, the musician moved around a lot – living in Egypt, Germany, and many cities throughout the U.S., including Chicago, Denver, and Cleveland.

After his mom left, he and his dad, who suffered from depression, then went to live with his aunt.

MGK alluded to the childhood trauma in his 2019 song Burning Memories from his fourth studio album Hotel Diablo.

The rap song opens with the lyrics: ‘Yeah, this one’s for the mama that I never knew (never knew), I took acid just to burn all of my memories of you.’ 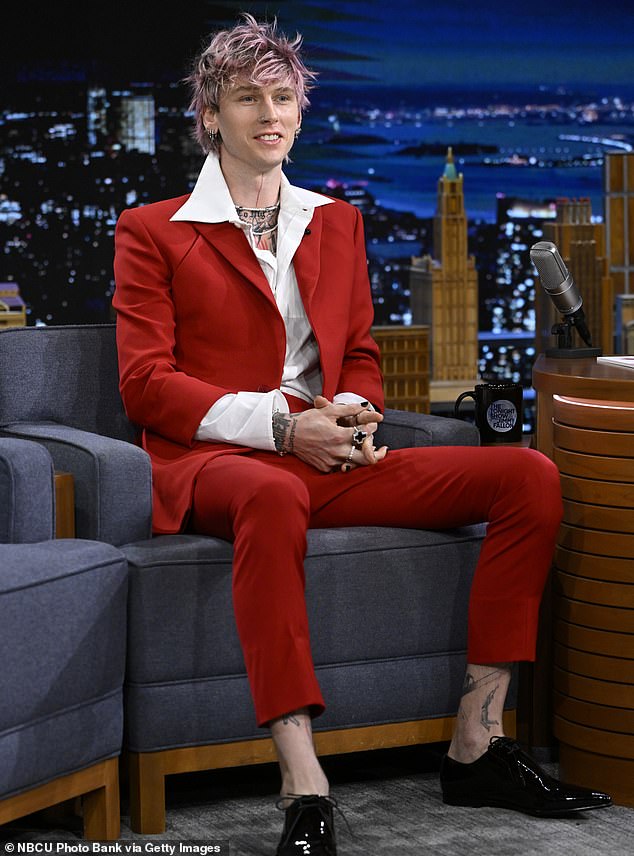 The song later continued: ‘How’d you leave your only child at nine for another dude?; Took that pain and punched my father in the stomach ’til he bled.

‘All the years that you ignored me, left me sleepless in the bed; I hope that he got some kids because your only son is dead,’ MGK also rapped in the song.

The Cleveland-raised rapper announced in July 2020 on social media that his father died on the one-year anniversary of the release of Hotel Diablo. 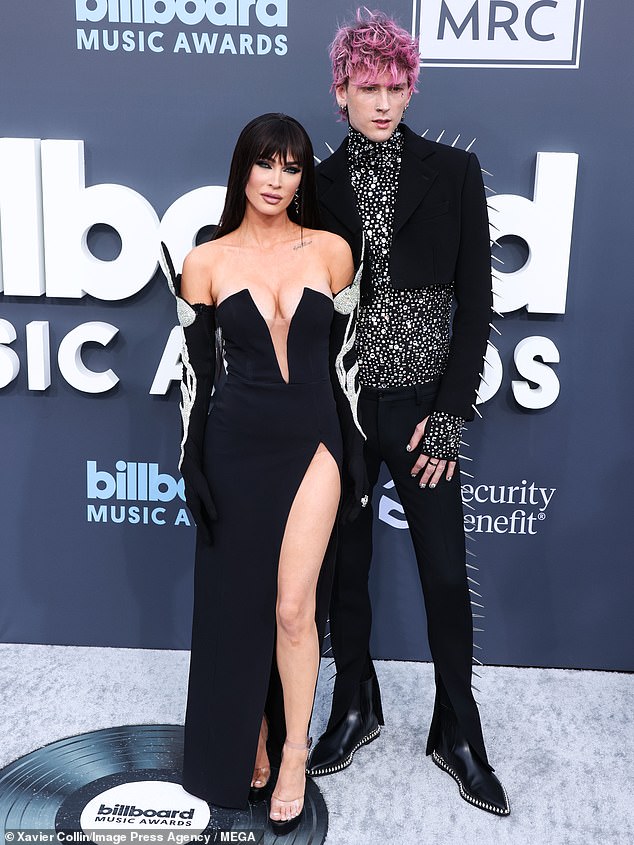 MGK recently teamed up with Mod Sun, 35, for the stoner comedy Good Mourning that they co-directed, co-wrote, co-produced and co-starred in.

The film was inspired by MGK’s fiancee Megan Fox, 36, who also co-stars in it.

Good Mourning was released last month and has been widely panned. 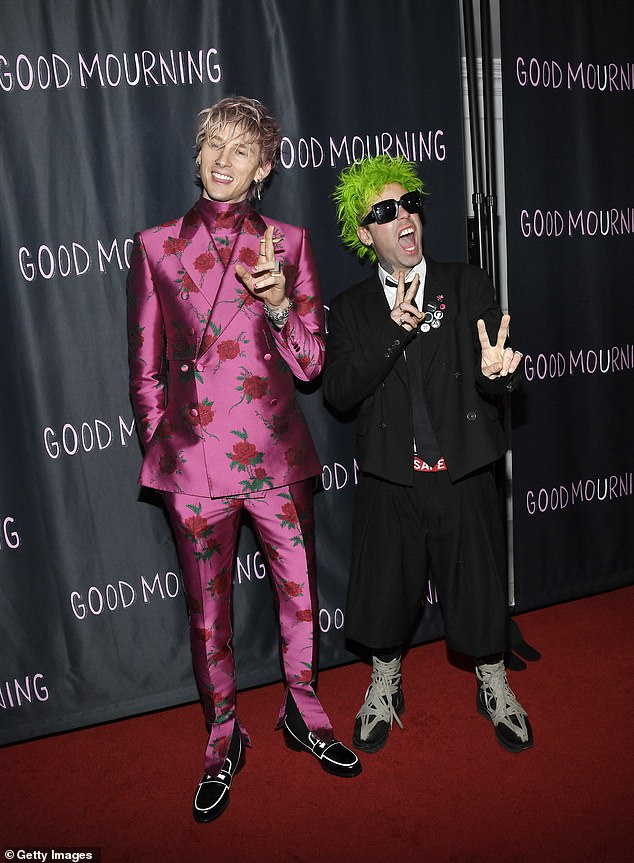 Stoner comedy: MGK recently teamed up with Mod Sun, shown together last month in West Hollywood, California, for the stoner comedy Good Mourning that they co-directed, co-wrote, co-produced and co-starred in

Megan and MGK announced their engagement in January after going public with their relationship in June 2020.

MGK has 12-year-old daughter Casie from a previous relationship with Emma Cannon.

Brian and girlfriend Sharna Burgess, 36, announced in February that they were expecting their first child together. 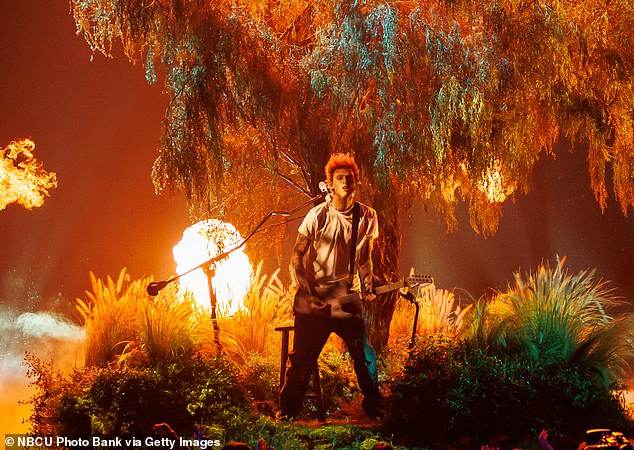 On stage: MGK is shown performing last month at the 2022 Billboard Music Awards in Las Vegas