The M25 has been closed in both directions following an early-morning crash which caused a HGV to catch fire.

The lorry was involved in a collision with a second HGV between junction 29 and 30 in Essex – between the A127 and Lakeside in Essex.

The anti-clockwise carriageway has since reopened but the clockwise lanes remain closed. 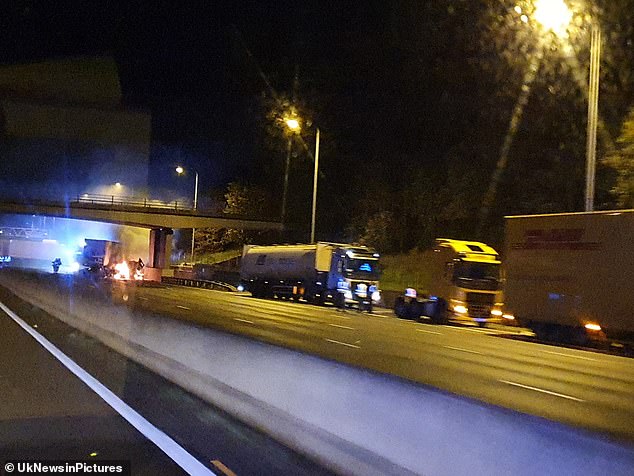 Traffic England warn anyone wishing to use the motorway to find an alternative route as traffic is completely stationary in the area and a diversion has been established.

Anyone wishing to use that section of the motorway is advised to give themselves plenty of extra time.

The incident is believed to have happened before 6am.