Bosses at LV ‘frittered away’ nearly £35million of members’ money under the shake-up launched by former chairman Alan Cook, critics have claimed.

Cook and chief executive Mark Hartigan are already under fire for spending £33million on the ill-fated attempt to sell the mutual insurer to private equity firm Bain Capital last year.

But now the Mail can reveal that at least another £1.5million was ‘squandered’ on bonuses and payoffs for staff who resigned. 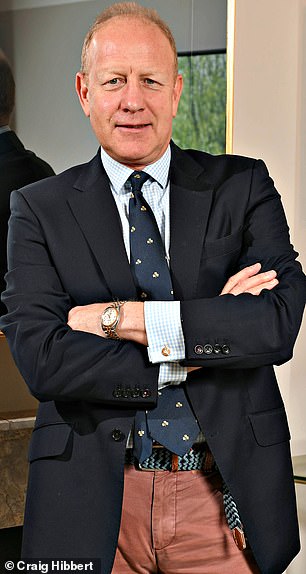 The Mail has been inundated with letters from LV members who want Hartigan ousted.

This paper is asking members to get in touch via the slip below, with the aim of collecting enough support to table a no-confidence vote in the chief executive at the annual meeting later this year.

When Cook was appointed in 2017, LV was already in talks about a merger with fellow mutual Royal London.

Sources close to the two firms at the time said a deal was almost ready to be completed.

But when Cook arrived as chairman, he decided to kick off a ‘strategic review’ to check if LV had any better options. He had already managed to negotiate a better pay package than his predecessor, Mark Austen.

After joining, Cook roped in investment bank Fenchurch Advisory to assess whether LV – which was founded in 1843 to help the poor of Liverpool pay for a decent burial – should sell itself, and to sound out buyers other than Royal London. 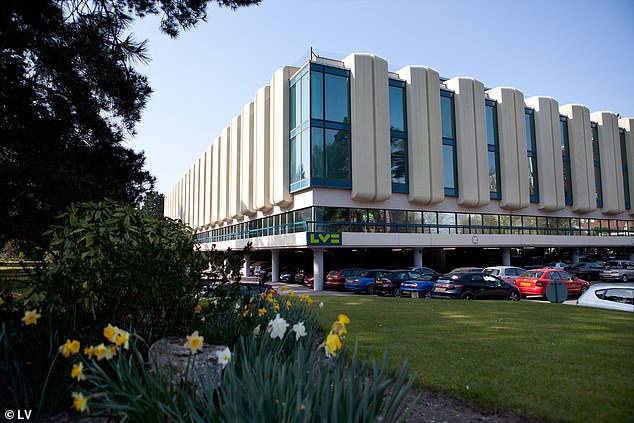 HQ: LV’s Bournemouth headquarters. The mutual insurer was founded in 1843 to help the poor of Liverpool pay for a decent burial

But Richard Rowney, then-chief executive of LV, disagreed with Cook’s strategy and decided to resign. Two sources close to the business told the Mail that Rowney felt the strategic review had been a waste of time and money, when a deal with Royal London was already lined up.

He even weighed taking LV to an employment tribunal for constructive dismissal, the Mail understands, but instead decided to leave with a payoff worth roughly £543,000, according to LV’s annual report.

LV disputed this version of events, and denied there was a disagreement between Rowney and Cook. But Rowney’s departure meant Wayne Snow, the chief risk officer, was the only executive left on the board – so his annual salary was boosted by £76,000 for 18 months, leading to a total extra payout of £114,000.

Last September, Snow decided to resign too – a move which insiders suggested was prompted by a disagreement with Cook.

By that time, Fenchurch and Cook had plumped on selling LV to Bain, despite the fact that the private equity firm’s offer was almost identical to Royal London’s. Members feared LV’s principles of mutuality would be eroded by profit-hungry Bain.

Eventually they voted the deal down in a ballot last December – after Cook and Hartigan had spent the year telling them that the Bain deal was the only way to ensure LV’s survival.

Despite the failure of the takeover, and the wasted money, Hartigan still bagged a £511,000 bonus.

Cook, who before joining LV oversaw the prosecution of 161 innocent postmasters while at the helm of the Post Office and chaired Highways England as it implemented the design of deadly ‘smart motorways’, has been replaced by Seamus Creedon, as temporary chairman.