Alcoholic drinks labelled as low sugar are misleading women into thinking they are healthy, a study suggests.

Drinkers were less likely to moderate their intake or adjust how much they ate or exercised to compensate for the additional calories, the research suggests.

Excess alcohol consumption can increase the risk of weight gain and chronic diseases such as cancer and heart disease.

But scientists believe many people misjudge the number of calories in drinks, with alcohol significantly contributing to the obesity crisis. 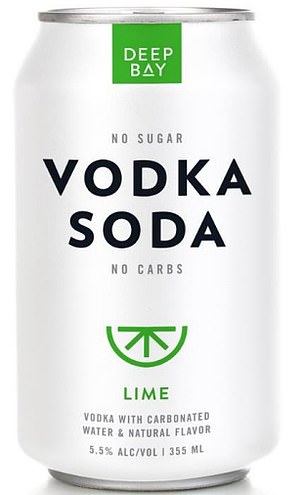 Scientists from the University of Melbourne recruited more than 500 women to test their perceptions of products claiming to be low sugar. Half were shown images of pre-mixed drinks with a low sugar or similar claim (pictured)

The other half of participants looked at identical ‘regular’ alcoholic drinks (pictured). They were then asked to rate the drinks from 1 to 7 on a series of questions about their overall healthiness

How much alcohol is too much?

To keep health risks from alcohol to a low level, the NHS advises men and women not to regularly drink more than 14 units a week.

A unit of alcohol is 8g or 10ml of pure alcohol, which is about:

But the NHS warns the risk to your health is increased by drinking any amount of alcohol on a regular basis.

People who drink as much as 14 units a week are advised to spread it evenly over three or more days, rather than binge drinking.

Women who are pregnant or trying to become pregnant are advised not to drink to reduce risks for the baby.

Scientists from the University of Melbourne recruited more than 500 women to test their perceptions of products claiming to be low sugar.

Half were shown images of pre-mixed drinks with a low sugar or similar claim and the other half looked at identical ‘regular’ products.

They were then asked to rate the drinks from 1 to 7 on a series of questions about their overall healthiness.

Products with low sugar claims were rated as significantly lower in sugar, less harmful to health and more suitable for weight management, although there was no evidence to support the claims.

Despite participants being informed that all products were of an equivalent alcohol content, those with low sugar claims were rated as considerably lower in alcohol, according to the findings published in in the journal Alcohol & Alcoholism.

The authors said: ‘Such claims have the potential to create a “health halo'” misleading consumers to perceive products displaying them as healthier than other options, which may increase consumption.

Participants were asked questions such as: If you drank this product next time you were drinking alcohol, how likely are you to.

‘A. Eat less than usual in one or more meals to make up for the kilojoules/calories in this drink?

‘B. Exercise more than usual to make up for the calories in this drink

‘C. Eat low calorie, low fat, or low sugar foods in one or more meals to make up for the calories in this drink?’

While most UK pubs and restaurants include calorie counts on menus since April, successive governments have so far allowed the alcohol industry to evade regulations.

A recent UK survey of 369 alcohol products conducted by the Alcohol Health Alliance found just six per cent displayed the sugar content of their drinks, while four in ten put calorie information on the bottle or can.

Professor Emma Boyland, of the European Association for the Study of Obesity (EASO), said one of the issues with alcohol is that it contains ’empty calories’ as they do not lead to satiety — feeling full.

It can also act as a stimulant and lead to poor judgement — leading people to drink and eat more of the wrong kids of food.

Commenting on the research presented at this year’s International Congress on Obesity in Melbourne, she said clearer nutritional labelling was needed.

She said: ‘The findings suggest the claims are misleading people because it implies an overall healthiness of the product and people are not able to judge in any informed way.

‘If you’re being led to believe that it’s actually healthier than it is, then that’s exacerbating an existing problem around how we quantify and consider the role of those products in maintaining a healthy weight.’