‘This was not where my love story was supposed to end up,’ writes Alexandra Heminsley, three years after her husband broke it to her that he wanted to be a woman. They were new parents when he said: ‘I have accepted that this body doesn’t represent who I am … I need to change how I present myself to the world.’

The revelation from the now ex-husband she only names as ‘D’ came at a point in Heminsley’s life when she was already struggling with what it meant to be a woman: in short succession she had battled through infertility, IVF, a complicated pregnancy and a difficult birth.

After all this, Heminsley hoped to settle down into contented family life. Her baby boy was a happy, smiling soul. But that was when D’s behaviour changed. ‘Time and again I would feel the baby taken out of my arms, a bottle presented to him.’

Somebody to Love by Alexandra Heminsley tells the story of when Alexandra’s husband revealed to her that he wanted to be a woman. She is pictured with her son in Brighton

She knew that ‘to be jealous of someone helping me was daft’. But, in response, Heminsley ‘hid bottles of breast milk at the back of the fridge … I wanted to be the one to give L my milk.’ Heminsley had always enjoyed D’s more stylish taste in clothes and interior design. Indeed, early in their relationship she had even asked outright if D was interested in transitioning. He had laughed off the suggestion, arguing that his colourful form of masculinity was one of thousands of ways a modern man could express himself.

But after their baby’s birth, D’s embrace of feminine style became ‘more furtive’. He pretended his make-up was sunblock. He shaved his legs and flinched when Heminsley touched them. There were no clues — ‘no dress I suspected had been worn in my absence, no form filled in with an unfamiliar name’. Instead, there was just evasion and creeping unhappiness. When, finally, Heminsley told D he needed help, he said he was going to transition.

D’s decision ended their marriage. ‘I had chosen to marry an unconventional man, but I had not chosen to marry a woman,’ says Heminsley. She felt ‘waves of rage, relief, empathy and grief’ sweep through her, leaving her ‘flailing with a sort of emotional whiplash’. 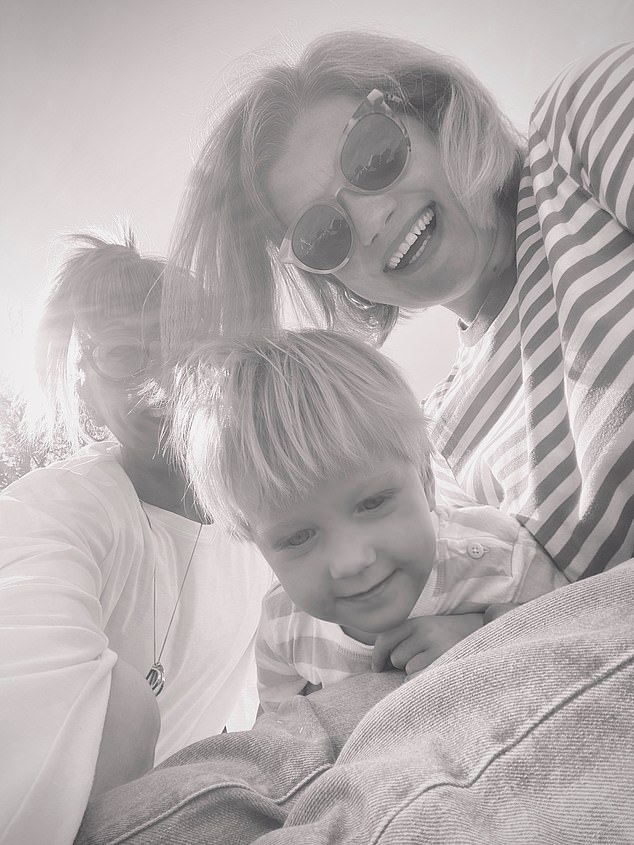 At times, she caught herself fearing she had been used ‘merely as a vessel for reproduction’. She certainly felt her status was challenged: ‘Would our baby have two mothers? Could I still be the ‘main mother’?’ As she mourned the manly chest on which she once loved to rest her head, she wondered, ‘Who was this D I had married? … Had any of it been real?’

But Heminsley couldn’t sustain her anger with D. She realised the ultimate blame lay at society’s door. ‘If D had grown up in a world where she had been able to admit the feelings she had without fear of losing love, status or even her life, then the confusion that had come my way would never have had cause to exist.’ 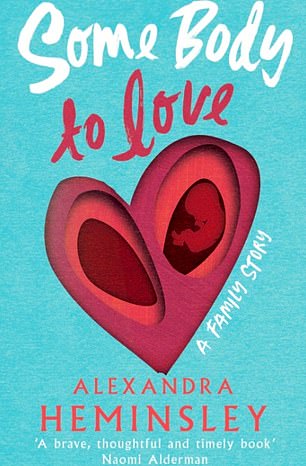 Heminsley was by D’s side as she told family, friends and colleagues about who she really was. They both lost friends and Heminsley found herself becoming defensive on D’s behalf as ‘it was clear being trans had never been a choice so much as an essential part of her reality’. They continued to laugh together as they co-parented their baby.

Heminsley was shocked to learn that waiting lists are so long it would be three years before D could even get an appointment at a gender identity clinic, so the initial changes would have to be superficial.

But watching D’s ‘slow evolution’, she reflects on how some women raise eyebrows at trans style, and asks them to recall how they dressed at 15, 18, 21. Didn’t they have to ‘learn’ to be women, too? Heminsley also finds parallels between her experience of IVF and D’s transition. Both paths required oestrogen injections and surgery. ‘I had manipulated nature in order to live the life that I felt would be my very best. How could I now expect a different standard from others?’

A few months into their new family format, she was ‘as sure as I had ever been that there are many — possibly infinite — ways to be a woman, and they should include trans women’.

At the end of her brutally honest book, Heminsley admits to feeling ‘like a building which had suffered a terrible fire. Anything which didn’t matter had simply burned away in those two years, but what remained was so solid I knew I could trust it’.

She’s glad her son will grow up with two devoted parents, honest about who they really are, and proud to be part of an LGBTQ+ family.