Taking to Instagram, the reality star, 26, explained to her followers that she had her first session just before Christmas, and despite feeling ‘uncomfortable’ speaking to her counsellor, immediately felt ‘so much better’ after just one session.

Millie also said that she is using therapy as her tool to ‘treat her body and mind the way it deserves’ after she parted ways with Liam in July last year.

‘Loving myself comes first:’ Love Island’s Millie Court has spoken about working on herself and having therapy after her split from Liam Reardon

Millie, who has also been going to the gym, told her Instagram followers: ‘Loving myself comes first.’

Later, she shared the process she had taken to start doing therapy sessions.

She said: ‘A lot of you asking in my dms about therapy… not knowing where to start or how to look etc.

‘I used the website below, you put in your postcode and whether you want it in person or over the phone. 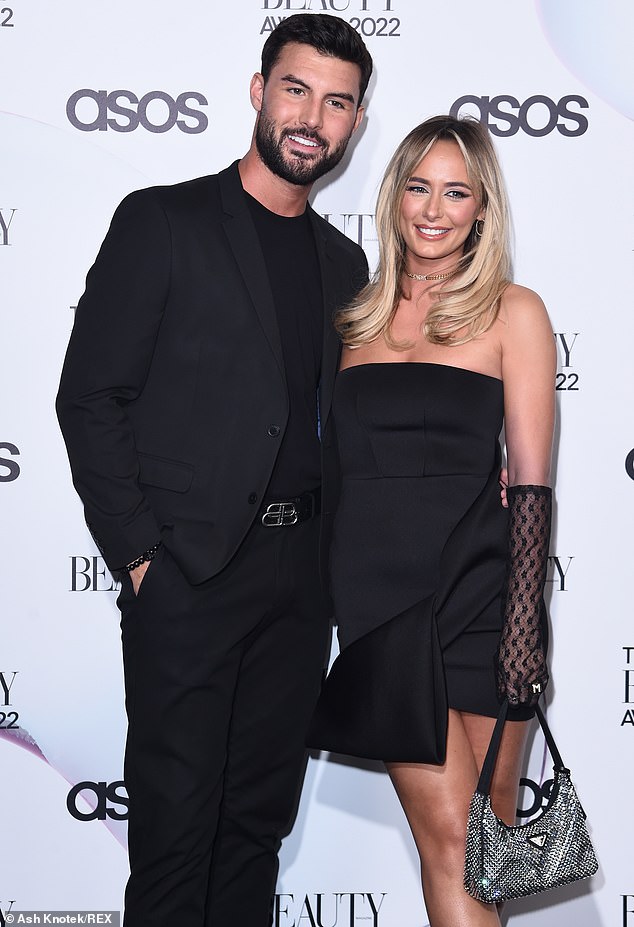 Self care: The star explained that she is using therapy as her tool to ‘treat her body and mind the way it deserves’ after she split from Liam in July last year (pictured in February 2022)

‘It then shows you a list of counsellors in your area and a little bit about them/what they charge/what they specialise in.

‘Don’t be afraid to take that step in speaking to someone, whether it’s big or small.

‘You can then arrange a quick 15 minute phone call with your favourites on the list and see who you get the best vibe with/feel the most comfortable (or as comfortable as you possibly can).

‘I’m not the type to open up and speak about how I’m feeling and I don’t like to burden people with my problems either (friends or family) so of course I didn’t feel that comfortable talking to her at first but just after one session I honestly felt so much better so I’m really looking forward to the next.’ 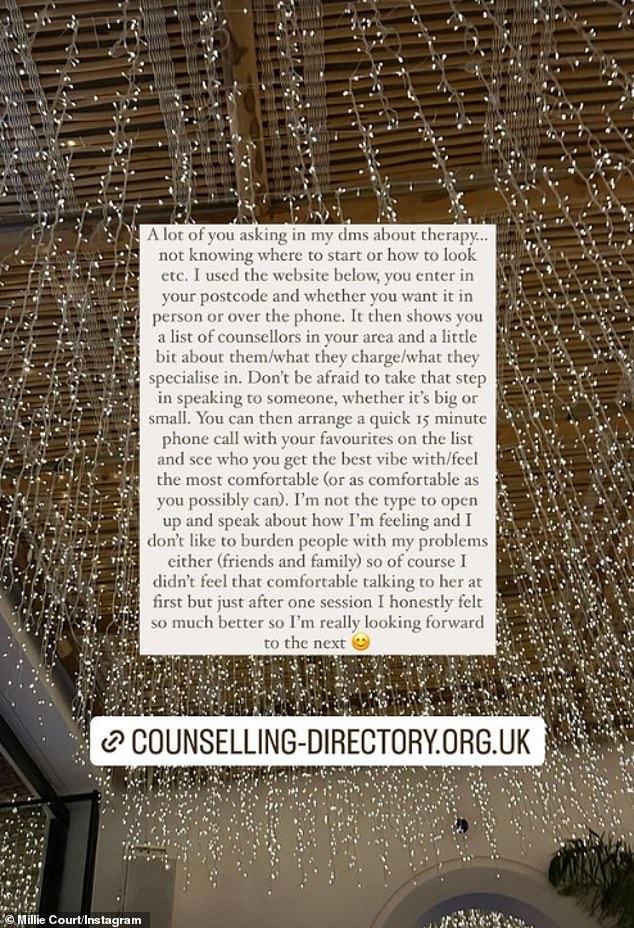 Process: Later, she shared the process she had taken to begin doing the therapy sessions, telling her Instagram followers that it had really helped her so far

Previously, Liam Reardon insisted he broke up with Millie, while hinting the pair could ‘rekindle’ in the future.

The Love Island star claimed he called time on their relationship so he could ‘love himself’ first.

While appearing on Celebs Go Dating, he told relationship experts Anna Williamson and Paul C Brunson that he needed to gain clarity on his life. 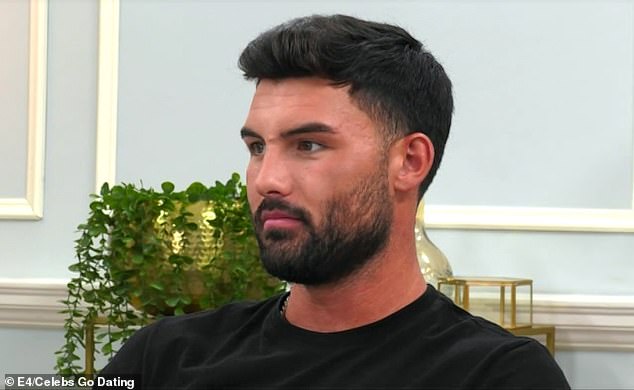 ‘She was really upset… like I was’: Liam claimed he broke up with Millie Court so he could ‘love himself’ first – but hinted they could ‘rekindle’ in the future

Liam said: ‘In the villa everything was stripped back, you’ve just got each other, and I fell in love with Millie, and we just went from strength-to-strength.

‘I moved straight from Wales to Essex to be with Millie, leaving all my family and friends.

‘The life I did have is almost not there. It’s been a rollercoaster, I went from a small life in Wales, being a bricklayer to being catapulted into this new life and I found it difficult. 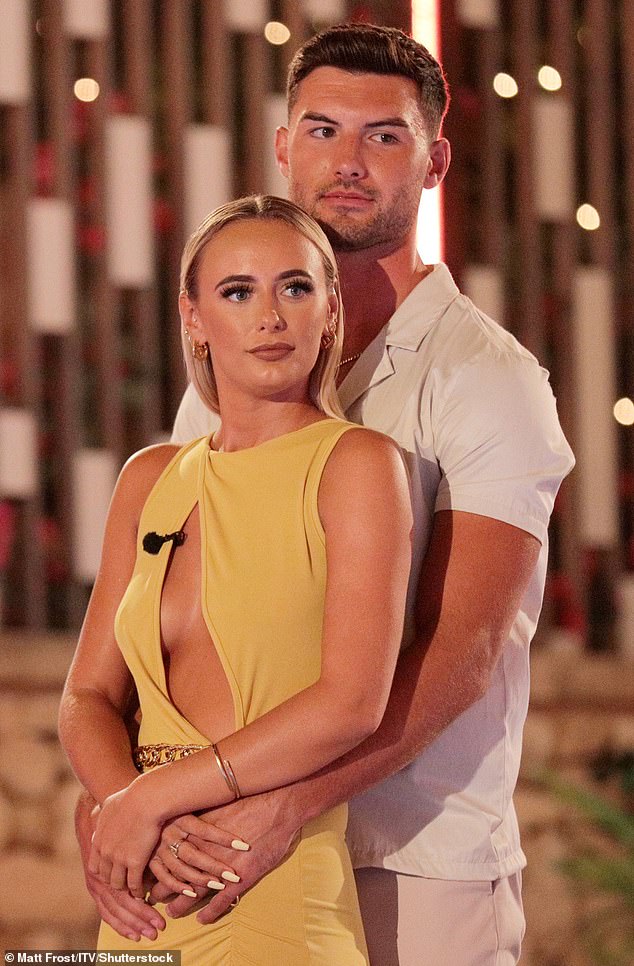 Over: The Love Island star won the 2021 series alongside the 25-year-old (pictured in the final)

When Paul quizzed Liam on who instigated the separation, he replied: ‘I instigated it because if we want to be together, I want to be 100 per cent together.

‘For me to love her, I need to love myself and for the past few months I need to find myself a bit again. Just never say never, in the future we could rekindle.’

Anna was quick to ask how Millie felt about the split, to which he responded: ‘Yeah, upset… upset. Like I was. 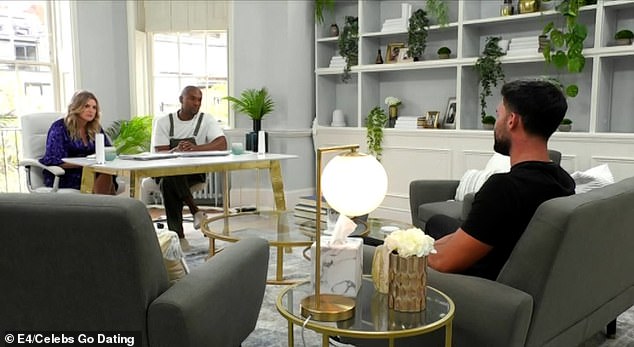 Opening up: While appearing on Celebs Go Dating, he told relationship experts Anna Williamson and Paul C Brunson that he needed to gain clarity on his life

‘You know it’s one of those things, you’ve had such an amazing experience together and you don’t want it to end, it’s a tricky one.’

Millie had previously she was finding single life ‘very fun’ and had moved in with Chloe Burrows, who had split with her boyfriend Toby Aromolaran.

The reality star said she and her former co-star, 27, were ‘supporting each other’ through their separations.

Speaking exclusively to MailOnline at The Sun’s Who Cares Wins Awards, she said at the time: ‘Single life is very fun. I’ve actually officially moved in with Chloe.

‘It’s still in Essex. I don’t ever wanna leave Essex. I love Essex so much. So she’s moved in. She did live in Essex as well, but we’ve got a house together now.’

When asked what the pair get up to, the reality star gushed: ‘Lots of drinks! We like a glass of wine in the evening and a couple of parties, celebrating the move. 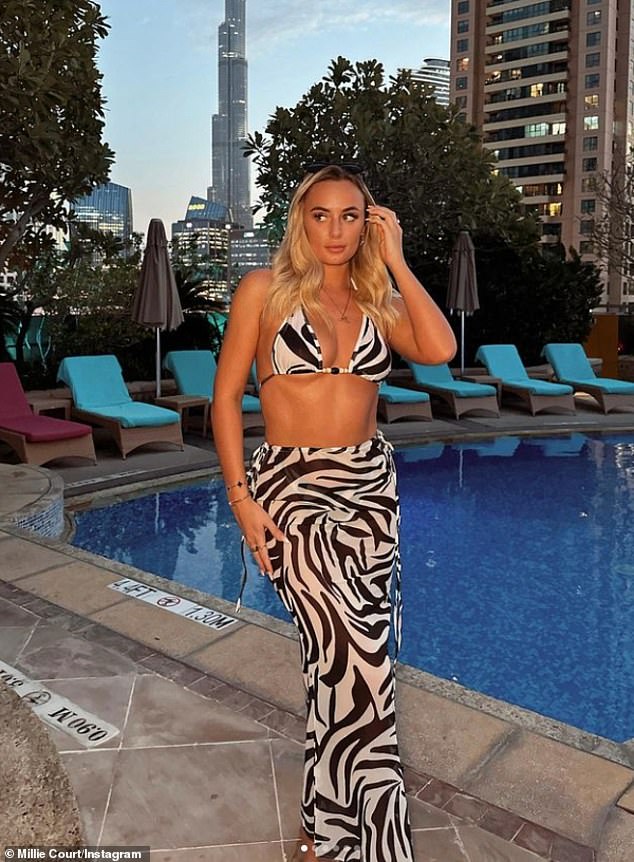 Single: Millie had previously she was finding single life ‘very fun’ and had moved in with Chloe Burrows, who had split with her boyfriend Toby Aromolaran