Love Island star Andrea ‘AJ’ Bunker took to social media on Monday to reveal she was forced to go into urgent care in hospital after falling seriously ill on holiday.

The TV star, 30, spoke about her recent social media absence with a bikini-clad post taken on her holiday in Sri Lanka.

She wrote: ‘Sorry for being so quiet. I became really ill when I got back from Sri Lanka, to the point where I had to go to urgent care.

‘Since then I’ve been focusing on getting 100% better, while catching up with my family/friends. I’m finally feeling better and will be back to posting.’

Andrea appeared on the seventh season of Love Island and had been posting from her recent trip before she took some time  away from Instagram.

She wrote on the last day of her trip: ‘Swung into my 30’s in style. 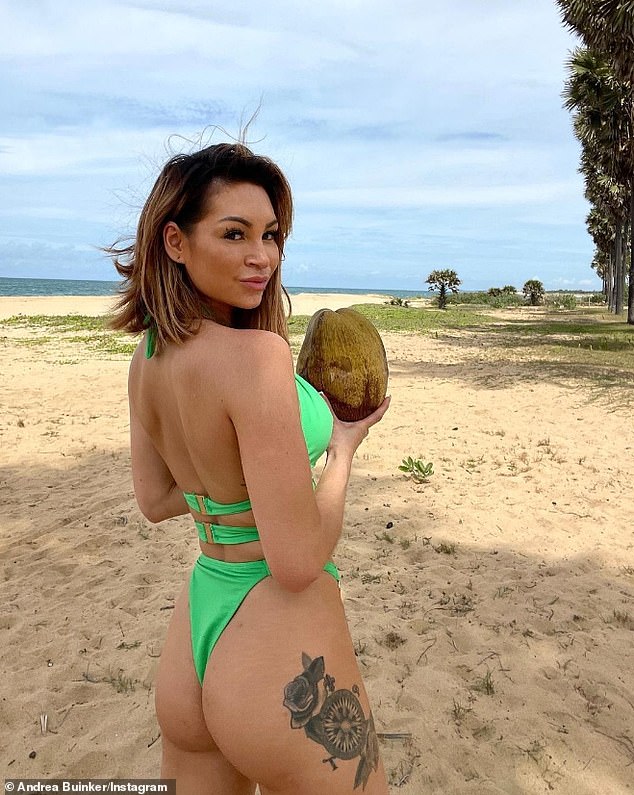 Shaking her coconuts: She shared this picture and wrote: ‘Can’t believe it’s my last day in Sri Lanka and nearly the end of my 20’s birthday trip with @charroserobyn. it’s been amazing Sri Lanka’

‘Can’t believe it’s my last day in Sri Lanka and nearly the end of my 20’s birthday trip with @charroserobyn. it’s been amazing Sri Lanka.’

It’s been quite the time for AJ. She got her cheek filler dissolved back in September after Dr Ahmed El Muntasar told her the filler she had done prior to going on the ITV2 show was injected incorrectly.

She told The Sun: ‘It’s so refreshing having someone being honest with you and not just taking your money, but actually saying ‘no this doesn’t look good, this isn’t a good area to get it’ or ‘you don’t even need it at all’.

AJ famously got rejected by her fellow Islander Hugo Hammond, when she appeared on Love Island.

‘I was absolutely mortified and I didn’t think it could get any worse and then I discovered that. He’d even asked one of my gay friends to send him photos.’ 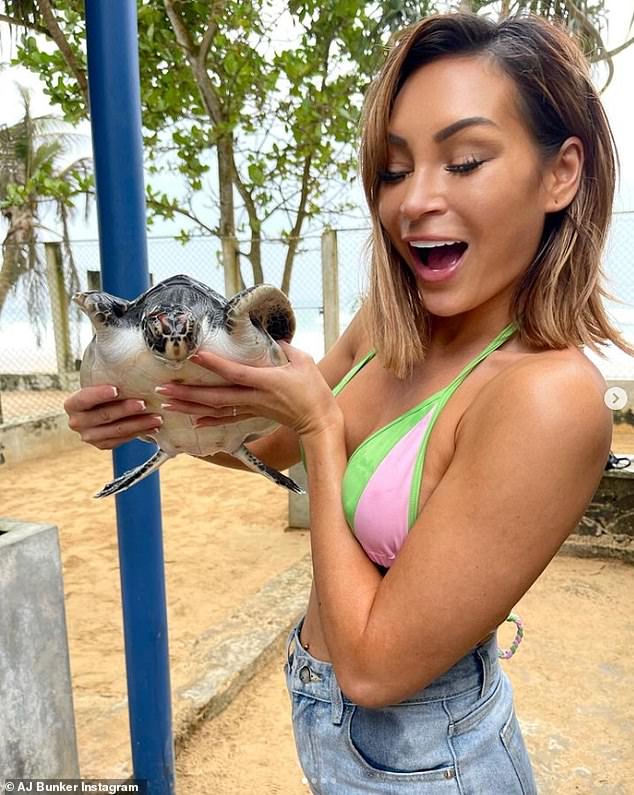