Loose Women star Linda Robson has revealed how she begged strangers in the street to buy her vodka from the corner shop to keep her alcoholism a secret.

The actress, 64, has been three years sober after her family and co-stars intervened and sent her to The Priory when she hit rock bottom.

Now, Linda has spoken about the height of her alcohol battle – revealing she downed a bottle of wine a night and would approach strangers to get her booze, until one day it turned out to be an alcohol crisis worked.

Battle: Loose Women star Linda Robson has revealed how she begged strangers in the street to buy her vodka from the corner shop to keep her alcoholism a secret

Back in 2018, Linda became dependent on alcohol after bring prescribed a drug which was meant to help with her depression – leading to three stints in rehab.

‘I’d find money and say ‘excuse me I’ve lost my key and I can’t get out “‘Would you be able to go and get me a little bottle of vodka from around the corner?’ ,’ she told Woman’s Own.

‘A couple of people did but one day I asked a man to do it and he turned out to be from an alcohol crisis place that my family had called to come and help me.’ 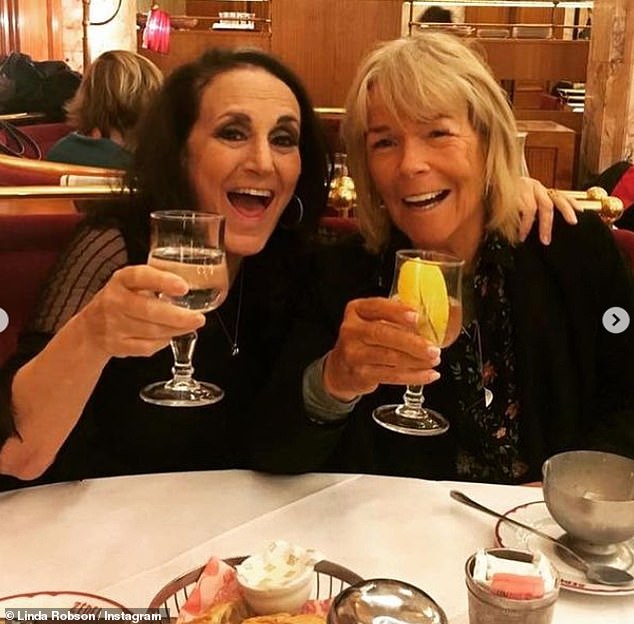 Alcoholic: The actress, 64, has been three years sober after her family sent her to The Priory when she hit rock bottom (pictured with Birds Of A Feather pal Lesley Joseph)

Nowadays Linda swaps wine for cups of tea when on a night out with her Loose Women pals.

The TV star previously spoke about her battle on Loose Women last year.

She said: ‘I went through a really tough time, I was depressed and I turned to alcohol and had cleaning OCD.

‘I used to always have a glass of wine or spritzers in the evening, come 10 o’clock at night, but never in the daytime. And then I got put on medication that sent me a bit mad. 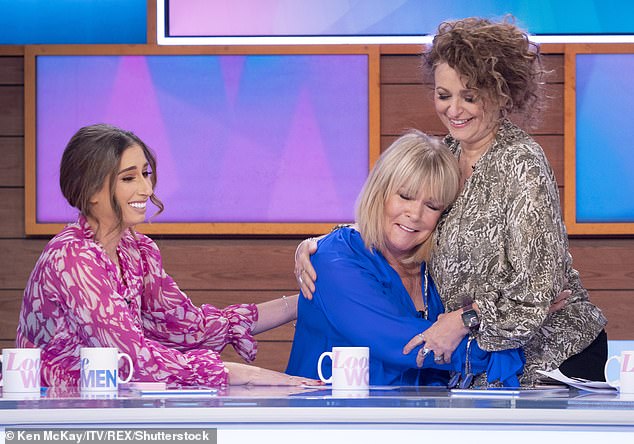 Breakdown: Linda previously revealed how Stacey had to fly her home and take her to The Priory after breaking down during a girls’ holiday in Ibiza

‘I got put on a certain drug which was supposed to help the depression but it didn’t it just heightened it, so I had to go into three different establishments and it was the worst time in my life, I completely ruined my family’s lives.’

Recalling one specific low point, Linda referenced a trip she was on with fellow Loose Women pals – in which she had to return home early from.

She explained: ‘We were in Ibiza and I broke down in front of all the girls, Stacey had to take me home and she took me into The Priory.’

‘I had really bad depression and was self-harming, I was cleaning everywhere I went and washing my sheets every night when I got home.’

Having recovered from the traumatic time, Linda went on to reveal that she now hasn’t drunk alcohol in three years, and doesn’t miss it one bit.

Chatting on the ways she manages to keep her OCD at bay, she shared that keeping herself busy is key – taking her mind off of it.

Linda has previously explained that alcohol wasn’t the core problem, finding out she was ill during one of her rehab stints – following an allergic reaction to the antidepressant she was taking, which was responsible for a large part of her erratic behaviour. 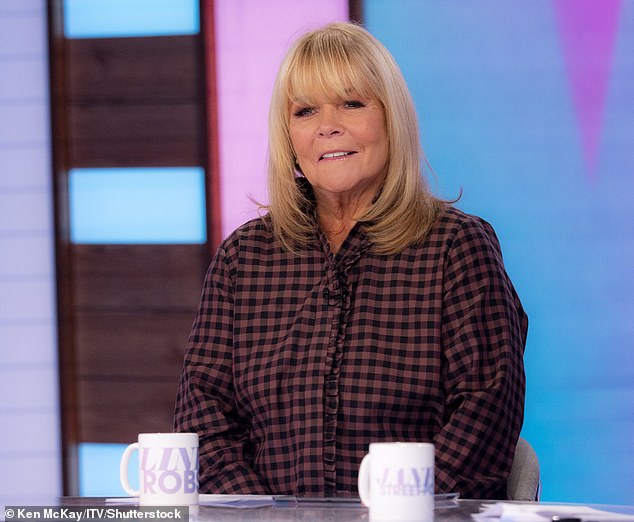 Hard: Linda has spoken about the height of her alcohol battle – revealing she downed a bottle of wine a night and would approach strangers to get her booze