EXPRESS INFORMER > News & Politics > Look out below! 250 British paratroopers jump into Ukraine in joint exercise with its army

Look out below! 250 British paratroopers jump into Ukraine in joint exercise with its army in show of force against Putin

More than 200 British paratroopers have jumped into Ukraine in a joint exercise with its army as a show of force against Vladimir Putin.

Some 250 soldiers from Colchester-based 16 Air Assault Brigade dropped into the Ternivsky training area where they teamed up with thousands of Ukrainian troops.

The Ministry of Defence (MoD) said the exercise built on the strong relationship developed between the two nations’ armed forces, which provides both countries with ‘vital experience of deploying rapidly from air to land to counter threats’.

A member of the Pathfinders exits the back of a Hercules C130 aircraft to parachute into Ukraine. British Paratroopers have mounted a rapid airborne deployment into Ukraine 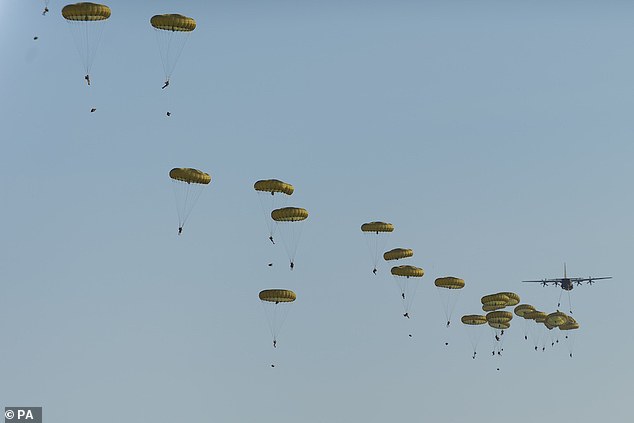 Tensions continue between Russia and Ukraine following the annexation of Crimea in 2014. The conflict has killed more than 14,000 people.

Armed forces minister James Heappey said: ‘Our participation is an important affirmation of our commitment to our defence relationship with Ukraine, our partners in the Black Sea, and our ability to project highly capable troops forward anywhere, and any time, they’re needed.’

Captain Harjot Singh Gill, of 16 Air Assault Brigade, said: ‘We all bring something to this exercise – the Ukrainians bring their resolve and courage and we bring our constantly changing tactics and processes.

‘Our shared values and the airborne nature of our units brings us closer together.’

The MoD said British troops have trained more than 18,000 members of the armed forces of Ukraine in the five years since the start of the UK’s training mission in the country, Operation Orbital. 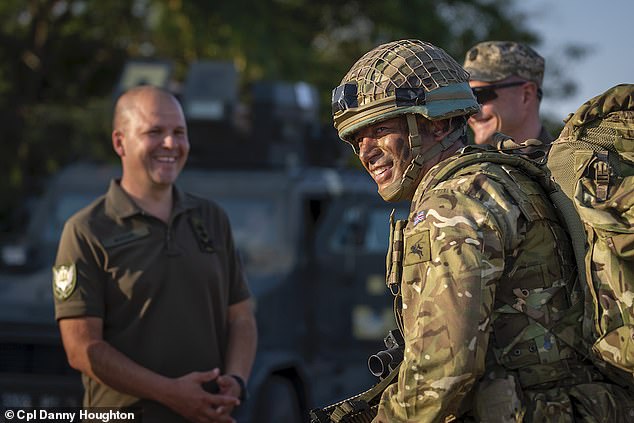 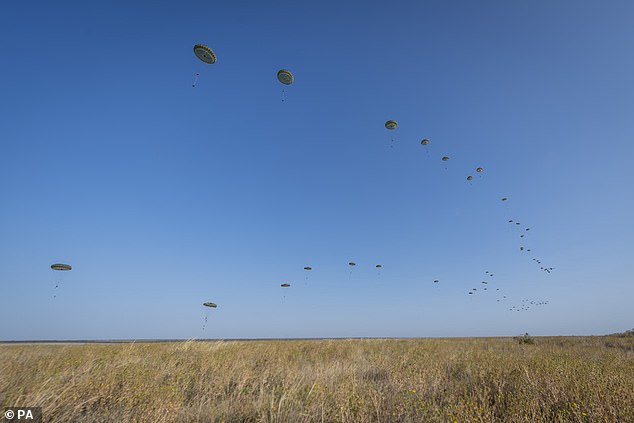 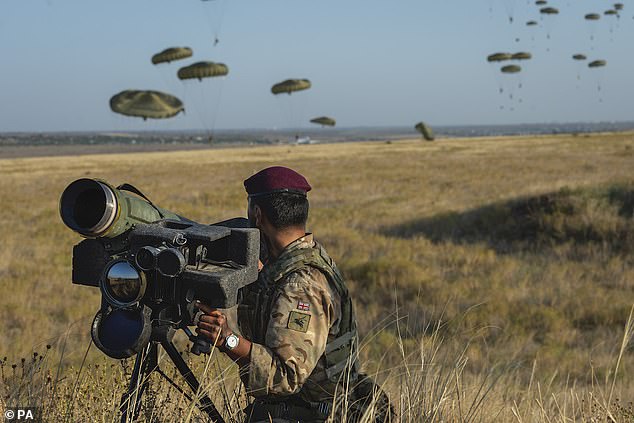 A member of the 3rd Battalion, the Parachute Regiment, Anti-Tanks, in position on the drop zone while a Hercules C130 flies overheard dropping equipment

The operation, which was launched a year after the Russian annexation of Crimea, is a demonstration of the UK’s ‘unwavering commitment to Ukraine’s independence, territorial integrity and sovereignty’, the MoD said.

The parachute practice forms part of Exercise Joint Endeavour, the first multinational exercise in Ukraine since the country achieved Nato-enhanced opportunity partner status in June, which will see the country work closely with Nato militaries to share best practice.

Troops parachuted into the country from 600ft from C-130 Hercules transport aircraft which had flown directly from RAF Brize Norton in Oxfordshire.