By Andy Gardner For The Mail On Sunday

The gentle art of floristry might seem a world away from street protests, but a historic flower market has become the latest battleground for Black Lives Matter activists.

New Covent Garden in London has been accused of failing to promote diversity among its employees and flower sellers while ignoring race issues raised by the BLM campaign.

Iona Mathieson, 26, and Romy St Clair, 29, who run Sage Flowers in Peckham, South London, criticised the market for promoting British Flowers Week by using ‘a bunch of well-established white florists doing demonstrations’ and for highlighting flowers it sent to Boris Johnson on the birth of his son Wilfred.

The florists, who provide edgy blooms for fashion shoots and high- end retailers such as Paul Smith, complained the UK’s largest wholesale fruit, vegetable and flower market was ignoring the issue.

‘We are disappointed that you have chosen not to make a statement on the current Black Lives Matter movement or have any black people (or any other non-white ethnicities) in your campaign,’ they wrote.

‘Furthermore, it has been our observation since we started buying at the market over two years ago, that there is very little in the way of diversity (racially or in gender) in the market employees.’ Bosses at the Covent Garden Market Authority (CGMA) offered to broadcast an online interview with the pair. But the body said it was unable to meet a list of their conditions, including that a black florist was also interviewed.

CGMA chief executive Daniel Tomkinson said: ‘We want to inspire and encourage people from all backgrounds.’ 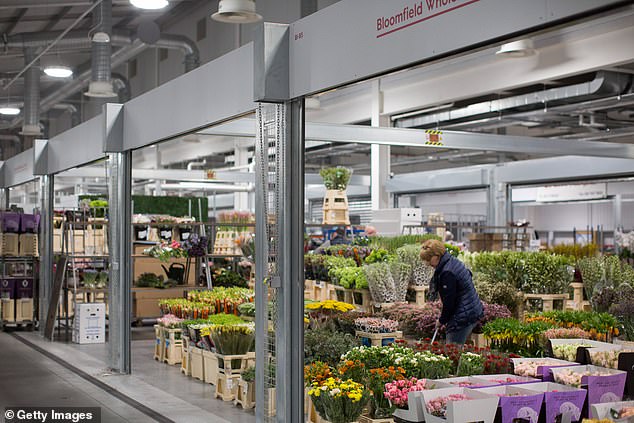