London’s traffic has hit its highest level since the start of March, while just a third of passengers are using the Tube compared to pre-lockdown levels.

For the first time since lockdown, weekly traffic levels in the Capital reached more than 30 per cent, as motorists avoid public transport and make their own way to work.

Figures from today in fact show a fall on last week’s traffic levels, currently resting at 64 per cent, seven per cent shy of last Thursday’s tally, which topped average daily figures for 2019.

Meanwhile on The Tube, seats are still going empty, with the majority of passengers wearing masks as they try and follow social distancing rules.

Tube and train usage is still well below pre-Covid-19 lockdown levels, with commuters either working from home or driving into the office 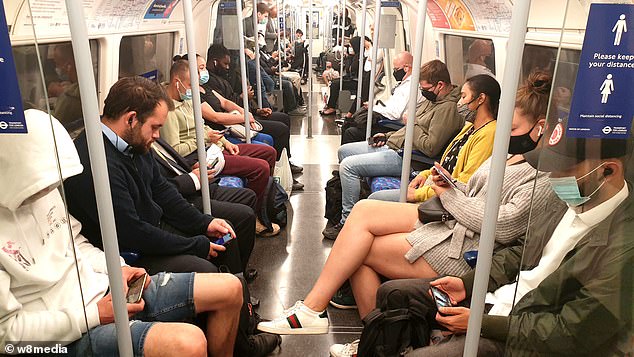 Most passengers on board London Underground services this morning were able to get a seat, but not everyone left room for social distancing 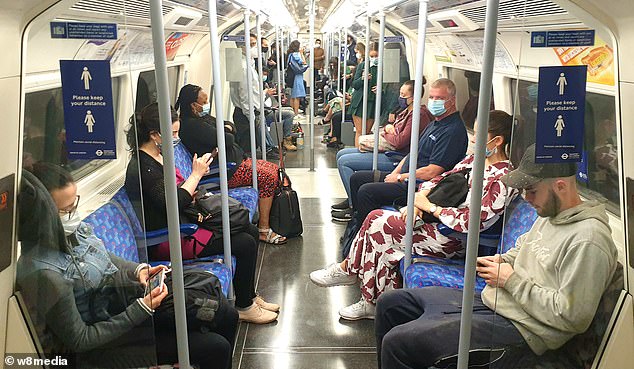 Empty seats are becoming a common sight on Tube services since lockdown measures were eased, as passengers try and create some room to control the spread of coronavirus

Apple charts today show Londoners are preferring to travel to work by car or on foot, rather than relying on public transport – with route searches for buses and trains still below pre-lockdown levels.

Transport for London figures from last Thursday show numbers were rising on the Tube, with 760,000 journeys made by 10am.

Today that figure was 788,000, representing just 34 per cent of normal demand.

Around 980,000 bus passengers traveled through London, just over half (56%) of normal demand. 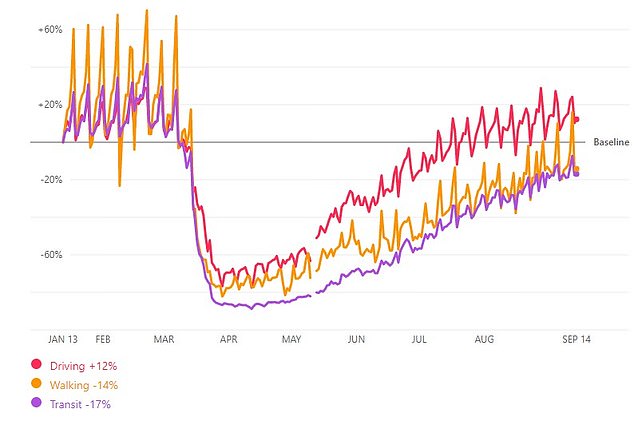 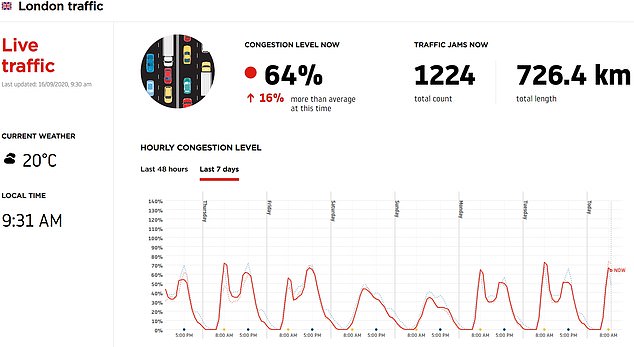 London has some of the busiest roads in the country this morning, as motorists continue to flock back to work in the Capital. Public transport and walking figures are still well below the start of this year. The top graph, showing Apple movement data, shows driving is up by 12 per cent compared to January, while walking is still down 14 per cent and use of public transport down 17 per cent. The TomTom graph, above, shows traffic congestion levels up to 64 per cent in London this morning

In Manchester, weekly traffic figures have fallen compared to last week – while the number of people walking to get about has risen to levels not seen since March.

As of this morning, congestion levels were at 40 per cent, two per cent fewer than last Wednesday.

Like London, average weekly traffic levels are now around the same mark as early March. 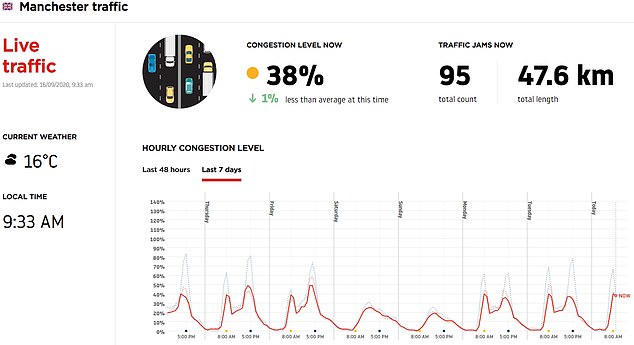 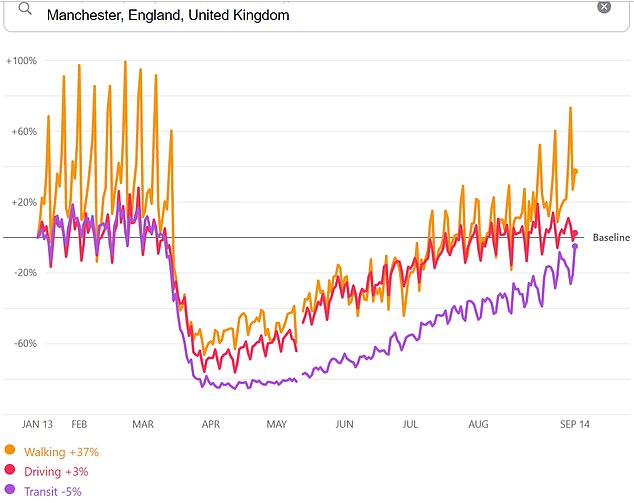 Most people in Manchester are opting to walk as a means of travel, with public transport use still well-below average – the number of people driving remained similar to last week

Elsewhere in Birmingham, traffic levels this morning were four per cent higher than last week, with nearly 180 traffic jams still stretching across local roads at around 9.30am.

Walking remains the most popular means of travelling in the city, while public transport usage has risen to its highest levels since March.

Local roads remained busy between Birmingham and nearby Wolverhampton this morning. 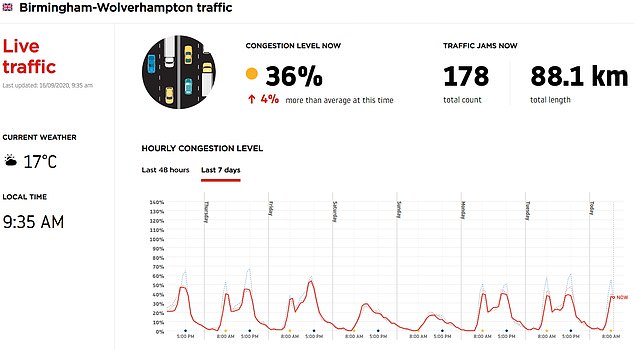 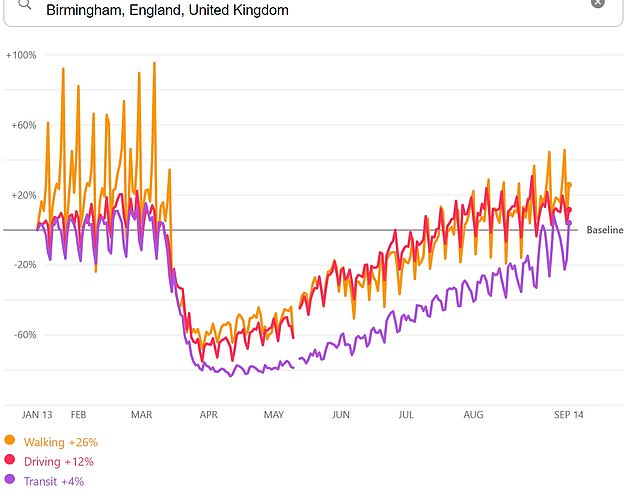 Transport by all means is on the rise in Birmingham, with bus and train use reaching the highest levels since March

While cities in England struggled with traffic this morning, a major route in the Scottish Borders was partially closed after a root vegetable spillage.

Traffic Scotland raised the alarm that a tractor carrying potatoes had overturned near Dunbar on the A1 at Thistly Cross Roundabout at around 7.45am on Wednesday.

The resulting spillage forced the road to be closed southbound after Haddington.

Traffic has been diverted via the A199 before returning at the Thistly Cross Roundabout.

A recovery operation was then launched by the Trunk Road Incident Support Service in a bid to reopen the route, according to Traffic Scotland.

Police Scotland said it is not aware of any injuries.