‘It’s scared not laughing’: Lobsterman shares video of him ‘tickling’ a ‘smiling’ fish but animal lovers react with outrage

A fisherman sparked fury when he posted a video to his TikTok of him ‘tickling’ a fish which people claimed was in severe distress.

Jeffrey Dader was at work last week when he caught the skate in one of his lobster pots.

He later posted a video of himself placing it on the side of his boat and in which he says ‘how do you tickle a fish’ before reaching over and touching it in thick gloves.

The skate fish was caught in a lobster pot off the coast of Cape Cod Bay, in Massachusetts, US earlier this week 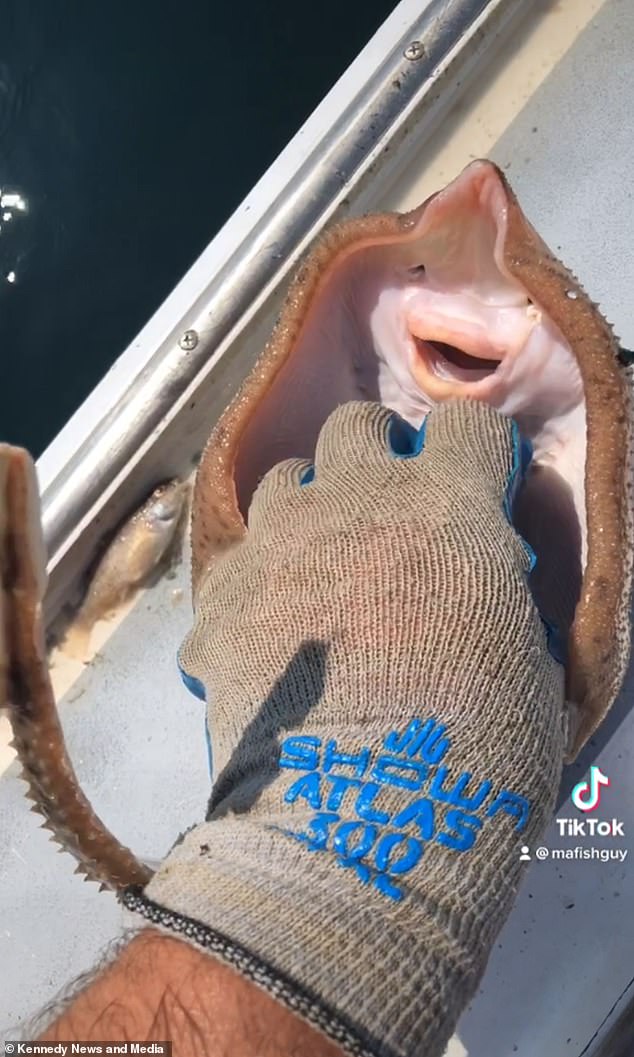 But where he claimed it looked as though it was giggling as its mouth curled up, others claimed it was gasping for air.

The footage, shot in Cape Cod Bay, in Massachusetts, has been viewed 114 million times, with 13 million likes.

Jeffrey, 29, said: ‘It made my day. It’s got such a happy looking face. It’s like a little baby face.

‘I happened to poke it and then it curled up. I was like ‘oh, I’ll tickle that’. After that, I took a video of it and it went back off into the ocean.

‘I poked it and it curled up, then it went flat and I thought ‘I’ll tickle it’. It was just something I tried.

‘Its face is almost human like. It’s like a little kid. It’s such a funny video. The thing went completely viral.

‘It’s not something you see every day. It was a funny reaction. I don’t think it minded being tickled.’

Several people slammed the fisherman for his actions. 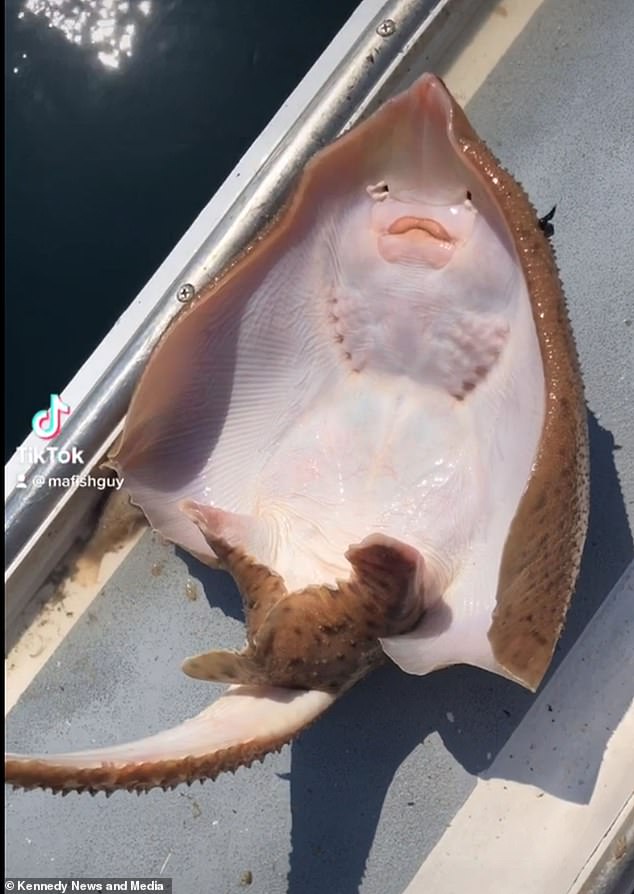 Many people claimed the fisherman was being cruel in the TikTok video, which has been viewed more than 100 million times 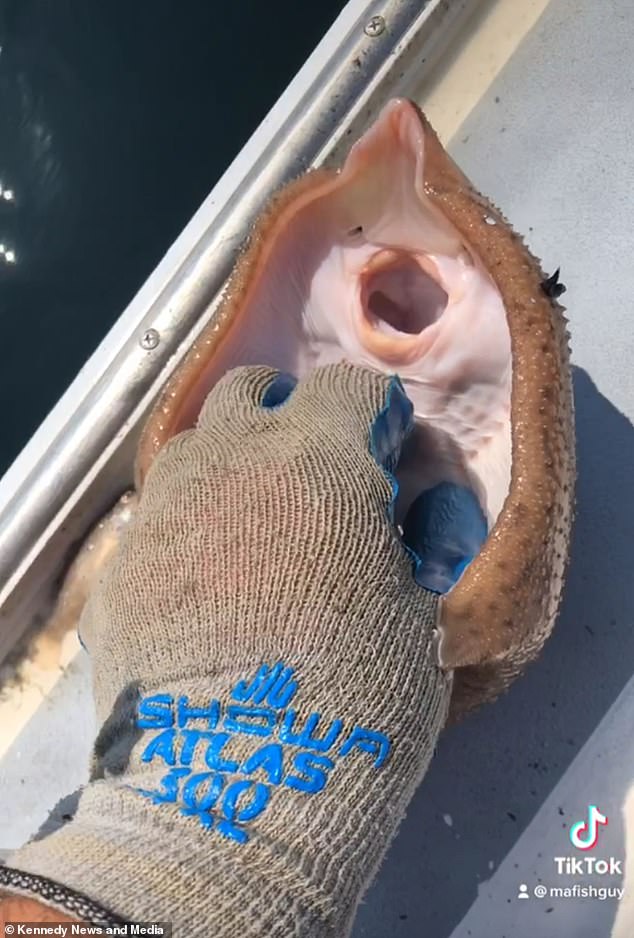 One said: ‘This is incredibly inhumane. This is no way enjoyable for the skate. It’s sad that animals are mistreated for the expense of views and likes.’

Raul Timpel said: ‘Not nice. Put it back in the water.’

Nate Blais said: ‘That fish is clearly so stressed out. How dare you.’

But Jeffrey, who says he sails ‘every day of his life’, says it was fine.

He added: ‘I’m a lobsterman. Sometimes these things come up in the trap.

I’m on the water every day of my life.

People think I’m hurting the fish, but it swam back into the ocean.

‘People don’t realise that not all fish get hurt. I do a lot of my fish catch and release.

‘I’ll catch a fish and throw it right back in the water.’