Steve Bing, filmmaker and philanthropist and father to Elizabeth Hurley’s son Damian, has died at the age of 55.

Bing, whose career in film producing began when he inherited $600 million from his real estate tycoon grandfather, is reported to have taken his own life.

At the time of his death his net worth was estimated to be $590 million.

Details about the Stanford University drop-out’s death were revealed by TMZ on Monday.

The producer and director died after jumping from the 27th floor of the Studio City neighborhood building where he lived.

Sources told the site that he’d been ‘depressed’ about being isolated during coronavirus, but it is unclear if that had anything to do with his suicide.

Elizabeth Hurley with Steve Bing in Los Angeles. After a brief relationship she had his child 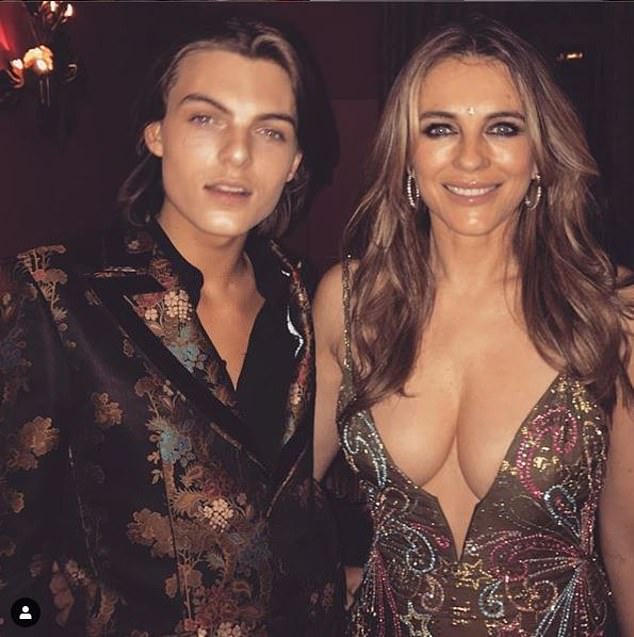 Hurley and her son Damian, 18. Court papers in 2018 said Damian had never met his father

Despite his huge inheritance, Bing was not well known until his relationship with Hurley.

He maintained a low profile, but was forced into the spotlight by their relationship and a subsequent paternity suit, which enraptured the tabloids on both sides of the Atlantic and led him to file numerous libel and invasion of privacy suits.

In 2002 the Los Angeles Times wrote that ‘the press-shy 37-year-old scion is fast acquiring a Gatsby-esque allure and notoriety.’

The paper reported: ‘Now unmistakably on the map as a high-profile Hollywood libertine, he is a man dedicated apparently in equal measures to philanthropy, politics and women.’

Friends of Bing said that the 6’4″ producer was famed for his easy-going sense of fun and his intellect.

‘He’s a fan of strip clubs, has been a high roller in Las Vegas for years, and yet he can discuss the dense Robert Caro biography of Lyndon Johnson,’ the paper claimed.

He was said to count Warren Beatty, James Caan, Hugh Hefner and Mick Jagger among his friends.

As an investor, Bing was integral in bringing Tom Hanks’ Polar Express to life, contributing $100 million to the computer animated feature.

In April 2012, Bing joined the Giving Pledge – a program established by Bill Gates and Warren Buffett to commit multi-millionaires and billionaires to donate most of their wealth to charity during their lifetimes. 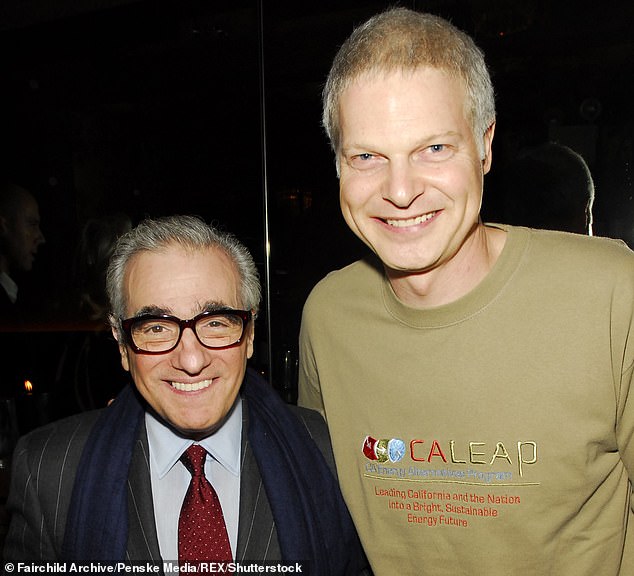 Bing is pictured with Martin Scorcese, who directed the Rolling Stones film Shine a Light, which Bing financed 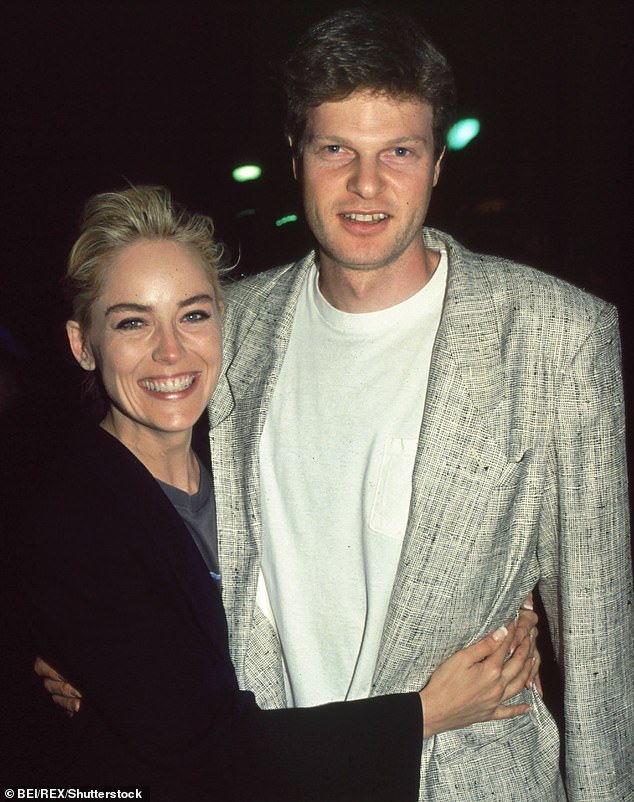 Bing, pictured with Sharon Stone, was renown for his film making and philanthropy 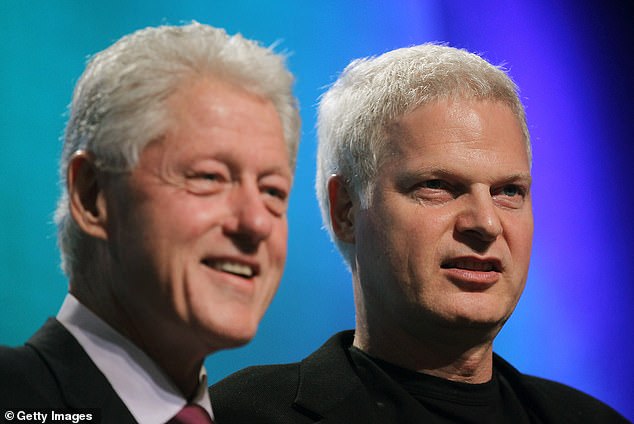 Philanthropist Steve Bing and Bill Clinton in 2010, at a meeting of the Clinton Global Initiative

He is perhaps best known for his 18-year-old son, Damian, with actress Elizabeth Hurley.

Hurley met Bing in 2000, when she was just coming out of her 13-year relationship with Hugh Grant.

They were together for less than a year.

The couple, whose relationship remained non-exclusive, separated briefly in March 2001.

They reportedly reconnected soon after, and in August visited Elton John’s holiday home in Nice.

Hurley informed Bing after they separated that he was the father of her child.

Bing initially disputed Hurley’s claim he was the father but later a DNA test proved otherwise.

In the same year that Damian was born, 2001, Bing was faced with a paternity suit from a second woman, professional tennis player Lisa Bonder.

Bonder, who in 1984 was ranked 9th in the world in singles, was involved in a high-profile child support lawsuit with her ex-husband of 28 days, billionaire Kirk Kerkorian.

Kerkorian, 48 years older than Bonder, suspected that Bing – Bonder’s ex boyfriend – was the father of her daughter.

Kerkorian hired infamous private eye Anthony Pellicano to investigate, and Pellicano took used dental floss from Bing’s trashcan to do a DNA test confirming he was indeed the father.

Dr Peter Bing, Damian’s grandfather, attempted in 2018 to cut his ‘born out of wedlock’ grandson from a sizeable inheritance from his will.

Peter Bing, who donated $50 million to Stanford University in 2006, established his trust in 1980 to ‘benefit [his] future grandchildren’, who were born or adopted at a young age by Steve or his daughter Mary, according to court papers.

The trust states children who were born out of wedlock and who didn’t live in their parent’s home for a significant amount of time as a minor, would not be considered as beneficiaries.

The elder Bing also states that Damian Hurley would not be considered as a beneficiary either because he was born out of wedlock and not only never lived with his film producer father but ‘never met’ him.

However, in July 2019, an LA judge ruled that Damian and his half-sister Kira Kerkorian were indeed beneficiaries to Dr Bing’s trust.

Bing has also been romantically connected to Uma Thurman and Naomi Campbell.